A Simple Yet Intoxicating New Build Near Mecox Bay 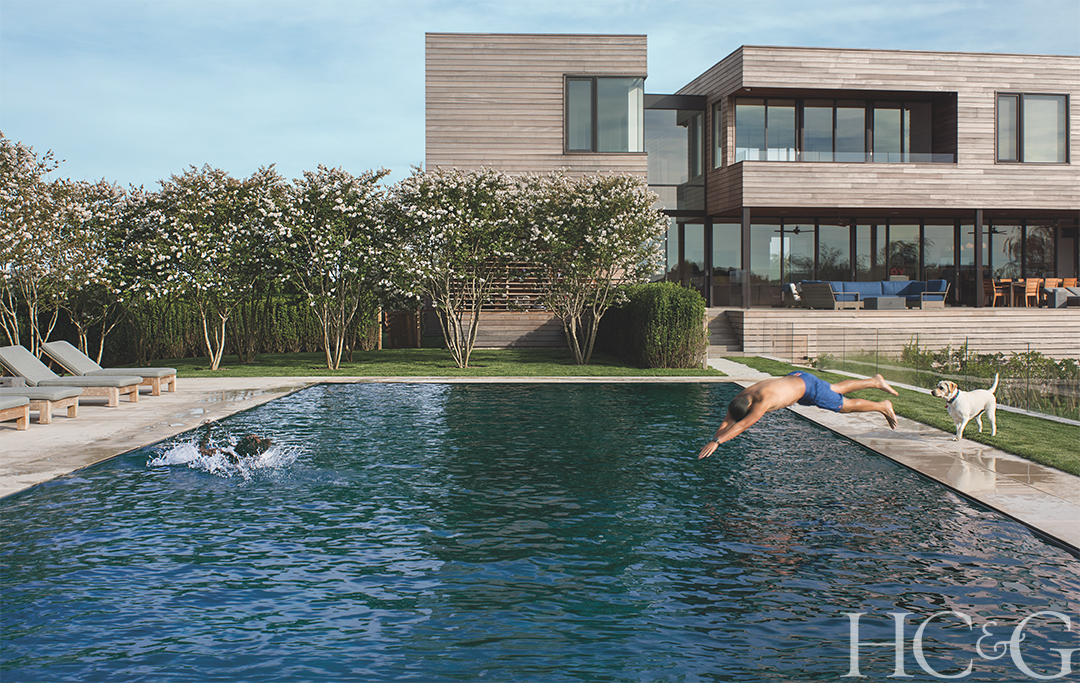 In the South, porch-sitting is, if not an art, certainly a time-honored tradition. Elisabeth Turner was raised in Miami and has family in Charleston, so when she and her husband built a Bridgehampton weekend house, a screened porch was a given. “We always had one while I was growing up,” she says, “although the one in this house is modern—very funky and electronic.”

Located beneath a second-story deck, the souped-up porch is just one of countless details incorporated into the project by the couple’s architect, Mary Burnham, of Manhattan-based Murphy Burnham & Buttrick Architects. It features screens that can be raised and lowered at the flip of a switch, allowing the Turners to embrace alfresco living at its best. 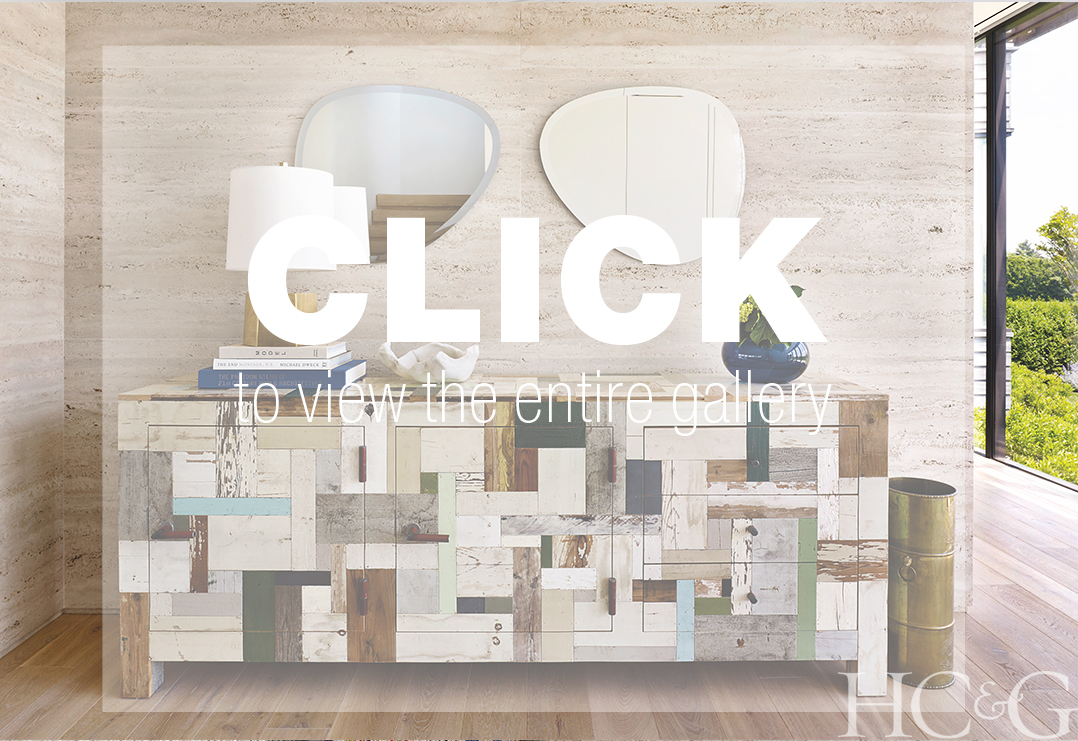 Overlooking Sams Creek, an arm of Mecox Bay, the house is all about outdoor space. In 2015, the Turners bought the property, knowing that the existing small house and kidney-shaped pool, smack-dab in the middle of the lot, wouldn’t cut it for themselves and their twin sons. “We situated the new house as close to the road as possible to create a large backyard overlooking the water, with the pool on the northeast side of the site so that it wouldn’t obstruct the views,” Burnham says. This Hamptons home is the third collaboration the couple have had with Burnham, “so we already had developed a shorthand with Mary in terms of the types of rooms we like and how we’d be using the house,” Turner says, “particularly when it came to entertainment spaces and bedrooms. We like to entertain, but casually. Our rule is, you come in flip-flops and a T-shirt, or you don’t come. And what we thought might happen has happened: There’s not a weekend without at least five 17-year-olds on site. Instead of our party house, it’s my kids’ party house!”

Given the directive, Burnham devised a plan that “could absorb a number of guests and a separate area for the twin boys,” she says. “Overall, everything had to be really airy and light-filled.” The ground floor is “mostly one big open space with lots of glass” encompassing the living room, dining area, and chef’s kitchen. “Elisabeth is someone who actually cooks, and she was very interested in getting the kitchen right. It feels like an extension of the living room, but doesn’t scream ‘kitchen.’” Floating in the middle of this large public space is a travertine-clad cube near the entry. It contains the only bathroom on the first floor and the living room fireplace. “In addition to defining the end of the living room,” Burnham says, “each side negotiates a different need. It’s the anchor around which everything revolves.”

Guest rooms, the master suite, and office are located adjacent to or above the main living space, all punctuated by huge windows. An inset volume housing a staircase doubles as a “bridge” that connects this part of the house to a media room, the boys’ bedrooms, and the laundry room, while also providing a break in the house’s rigorously rectangular silhouette. The structure is “very outward-facing,” Burnham says. “It was designed to give every single space more than one reference to the outside. Skylights go all the way down to the bottom floor, so you’re always aware of the changing light of the day. And some windows have slatted sunshades, so that you can see the movement of the sun during the day as you move through the house.” Turner admires “the lovely flow throughout the building and even on top of it, where you can see the ocean as you come upstairs. And while we definitely wanted to maximize the view of the ocean, there’s never a day that we’re not also blown away by the view of the creek.”

The creek’s natural beauty belies the thickets of red tape associated with local revegetation requirements on wetlands and coastlines. Native plants like bayberry, ornamental grasses, and blueberry bushes now enhance the walkway to the dock, and giant chunks of limestone lead to and surround the black-granite infinity-edge swimming pool. Landscape architect Edmund Hollander surrounded it with crape myrtles (another touch of the South), privet, and sweetgum and willow trees.

A crucial complement to the sensitive architecture and landscaping is the interior decor, courtesy of London- and Westchester-based designer Rachel Laxer. Well before the house was completed, a pair of upholstered rattan chairs Turner and Laxer spotted on 1stdibs.com set the project’s tone. “They’re the color of sea glass,” Turner says. “They sat in Rachel’s attic for a year!”

Used in abundance, vintage pieces “make the home feel more grounded and more authentic,” Laxer says. “I love to create what I call barefoot luxury. I don’t design things to be so precious that you can’t enjoy life, especially in a second home.” Cases in point include a Piet Hein Eek sideboard made of scrap wood in the entryway, a bench upholstered in strips of Swedish rag rugs and a resin headboard by Martha Sturdy in the master bedroom, and cushy linen- and wool-blend carpets that are “like sweaters,” easier on the feet than the obligatory beach-house sisal. “Since the home is modern, I didn’t really do anything but keep it clean and simple. Uniformity in a country house provides a sense of ease and relaxation, and that was the end goal.”

A version of this article appeared in the August 15 issue of HC&G (Hamptons Cottages & Gardens) with the headline: Summer Splash.