A Streamlined Garden and Minimal Architecture Coalesce in Water Mill 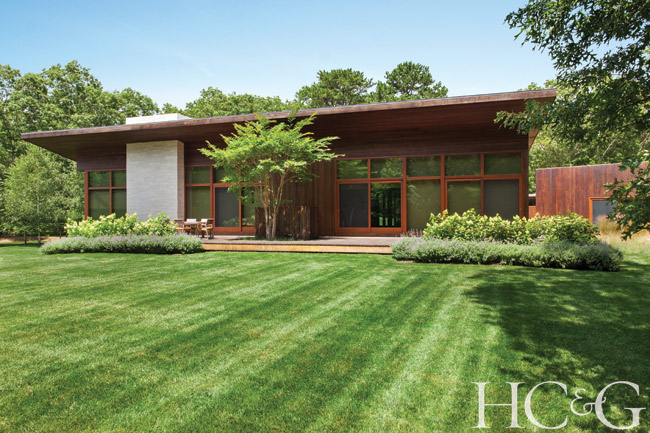 It’s safe to say that most modernist architects prefer to see their residential creations anchored on flat planes of grassy lawn, but landscape designers often have additional ideas that can enrich a project further. “I like being involved from the inception,” says Julie Farris of Brooklyn-based XS Space, who worked on the Water Mill property featured here with Khanna Schultz, an architectural firm also headquartered in Brooklyn. The team used soil from the house excavation to change the topography of the landscape, formerly an unremarkable swath of scrub oak, and conjure a variety of enchanting vistas from inside the home. Since local regulations limited development of the six-acre site to 15 percent of the property, Farris “blurred” the edge of the woodland with blueberry shrubs and red maples and softened the architecture with a mostly native plant palette that makes the cultivated areas less abrupt and jarring. “The undulations of the land, the house’s architecture, and carefully positioned trees create a beautiful shadow play throughout the day,” she says. “I’m always trying to simplify things, even before I start designing. Using less leads to a more elegant landscape.” 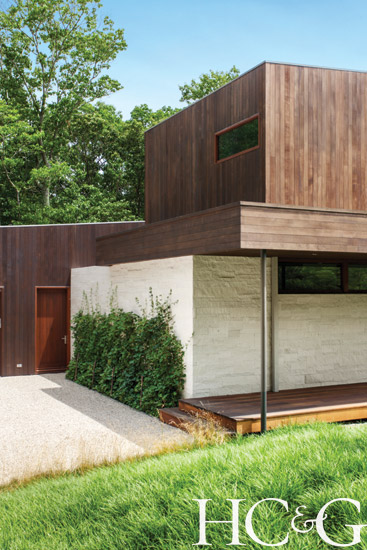 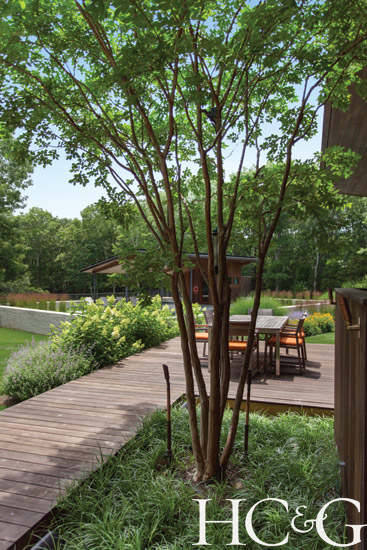 A climbing hydrangea softens a stone wall at the head of the driveway (Left). A crape myrtle underplanted with liriope is inset into the deck (Right). 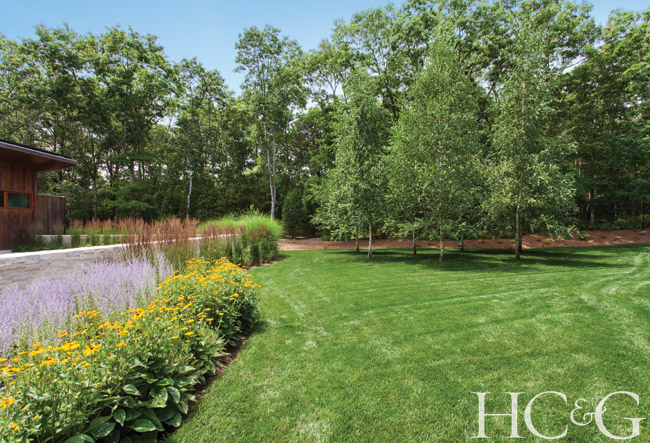 Black-eyed Susans, Russian sage, and grasses obscure the pool wall, while gray birches sway in the distance (Above). 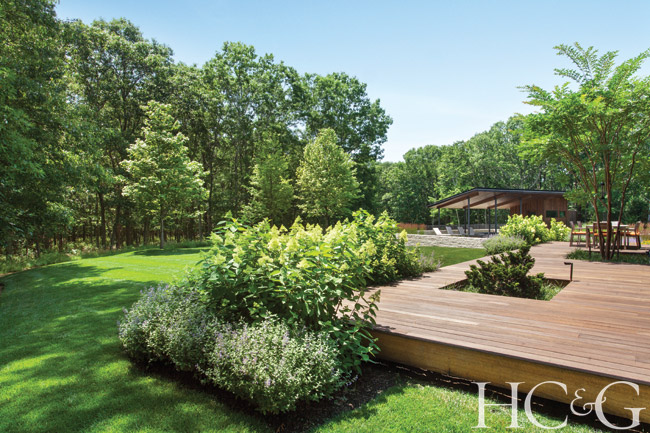 Hydrangea and nepeta hug a corner of the deck 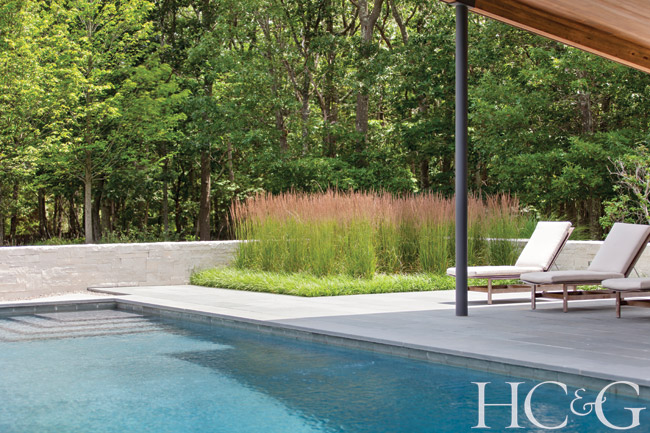 A bed of Calamagrostis fills a corner of the pool area.

A version of this article appeared in the August 15 2015 issue of Hamptons Cottages & Gardens with the headline: Linear Thinking.