A Stunning Japanese Garden in the Heart of Litchfield County 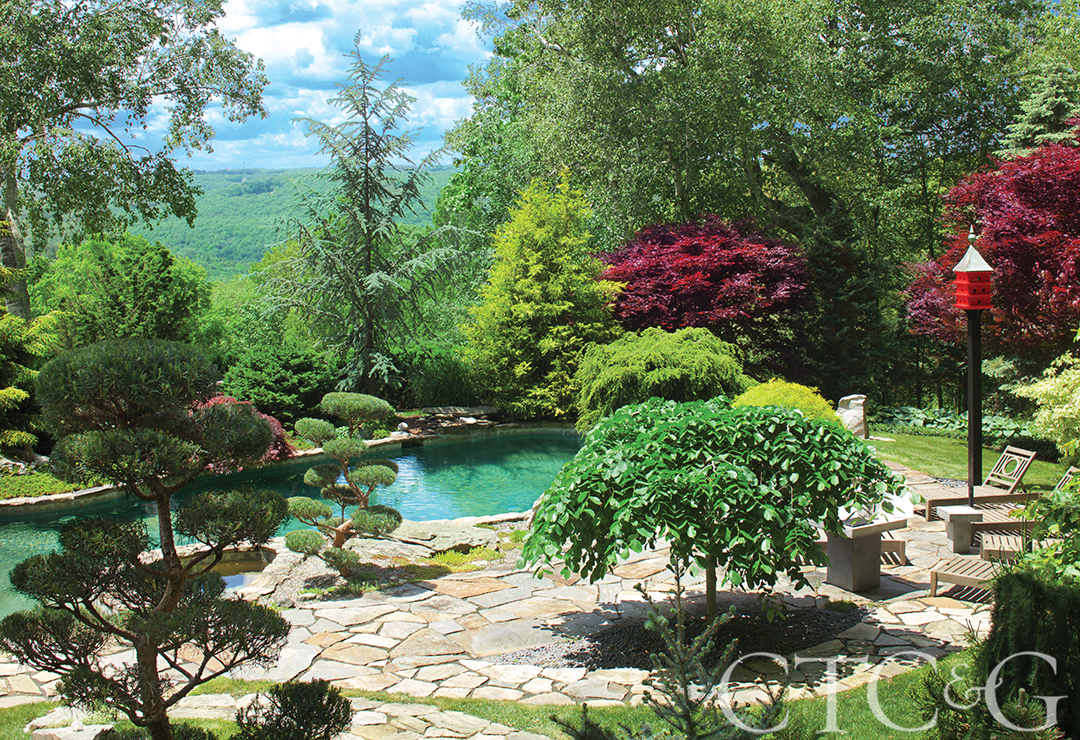 A well-groomed 30-acre Litchfield County property had been carefully landscaped over time with boxwood, conifers, azaleas and a free-form pool. Four years ago, over a sushi dinner with his neighbor Chris Zaima, the lawyer-entrepreneur owner noted that he’d always wanted a garden with a holistic Far-Eastern aesthetic. Zaima, a designer of Japanese descent, expressed a keen interest, and together they took on the project, intermingling elements of the Far East with the New England landscape.

Traditional Japanese gardens evolved through the centuries from showy gazebos of merchant mansions to simple retreats. Incorporating elements of Shinto, Zen and Buddhist religions, the natural landscape was highlighted using plants and worn, aged materials to express harmony of thought, the fragility of life and the passage of time. A central concept in creating these gardens was the selection and placement of stones. According to a Japanese legend, carp strong enough to swim up a sacred waterfall are transformed into a dragon, a symbol of energy, courage and long life. In this Roxbury garden, the dragon’s back is represented by a path of stones that twists uphill to meet a waterfall flowing under a teahouse pavilion. 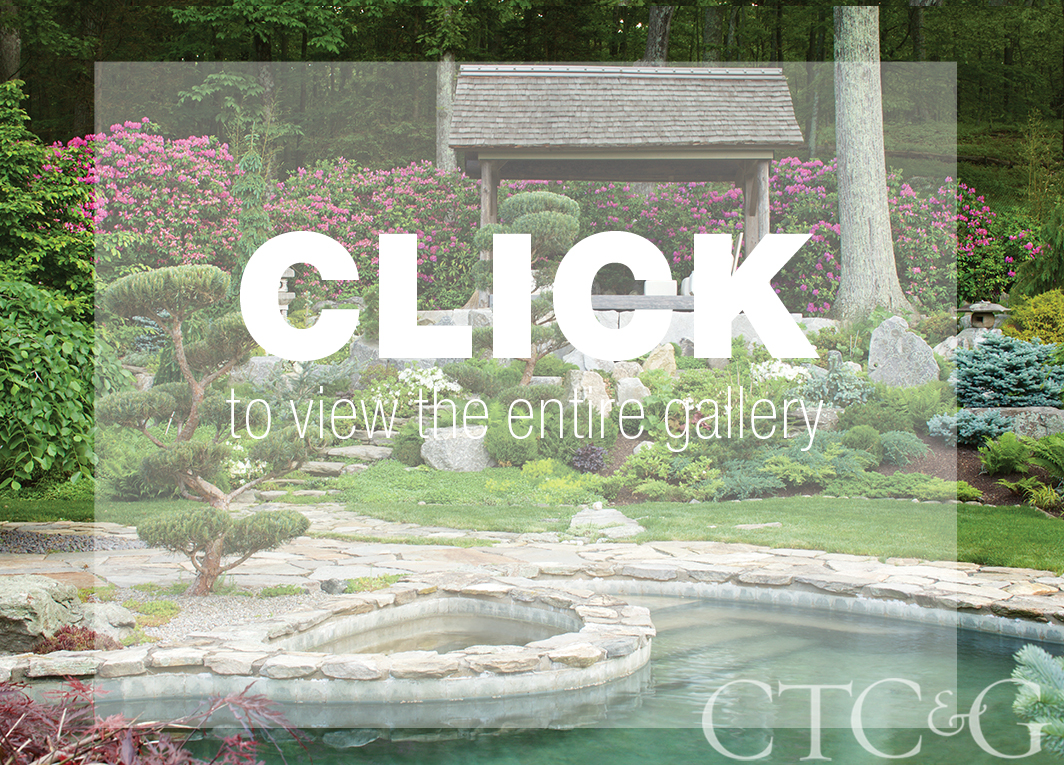 Zaima and the owner spent hours searching through a New Milford quarry for rocks with the right shape, size, markings and natural beauty. Once stockpiled on site, placement decisions had to be final, as they were not easily moved around. “I’ve never moved big rocks before,” Zaima notes. “I’ve planted plants, but not boulders.” Near the dragon’s path, Zaima situated stones symbolizing the crane, the turtle and a long life. In a spontaneous moment, a tall stone shard was inverted to create a natural garden chair.

In the sixteenth century, the teahouse became an important garden feature. Following the wabi-sabi aesthetic, simple, undecorated wooden teahouses were fashioned to suggest cottages of hermits or monks. “It was the idea of scholars leaving the turmoil of the city and retreating to nature to contemplate and focus on the self,” Zaima notes.

In Roxbury, the pavilion he created hovers over a waterfall. Columns supporting the roof are reminiscent of the famous Katsura Imperial Villa in Kyoto. Concentric squares in the wooden floor were antiqued in white to give the look of age. Minimal furnishings are bolstered with thick, white, comfortable cushions, while slatted bamboo-like electric blinds can be adjusted to screen the sun. “We left it open sided because we didn’t want to obstruct the views,” explains Zaima.

Adapting the practice of shakkei (borrowing scenery), distant views of the Berkshire foothills are incorporated into the landscape design—their changing colors adding to the seasonal drama. “Any garden should be beautiful in any season,” says Zaima. The landscape expresses evolving life with the leafless tranquility of winter giving way to rejuvenating blossoms of spring. Vivid summer colors pass to the shades of autumn.

Like the Japanese people, whose gardens tend to be retreats from bustling city life, the owner sees his garden as an island of order in a sea of chaos, a place to seek alignment, contentment and the harmony of body, mind and spirit. “My life in Connecticut is in that garden instead of in my house,” he says. “As much time as I can spend there, I do. We intended it as a place to feel centered and renewed, and that’s what it achieves.”

A version of this article appeared in the May 2018 issue of CTC&G (Connecticut Cottages & Gardens) with the headline: East-West Synergy.