A Stylish Tribeca Pied-à-Terre Dazzles from Every Angle 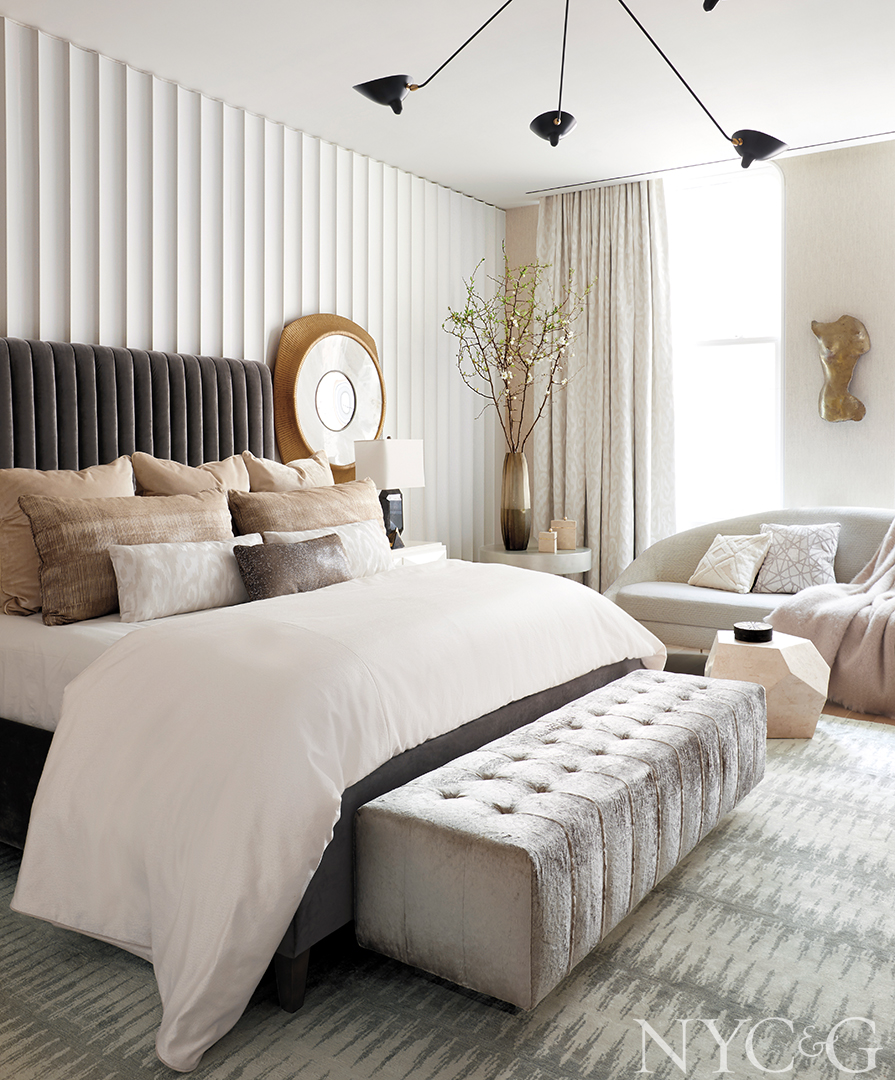 At the outset, the project appeared straightforward and likely to proceed swiftly. Decorator Jordan Carlyle beat out other firms with his sumptuous, streamlined vision for a Saudi Arabia–based couple’s new Tribeca pied-à-terre, which they had purchased sight unseen in a landmark 1881 building. Featuring interiors by Pritzker Prize–winning architect Shigeru Ban, the structure was being converted into condominiums.

Upon landing the job, Carlyle conducted two design meetings during the course of a weekend when the globe-trotting pair were in town, settling on most of the three-bedroom duplex’s furnishings, lighting, and fabrics. “We moved full steam ahead because they wanted the apartment to be ready in six months,” recalls Carlyle, who promptly placed furniture orders and commissioned custom pieces for the 2,800-square-foot space.

But they soon found themselves at the mercy of New York City’s famously slow-moving and mercurial real estate gods. Restoring the historic building was no small task, and unexplained construction snags dragged on for nearly three years. “I had never experienced delays to that extent before,” says Carlyle, an Alabama native who opened his eponymous decorating firm in 2007. “The clients couldn’t just give up and find a new apartment because we had designed everything down to the square inch. So anything we had already acquired had to sit in storage.” 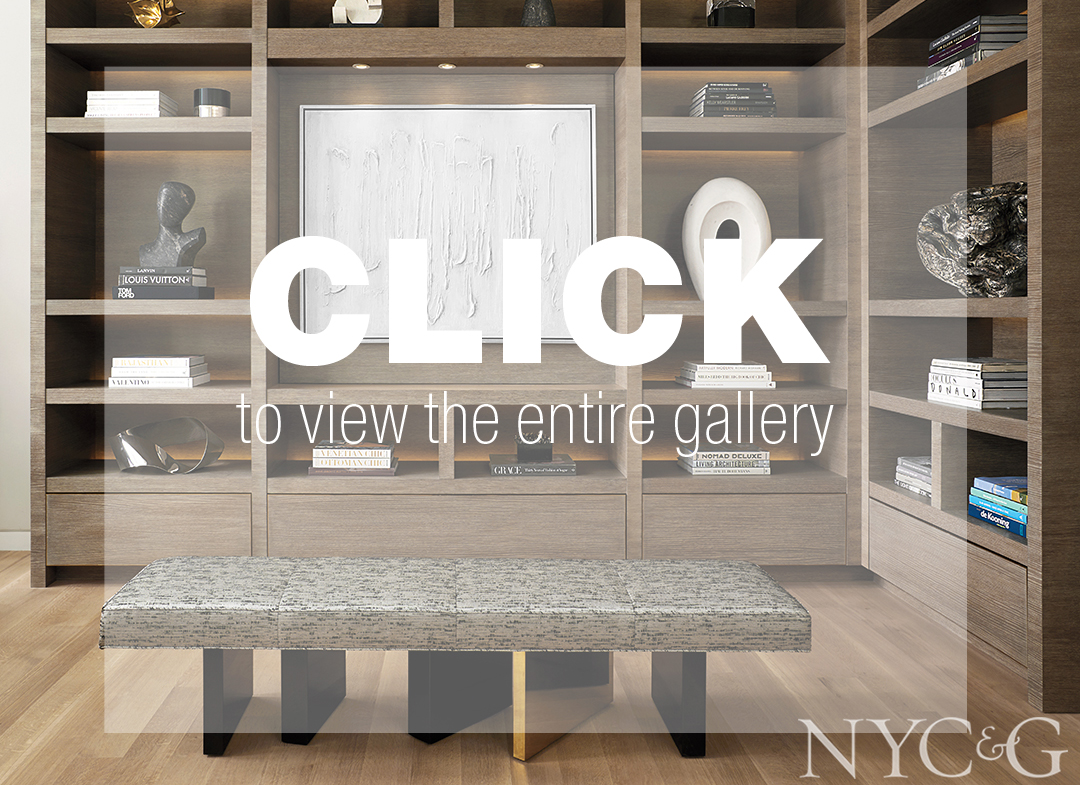 During the long wait, Carlyle convinced the couple to remain patient and “kept them focused on their beautiful purchases and the special elements we had laid out.” Among these: a chic black-and-white-lacquer vanity designed to fit snugly in a master bedroom niche, plus tailored and sculptural furnishings from a range of sources including Hervé Van der Straeten and Edward Wormley, all carefully curated to balance the proportions of the soaring living room. For the entry, Carlyle had dreamed up an L-shaped built-in cerused-oak bookcase for displaying artwork and accessories, alongside a stand-alone upholstered bench.

As the months passed by, the clients received numerous move-in dates, only to find them canceled without reason later. These “false starts,” however, afforded Carlyle the opportunity to reassess a few of his original design decisions. “Ordinarily, I wouldn’t have the luxury of changing things out, but this project went on for so long that I found new pieces that improved on my initial plans,” he says. Worried that the television he intended to mount on a living room wall would “look lost” in an area with 25-foot-tall ceilings, he switched gears and bought a round eight-foot-wide mirror television instead. And metallic drapery fabric earmarked for the room’s window treatments gave way to a sheer charcoal textile. “I’ve always been drawn to shiny things, but over the course of this project I ultimately decided to tone them down.”

Carlyle’s sophisticated design scheme also extended to the apartment’s three bedrooms, two of which would be home to the clients’ four children. For the shared boys’ room, he fashioned a mature space that doesn’t sacrifice fun. Here, a pair of pillow-topped benches at the edge of each bed look polished, but they also double as extra seating for video game tournaments. Carlyle transformed the diminutive girls’ bedroom into a jewel-box-like retreat, opting for a black and blush-pink geometric wall covering, rock-crystal lamps, and a velvet-and-lamb-fur ottoman. “These clients aren’t the type who get overly concerned about the combination of kids and fabrics,” the designer says. “The ultimate goal was to create a place that’s both stylish and family-friendly.” And just as their apartment evolved over time, “I also witnessed myself as a designer evolving and changing. It was very inspiring.”

A version of this article appeared in the April 2019 issue of NYC&G (New York Cottages & Gardens) with the headline: Deluxe Duplex.

This article appears in the April 2019 issue of NYC&G (New York Cottages & Gardens).