When a couple wanted to repurpose a three-season porch into a new family dining room at their Litchfield County home, they turned to New York City–based designer Stephen Saint-Onge. The homeowners were interested in a casual, welcoming space for informal dinners, family game nights, working from home and as a central location for the kids to do homework. “Just simple and easy—not stuffy and formal,” says Saint-Onge. 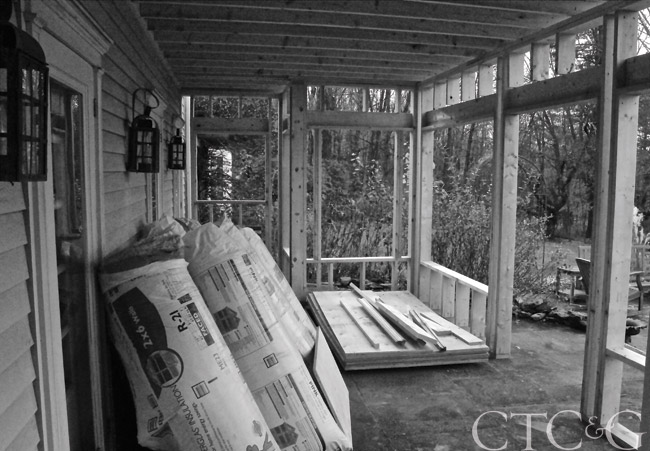 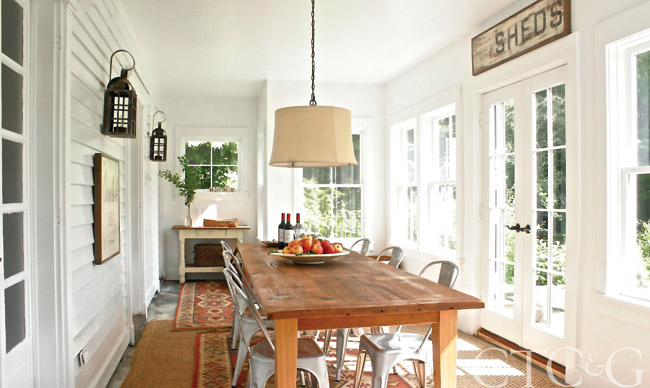 In keeping with the home’s style, Saint-Onge retained elements that make it still feel like a farmhouse porch (i.e., clapboard walls, exterior lanterns as sconces). The existing (now interior) French doors allow the family to move easily from this casual dining area into other rooms of the house. A former kitchen window functions as a bar with stools that provides additional seating. “The bar top is made from an old barn door that was used as their original dining room table,” says Saint-Onge. The window bar does double duty as a pass-through for meals and as a casual, inviting corner to enjoy morning coffee. Natural light floods the space through windows and a set of French doors that lead to an outside patio “bonus room” with a fire pit and Adirondack chairs.

A version of this article appeared in the March 2015 issue of Connecticut Cottages & Gardens with the headline: Casual Dining.