A Tiny Westport Cottage Gets a Designer Makeover 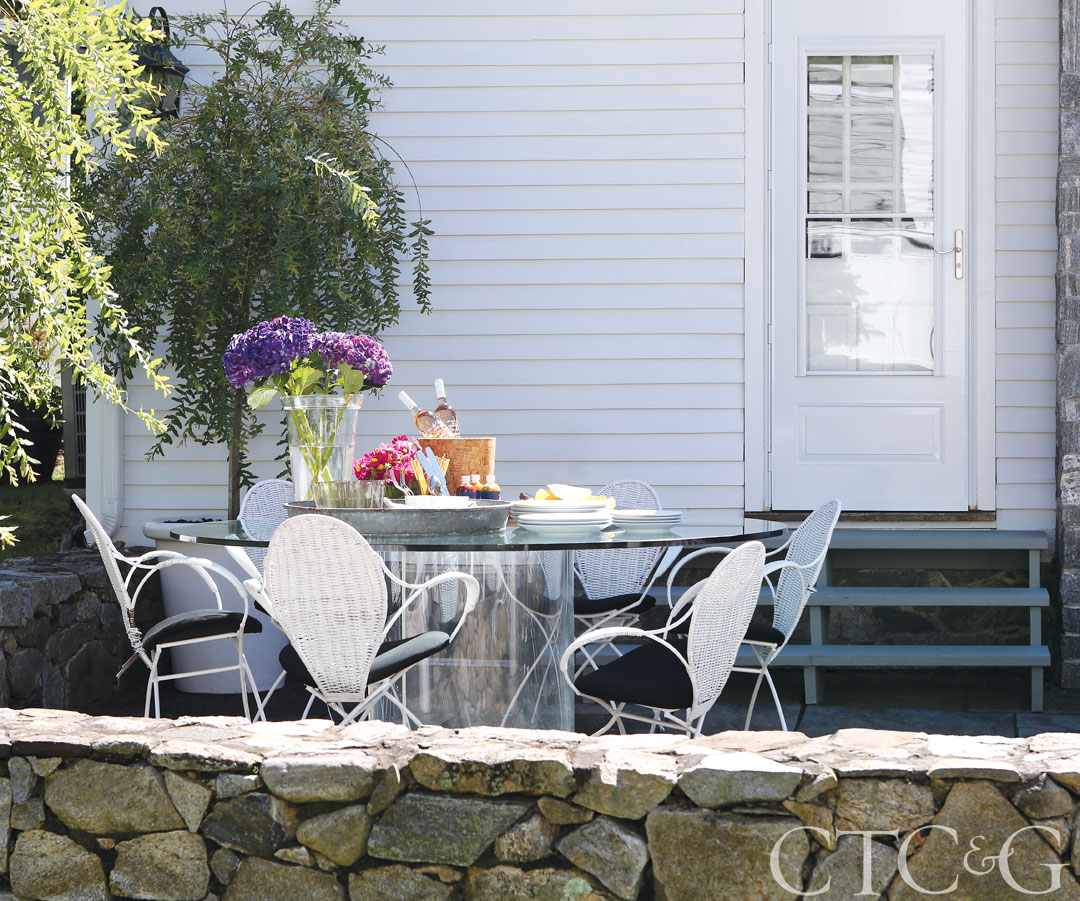 Most of us have experienced that love-at-first-sight moment. Something about the shape and sheer presence, the handsome details that make us respond accordingly. Yes, that experience usually involves a romantic partner, but it can also apply to a property. When Kirby Redding drove up with her mother to see a rental cottage on the grounds of a larger Westport property, she recalls that instantaneous attraction.

“The moment I saw the cottage from the outside, I called the broker and said I’ll take it,” she recalls, “even without going inside. And since living here, I’ve made it all my own.”

Redding, who has her own interior design business, Redding | Fox, is used to setting up shop in multiple locales—wherever she has a concentration of clients. So, in addition to this residence, she rents apartments in Palm Beach and New York City. “I grew up in Westport and I knew what life could be like here, so that’s what brought me to this cottage and back to my home base.”

Her landlords, who live in the larger main residence on the property, watched her bringing in furnishings and shopping bags of accessories. “They were intrigued and kept peeking in,” she recalls, “and they let me make this my domain.” 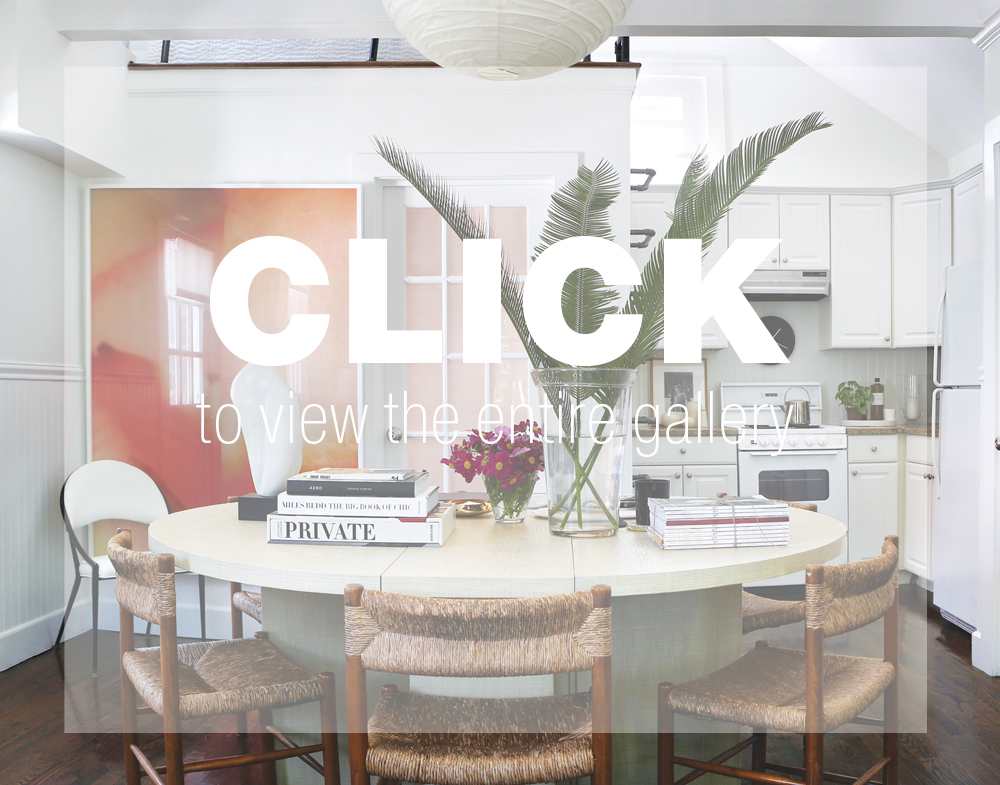 For awhile, Redding contentedly occupied the 800-square-foot cottage, using every bit of its one level of living space. Then, the owner installed a ladder of iron rungs leading up to a sleeping loft—hardware that is at once practical and sculptural. “It’s a non-event up there,” says Redding, “just a queen-sized bed where I sleep. But now I have a lot more real estate to occupy on the main floor.”

Because of its diminutive size and lack of defined rooms, the cottage’s walls, ceilings, doorframes and expanses of beadboard are painted in Benjamin Moore’s Super White. To further keep the space as bright as possible with natural sunlight, she installed sheer shades for privacy, but kept decorative fanlights and multipaned French doors uncovered. “I wanted this to feel as open as possible and to emphasize the 12-foot ceilings.”

A decidedly modern aesthetic rules: A white paper Noguchi lightshade hangs above a dining surface, while the black steel fins of a Calderesque mobile rotate over the living room area. “Those two elements are the centerpieces that define the space as a whole,” notes the designer. To further create a loft-like feel to an otherwise traditionally styled cottage, Redding brought in a vintage glass and chrome coffee table that references a Mies van der Rohe design, a minimally articulated daybed by designer Darryl Carter, and white open-mesh metal chairs. Although the designer was careful not to break up the open space, she suggests different living functions through subtle cues: A zebra-skin rug defines a living area, a large round table establishes a dining space, and a vintage dresser fills a narrow alcove.

While Redding says the size of the one-room cottage is ideal for a single person, she feels fortunate to have two additional rooms to occupy—both outdoors. A dining patio, circumscribed by a stone wall typical of this part of Connecticut, is where she has alfresco meals with friends, while an adjacent sunken area is furnished as an outdoor living room. Her choices here include a Lucite table she had long ago bought for a client, who later sold it back to her. Years earlier, she had spotted armchairs at the Stamford Antiques Center that, to her dismay, had been sold to someone else. But they re-emerged in the center later. “It was meant to be that I would have them,” she notes.

“As I find things, I add things,” Redding says. “I’m always looking for new artwork, but the bones are all there for me. I love traditional things and modern design, and I think I’ve found a nice way to establish a mix in a cottage in a little Connecticut town that is home.”

A version of this article appeared in the April 2017 issue of CTC&G (Connecticut Cottages & Gardens) with the headline: Home Girl.