A Tribeca Apartment Gets a Contemporary and Colorful Redesign

Alyssa Bird, Photographs by Will Ellis, 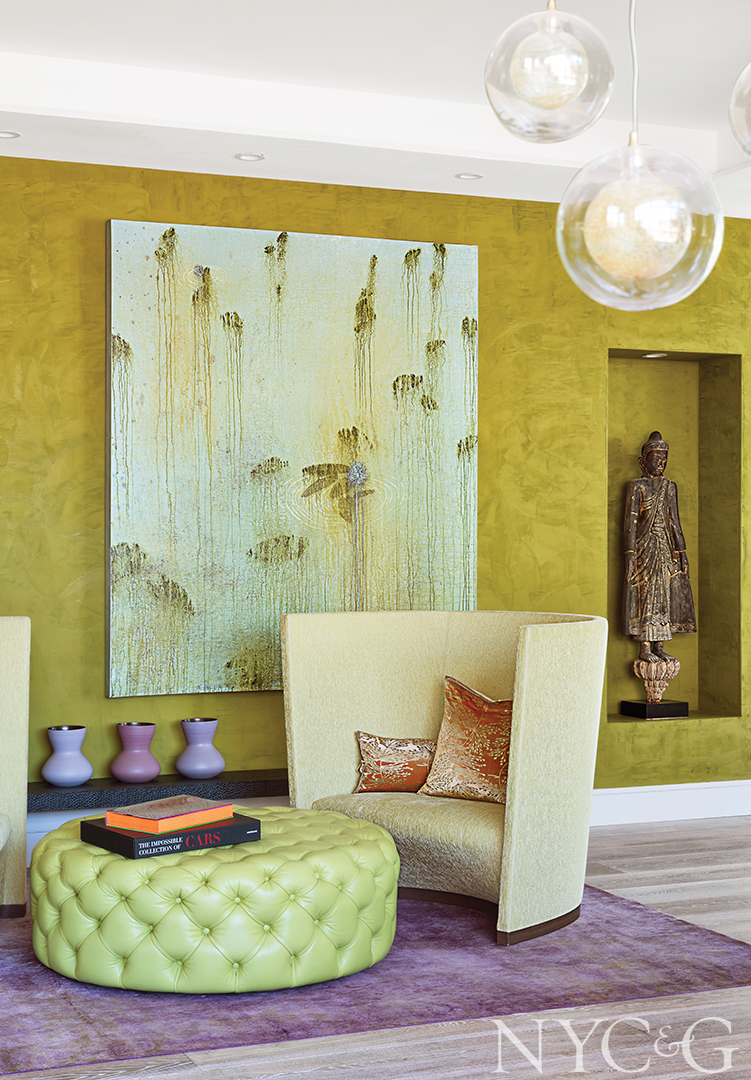 What do you do when an apartment is having an identity crisis? That’s the question Greenwich-based designer Francine Gardner faced upon returning to the Tribeca apartment she had decorated for her client, Lisa Rhoads, nearly a decade earlier. A series of small rooms suddenly made the place feel “more like an Upper East Side residence,” says Gardner, “and didn’t fit Lisa’s lifestyle. So we started from scratch, getting rid of walls and revealing the views.” Rhoads, a healthcare investment executive who shares the 5,000-square-foot pad with her college-age daughter and Cavalier King Charles Spaniel, had been working in Bermuda and renting out the New York apartment, but “always knew that I eventually wanted to change things around and make it look more ‘downtown’ upon my return,” she says. “Plus, my daughter and I love to cook.” So reconfiguring the galley kitchen and “making everything feel light and bright” became a priority.

In addition to removing the walls that separated the cramped kitchen from the living and dining areas, Gardner designed a freestanding island with a live-edge maple top that further integrates the main living spaces together. Now airy and drenched with light, the contemporary walnut kitchen takes full advantage of the apartment’s massive floor-to-ceiling factory-style windows. “It doesn’t even feel like a kitchen because it’s so minimalist,” says Gardner, who also replaced standard oak floors with 10-inch-wide cerused-oak planks, creating a look that Rhoads describes as “modern farmhouse with a downtown edge.”

The master suite also received a major overhaul. “Lisa is incredibly smart and fashionable, so I wanted her to have a glamorous boudoir,” says Gardner, who carved out a new master bath and a large dressing area where every shoe, bag, and blouse has its place. “It took us weeks to count the pieces in her wardrobe and figure out how much space we needed. And of course we left some room for her to buy more!” Beyond the dressing area—which Rhoads says she “lives in”—lies the luxurious bath, replete with textured marble walls, a shapely soaking tub, a Gardner-designed cerused-oak vanity, and a hand-blown glass pendant that was custom made in Brooklyn. “A lot of people think of lighting as an afterthought,” muses the designer, “but I usually start with it because each fixture should have purpose and definition within a room.” The point is well taken throughout Rhoads’s home: A spiral-shaped steel pendant helps delineate the dining area within the kitchen, a bronze and glass piece from Portugal adds opulence to the master bedroom, and an ethereal banana-fiber fixture in the dressing area is, appropriately enough, like “a beautiful evening gown.” 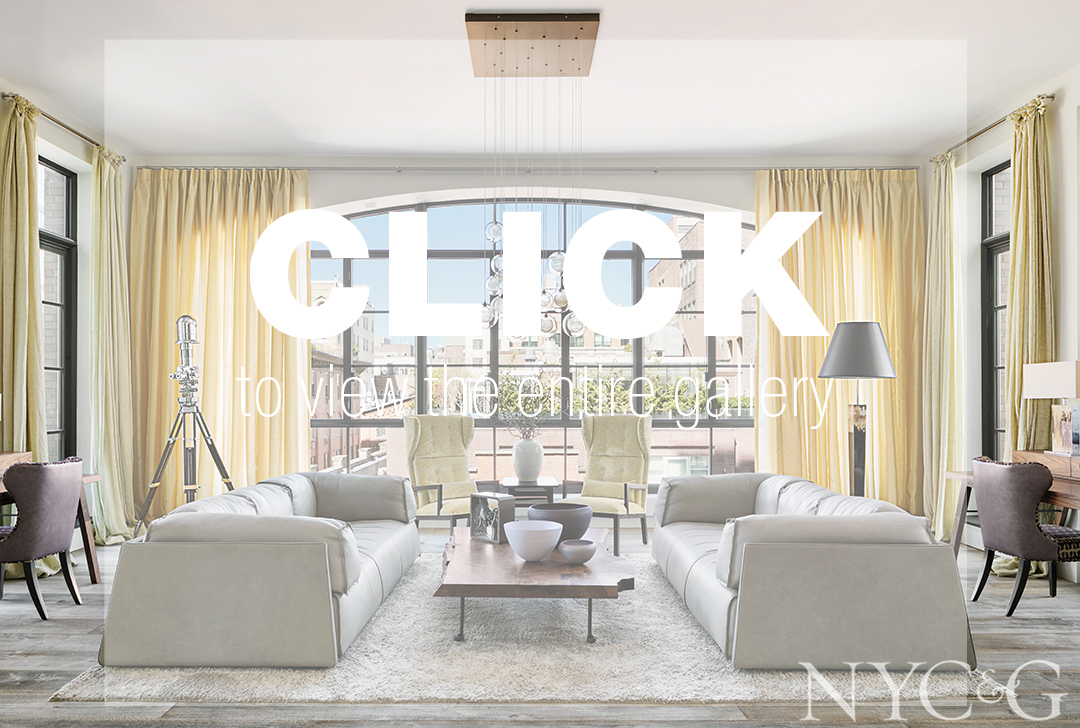 Rhoads was additionally adamant that Gardner inject her rooms with “a sense of color,” something that the neutrals-loving designer doesn’t naturally gravitate toward. “When I arrived in New York from Bermuda,” Rhoads jokes, “I was the one wearing the Pucci pants!” The resulting scheme, which ranges from purple walls in the master suite to a citron plaster “art wall” in the living area, “is unexpected and makes me smile.” Gardner was definitely up for the challenge. “Lisa really opened my mind to bright shades, and we had a lot of fun exploring different color stories,” the designer says. “It feels young and invigorating.” Just like a contemporary update should.

A version of this article appeared in the May/June 2018 issue of NYC&G (New York Cottages & Gardens) with the headline: Tribeca Triumph.