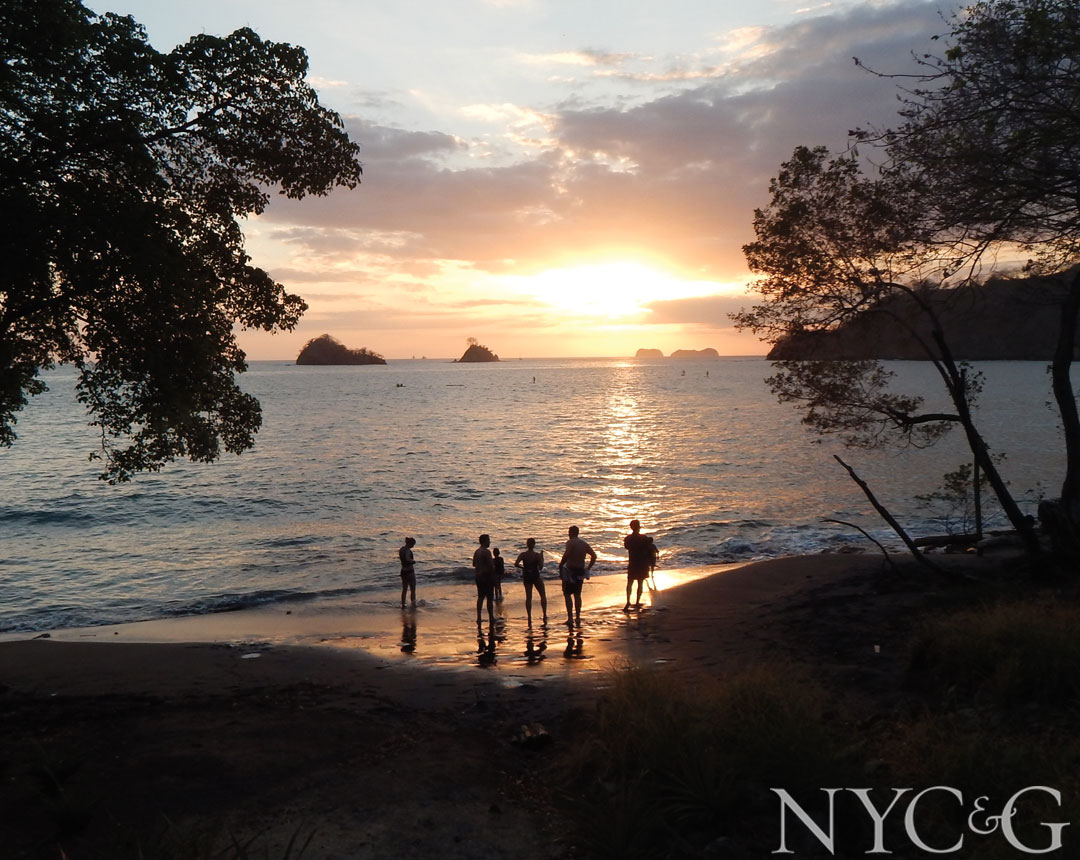 If you build it, will they come? Things are looking promising for the developers of Las Catalinas, Costa Rica, just as they did for Kevin Costner in Field of Dreams. In this case, the dream is a thriving eco-sensitive community carved out of a mountainous slice of Pacific coastline in the Costa Rican province of Guanacaste, a haven for surfers, ex-pats, and nature-lovers drawn by the region’s astonishing biodiversity. 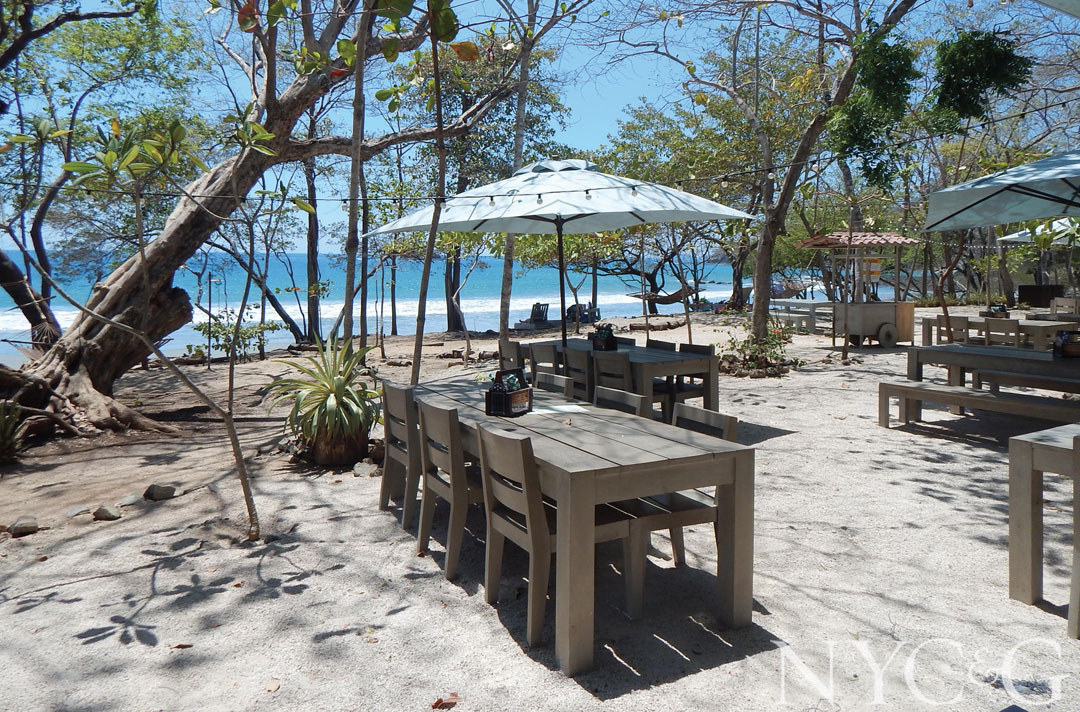 Creating a town from scratch in a country where unpaved roads were the norm only 10 years ago has not been easy, but Las Catalinas is emerging as a stunningly successful example of new urbanism. In fact, its mastermind, landscape architect Douglas Duany, who helped engineer the acclaimed planned community of Seaside, Florida, in tandem with his brother and sister-in-law, Andres Duany and Elizabeth Plater-Zyberk, has been “deeply involved with the plans and piecing together the town from the very start,” says Neal Herman, Las Catalinas’s president and COO. Duany’s professorship at the University of Notre Dame has even led to the creation of a program in which School of Architecture students can spend their fifth year at Las Catalinas, designing residences, civic buildings, and two forthcoming hotels. 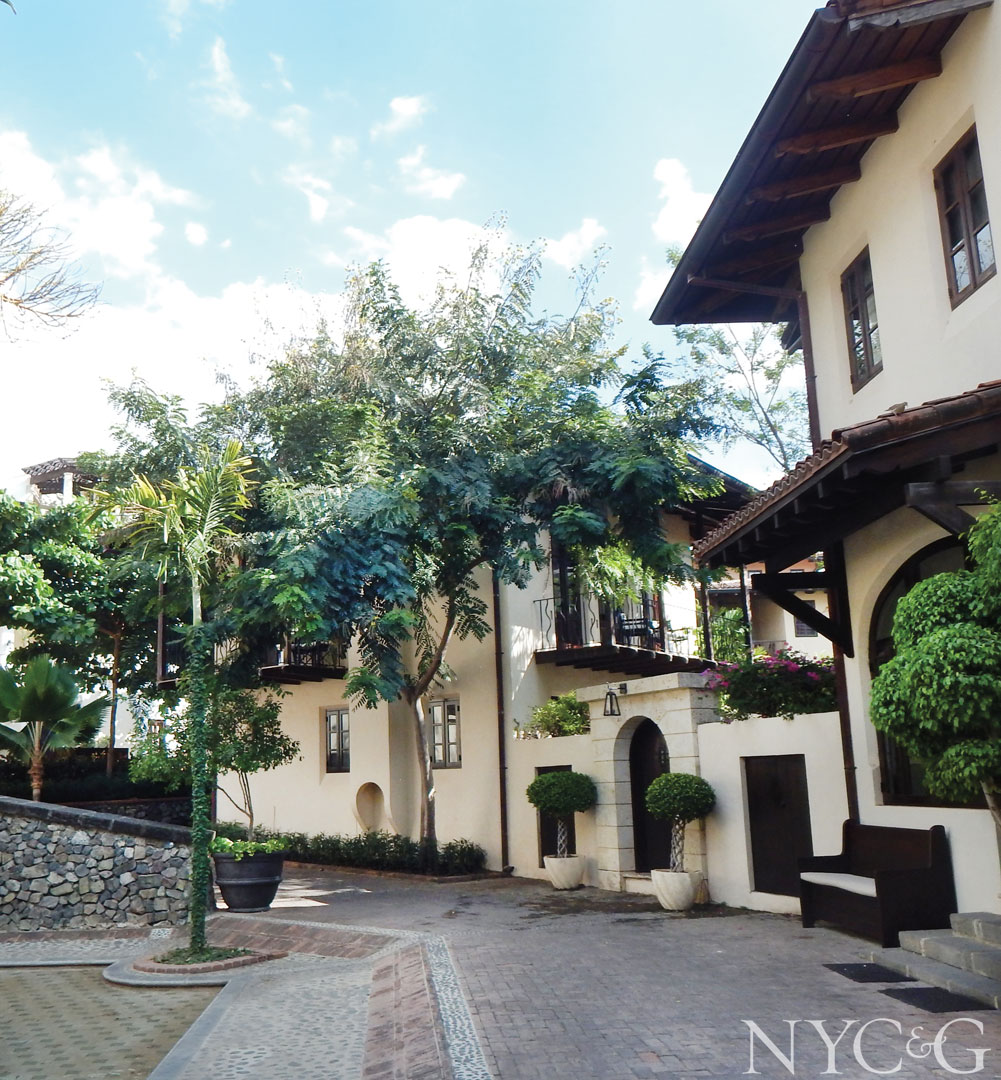 “Our approach has been to act more like urban planners, bringing in the principles of new urbanism and using design to communicate a sense of place, a sense of community,” Herman says, adding that more housing and residential units are still being built—all at specific angles facing Playa Danta, the pueblo’s principal beach, so that everything from a townhouse to a studio apartment has a view of the water. Additionally, Plaza Central, a four-story mixed-use service and retail center, has just opened, while 400 socioeconomically diverse children, “cultural chameleons” from 22 different countries, attend the already well-established dual-immersion bilingual international school, “even though we’re living in the most rural place imaginable,” Herman adds. 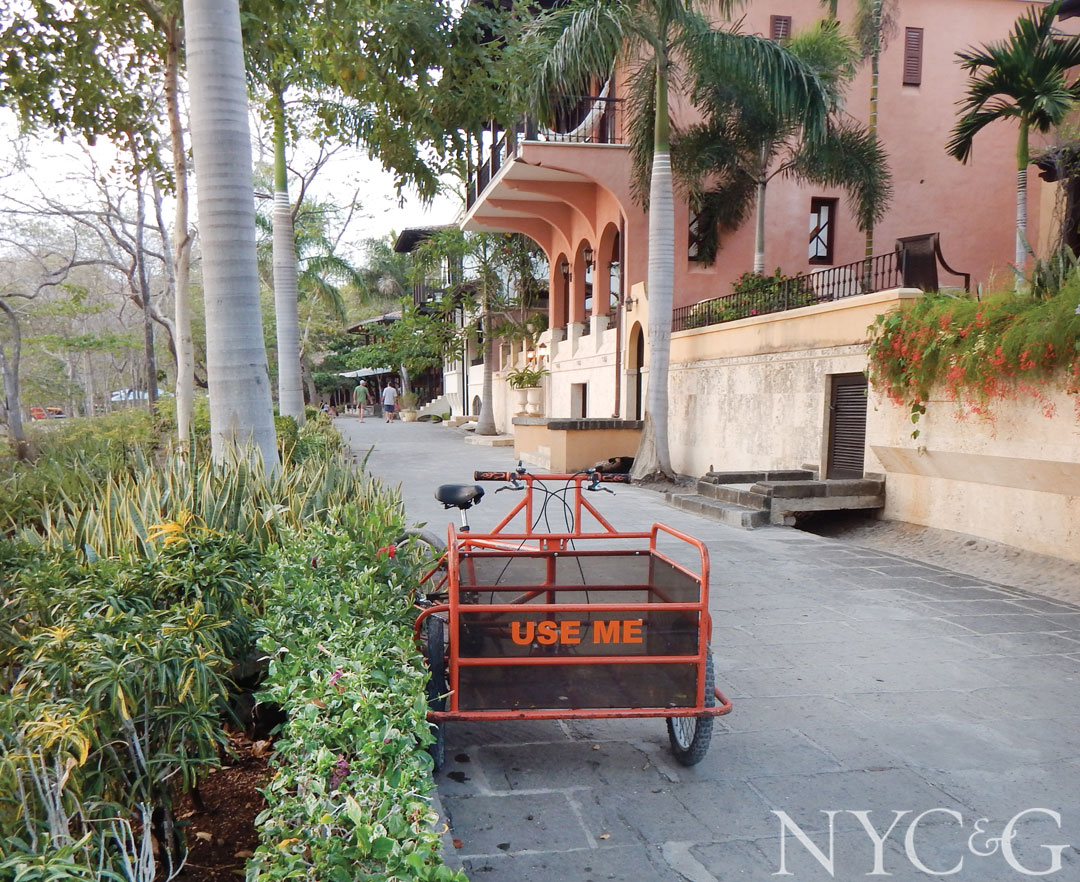 Las Catalinas currently comprises about 1,200 acres, and building will be limited to about 200 of them, leaving plenty of nature on view from the 40 hiking and biking trails on the property. “We really want the environment to be the star,” says Herman, “and not have individual structures compete with one another.” Indeed, the bulk of the buildings, both commercial and residential, share a vaguely Spanish Colonial aspect, drawn mostly from the architecture in neighboring countries like Nicaragua and Guatemala. (Costa Rica’s buildings generally don’t have a historic “look” of their own.) Most everything is produced on site, from floor tiles to the furnishings, often made of local guanacaste or melina wood, which is typically used for cabinetry because it withstands humidity and heat well. For a while, Las Catalinas was applying French stucco to its buildings’ exteriors, but it proved too expensive, so now they are covered in “rotten lime,” a tinted cement paint solution that has been popular in Nicaragua for at least 300 years. The baldosas, or pavers, on what Herman calls the “dense, walkable streets typical of new urbanism” will “last forever,” and Coralina stone from Colombia is abundant, particularly in baths and showers. Craftsmen from Nicaragua, Costa Rica’s poorer neighbor to the north, have done the majority of the hands-on work at Las Catalinas. Most send earnings home to their families. 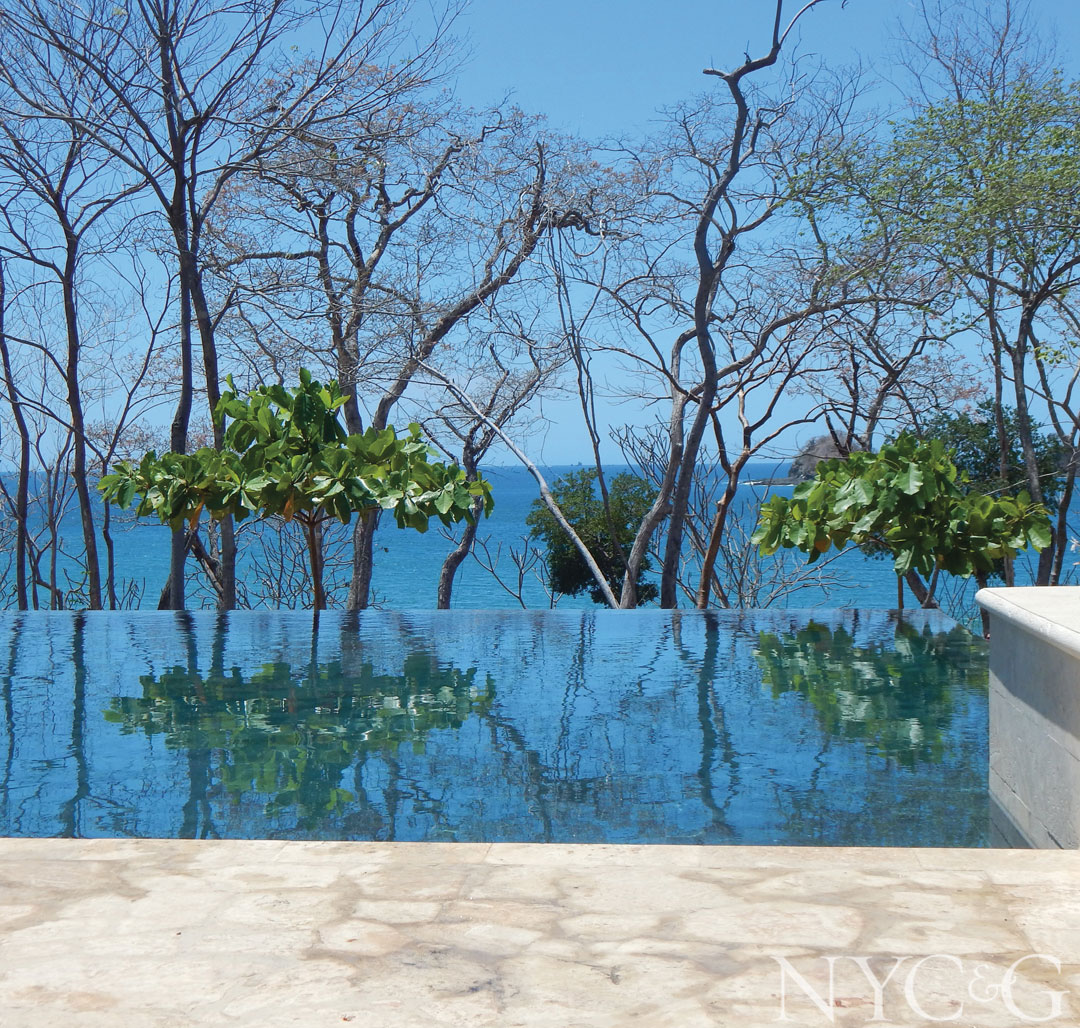 As for vegetation, many first-time visitors are surprised by the Guanacaste region’s tropical dry rainforest, which is often brown-looking, even drab, depending on the season. (This is not Tahiti.) But graceful almendras (“beach almond trees”), planted along the paseos, grow more or less horizontally, creating a beautiful canopy of blessed shade under the hot sun. Not that there isn’t plenty of shade to be found, from the balconies on the private houses and rental properties to the poolside Beach Club and the beachfront Limonada restaurant, which offer a roster of delicious seafood-oriented dishes with lots of tropical fruit and Tico (Costa Rican) accents. (Many months after my visit, I still crave the homemade pico de gallo and rice and beans that my apartment’s “Housemom,” Josefa, served at breakfast each morning.) 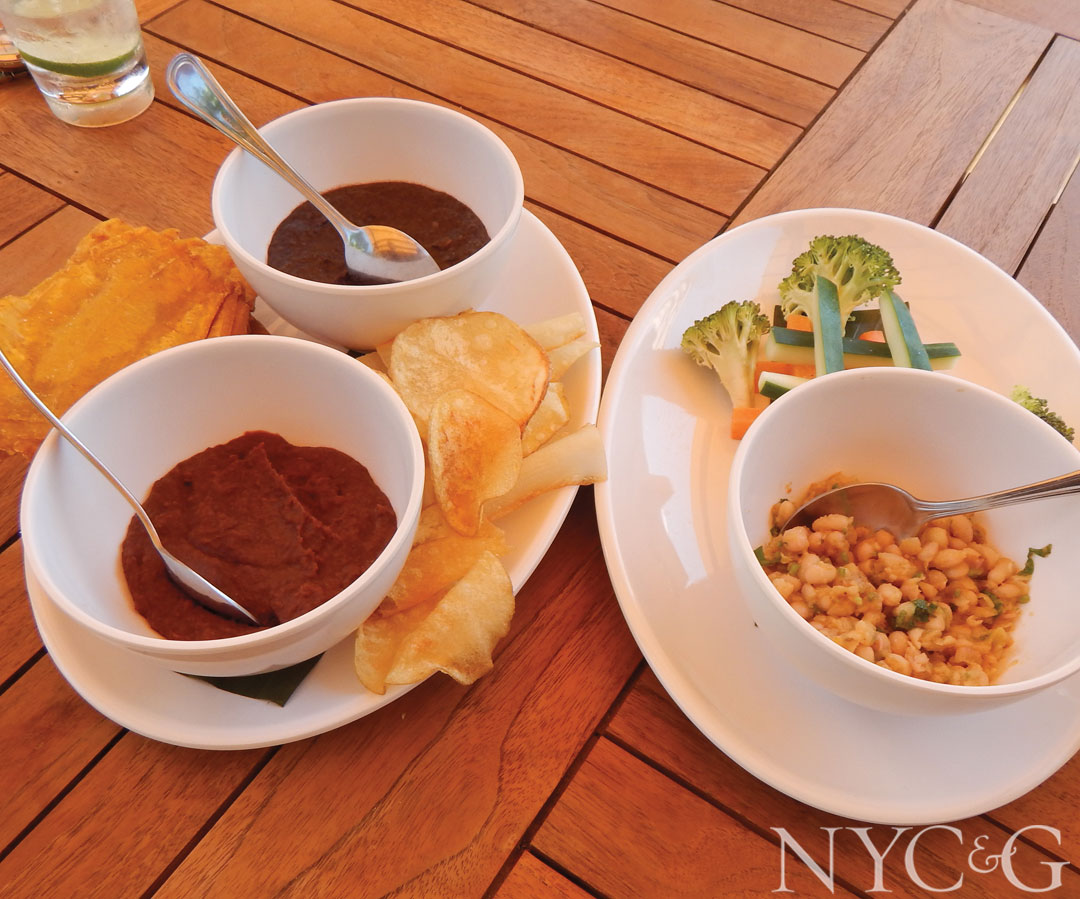 Unlike many luxury residence-resort hybrids, Las Catalinas caters to an upscale, creature-comfort-loving clientele that just happens to crave action and nature, too. The property’s sports concession, Pura Vida Ride, makes a mean cappuccino, which will give you the jolt you’ll likely need to mountain-bike up and down the rugged hills surrounding the resort. (Levels of difficulty, at least for me: hard, and harder—I have a newfound admiration for mountain biking.) Walking around the nearby trails, you will see nature in abundance, from monkeys to pizotes (coatimundis) to orange green parakeets to things more rare, like the white-fronted parrot. Most thrilling for me, however, was stand-up paddle-boarding in the ocean, where I floated alongside two manta rays and spied a sea turtle bobbing along nearby. As I glided quietly on the water, I looked toward Las Catalinas and marveled at how a town could be so tight with its surroundings.

A version of this article appeared in the October 2016 issue of NYC&G (New York Cottages & Gardens) with the headline: Las Catalinas.