A Victorian Beauty in Shelter Island 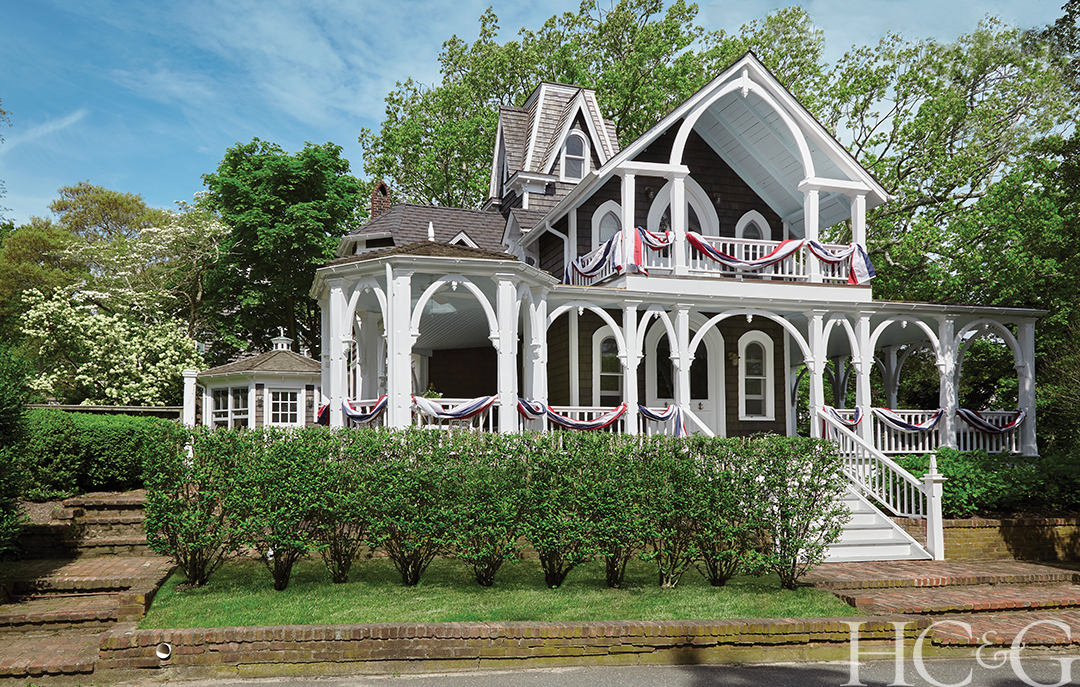 Any grande dame worth her tiara knows that a tasteful face-lift can refresh her looks without erasing her past. In 2013, fashion editor and photographer Mallory Samson fell in love with an 1870s Victorian Gothic—a style also known as Carpenter Victorian or Carpenter Gothic—and embarked on a four-year journey to restore the three-bedroom house while keeping its historic charm intact.

Having been a fashion editor at Avenue, Bride’s, and J. Crew, a member of the fashion departments at GQ and Self, and a photography editor for Nike, Samson knew a thing or two about the powers of transformation, a skill set that served her well during later endeavors as a wedding photographer and, more recently, a lifestyle and fine art photographer. When she first laid eyes on the house, she was ambling around the gently curved streets of Shelter Island Heights. “My husband and I happened to come around the corner,” she recalls, “and it was love at first sight. I looked down and there was a for sale sign. We immediately called the broker and discovered that it used to belong to [fashion editor] Martha Baker. I had been her assistant at Self and knew that she had great taste.” Another telling sign: An earlier owner had been Charles Schwefel, who owned the Gramercy Park Hotel around 1945, and Samson happened to live on Gramercy Park. 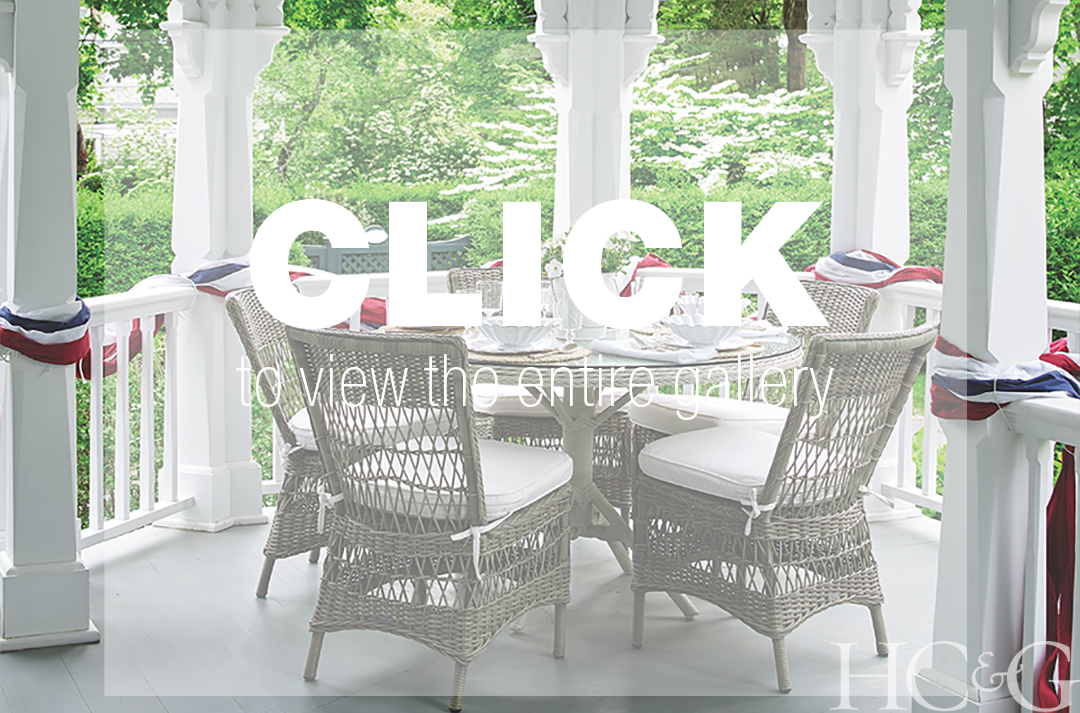 The elaborately detailed house and its characterful neighbors, whether updated or aging gracefully, give Shelter Island Heights much of its original charm. Established as the Shelter Island Grove and Camp Meeting Association of the Methodist Episcopal Church on May 11, 1872, the tight-knit community displayed a “hospitality toward strangers,” according to a New York Times report dated July 18, 1873. “Universal good feeling and sociability seemed to prevail everywhere in the camp, and one would be a churl, indeed, not to feel softened and kindly toward his fellows amid the beautiful surroundings of this Grove.” Such camaraderie lives on to this day, as the association continues to maintain its own tennis courts, beach club, and chapel.

Located on one of the larger properties in the neighborhood—a half-acre with two lawns and a garage—Samson’s home has a private feel, perched above the road and surrounded by stately trees. “It’s quiet, and the energy is very peaceful,” says Samson, who like many Shelter Islanders starts to decompress as soon as she gets off the ferry. The renovation goal: keep “as much old as possible,” leaving details intact or creating exact replicas such as the ornate railings and posts on the wraparound porch. “What’s so interesting about a restoration is the amazing artisans you meet. And they do all the work by hand. In so many houses, the soul is stripped away, and it’s sad. But this old lady is smiling and so proud. The soul is there.”

The cross-shaped open floor plan centers around a three-story-high central atrium and mansard tower, with a balcony on the second floor and a special Plexiglas platform installed by Samson as a third-level meditation loft. On the ground floor, a spacious living area is bracketed by comfortable lounging areas dedicated to reading or enjoying the newly whitewashed brick fireplace. Navy blue and stripes set the tone on furnishing pieces sourced from East End shops such as Beall & Bell and Ruby Beets, all anchored by ebony-painted floors. The decor is intentionally understated, Samson says: “There is so much detail and visual interest in the woodwork—it’s complex and simple at the same time. It’s definitely not cookie-cutter.” Old-style push buttons for electrical controls and real ship lights “show a sense of history throughout.” In the dining room, Samson likes to set the table with a special collection of hand-painted plates featuring scenes of Shelter Island. The warm, inviting space sits adjacent to the modernized kitchen, a previous addition to the original house, since the camp’s communal kitchen brought meals via trolley to association members, and no cooking was needed.

The master bedroom, which lies beneath vaulted ceilings on the second level, is simply decorated with a set of his and hers bureaus bought for $75 at a Locust Valley church sale and a Lillian Bassman photograph. A second bedroom with similar vaulted ceilings and a third bedroom now converted into a TV room complete this floor, from which those without a fear of heights can climb a steeply pitched ladder to the top floor’s cupola and four windows featuring 360-degree bird’s-eye vistas.

In some regards, life hasn’t changed all that much since 1872, and Samson wouldn’t have it any other way. She often entertains friends on the gazebo porch for dinner, pops down to Sunset Beach for lunch, rides her bike, walks Barney and Emma, her two golden doodles, and otherwise basks in the glow of her newly invigorated home. “There’s something magical about this house,” she says. “It’s a special place to be.”

A version of this article appeared in the July 15, 2018 issue of HC&G (Hamptons Cottages & Gardens) with the headline: Victorian Beauty.