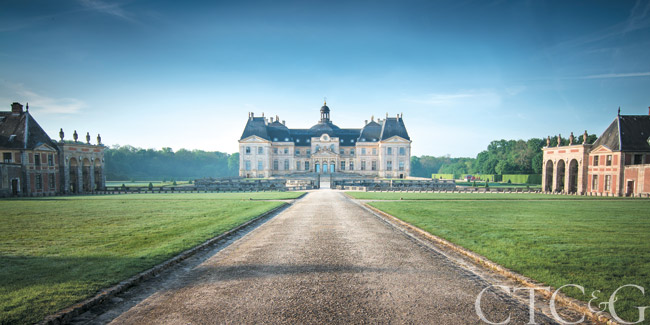 Before there was Versailles, there was Vaux le Vicomte. French-lawyer- turned-finance-minister Nicolas Fouquet finished this aesthetically pioneering French Baroque chateau and garden in 1661, several years before Louis XIV would even begin work on his glittering palace at Versailles, which he would go on to build using the same triumvirate of accomplished, forward-thinking design talents first brought together at Vaux—and many of their ideas, too.

At Vaux, about 40 miles southeast of Paris, royal architect Louis Le Vau created a grand lime-and-sandstone castle, twice as deep as was standard at the time, capping it with an innovative oval dome; landscape guru André Le Nôtre, meanwhile, all but invented the French formal garden here, laying out 80 acres of rigorously geometric terraced parterres and water features (26 in all) that appear and disappear as you move down the landscape’s wide allées; and painter and decorator Charles Le Brun executed the trend-setting interior design, including the beautifully rendered ceiling frescoes in many of the rooms. 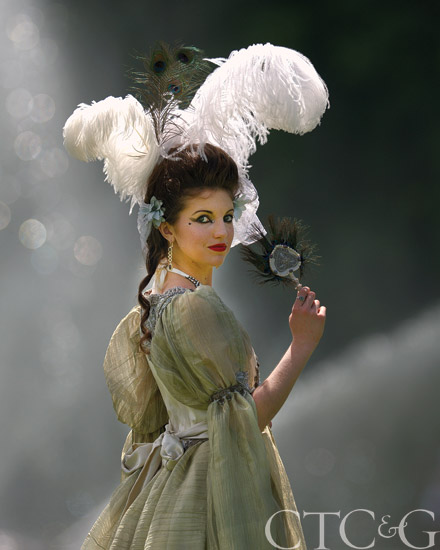 It took Fouquet nearly 20 years to realize this vision for Vaux. But just three weeks after he hosted a grand housewarming in the nearly completed house, a falling out with Louis XIV led to his imprisonment and the estate’s dissolution. (The king commandeered the house’s contents, much of it ending up at Versailles, where some still stands on display.)

For the next three centuries, Vaux stayed mostly out of the public eye, until Patrice de Vogüé—a scion of the family that has called the estate home since 1875—opened it to guests in 1968, making it one of the first private chateaux to welcome visitors. But in contrast to Versailles, where crazed tourist crowds cram every nook and cranny, Vaux remained undiscovered by all but the most in-the-know aficionados of the Grand Siècle arts de vivre.

Now, however, nearly 50 years later, Vaux is experiencing a second renaissance of sorts, as de Vogüé’s twin sons, Alexandre and Jean-Charles, find new ways to welcome guests and encourage interaction. “Unlike public house museums, where you have an army of curators guarding everything, here we consider every part of the house visit-able,” Alexandre explains. And, indeed, Vaux’s visitors enjoy largely free reign of its opulently layered rooms and can even commandeer golf carts to explore the expansive gardens. That freedom is all part and parcel of the de Vogüés’ very 21st-century goal to make people feel at home in this very 17th-century house. And why not? After all, the brothers, their parents and their families all still live here. Lucky for us, they’re only too happy to let us pretend to do the same—even if only for a few hours.

A version of this article appeared in the September 2014 issue of Connecticut Cottages & Gardens with the headline: Pièce de Résistance.