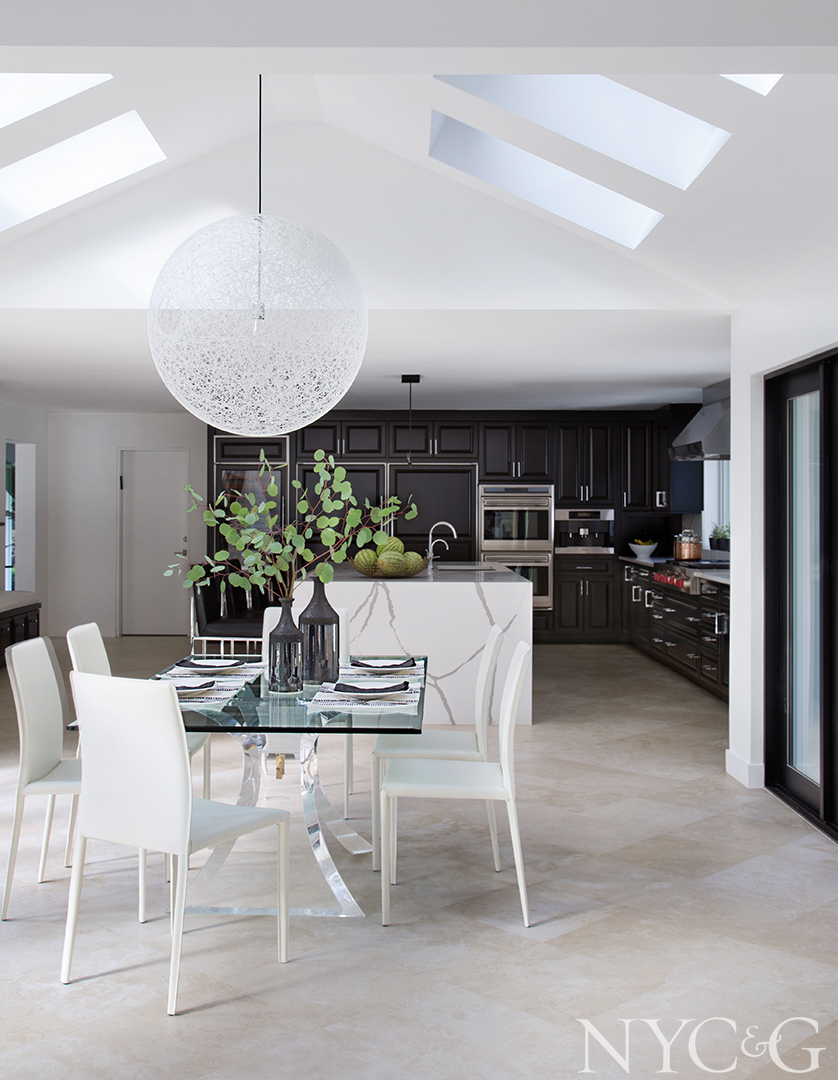 First came love: Although Amy and Bryan Carlson both attended Columbia University at the same time, they didn’t meet till they crossed paths during grad school at Wharton, after which they got married and moved back to New York to work in finance.

Then came the baby carriage: Two, to be precise, which led the Carlsons to decide that their Brooklyn Heights apartment was no longer going to cut it, space-wise. “Bryan researched several suburban communities in terms of commuting times, schools, and proximity to water,” recounts Amy Carlson, a Brooklyn native whose parents now live on Long Island, “and he picked Sands Point. It has a nice balance of Long Island locals and urban transplants like us.”

The couple soon settled on a six-bedroom, 6,000-square-foot circa-1970s home and asked architects Amy Urban and Laura Casale and interior designer Lisa Hershman to give it a gentle upgrade. “The house had undergone a high-end remodel in the ’80s,” Urban says, “but it needed to be brought into this century.”

A new dormer added to the upper story created an additional 300 square feet for a much improved master suite, which features his-and-her closets, a large bedroom, and a renovated bathroom. For the main floor, the Carlsons had requested “a modern, airy feeling, with stronger indoor-outdoor connectivity,” recounts Casale. “We achieved this by reconfiguring spaces into a more open floor plan, adding large bi-fold glass doors that open onto the backyard, and redesigning an enclosed staircase with glass rails that lend more visibility.”

The kitchen, which had natural cherrywood cabinets and a huge diagonal island, has been zipped up with quartz counters and a pair of enlarged windows. A simple coat of black paint on the cabinets adds graphic impact, and a new rectangular island allows for improved circulation and boasts striking waterfall edges. 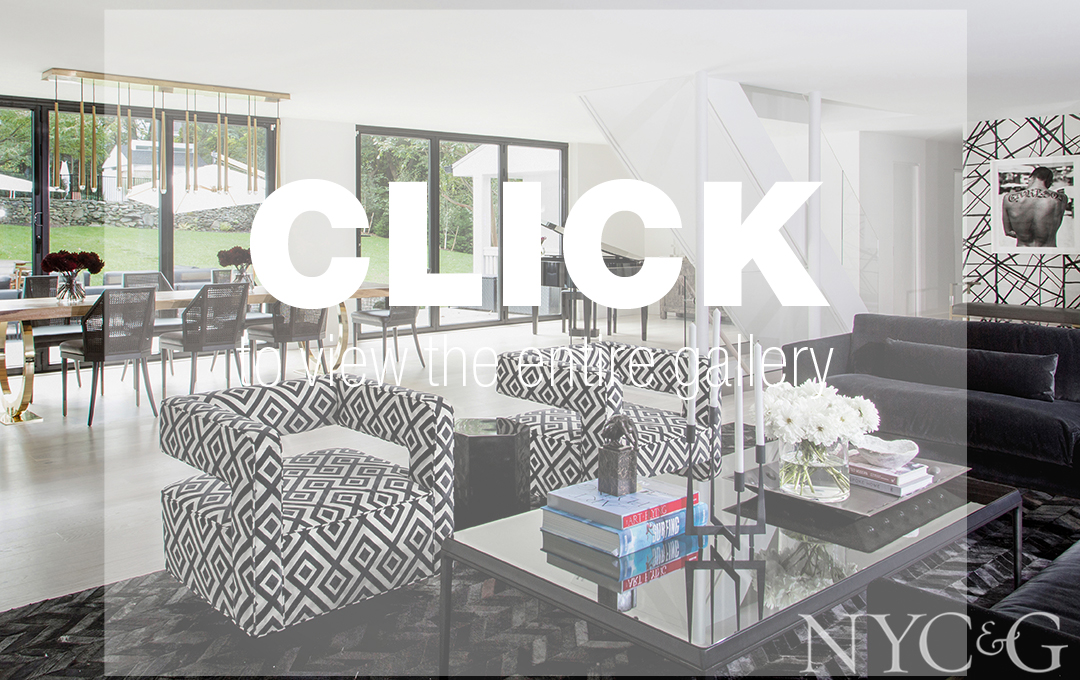 Hershman, who consulted on finishes and materials during the renovation, took the reins when it came to furnishing the house. “Amy wanted a unique, sophisticated home,” recalls the designer. “She loves high-contrast black and white and is partial to touches of glamour. Bryan, on the other hand, is more laid-back and a bit outdoorsy. He loves natural woods and pieces with an artisanal, organic vibe. My job was to find a good balance.”

The dining room perfectly captures Hershman’s subtle experiments with yin and yang. The 10-foot-long dining table, for example, is topped with live-edge chamcha wood and rests on polished brass pedestals. Complementing it are chic Kara Mann–designed chairs with traditional rattan caning and a contemporary chandelier with exposed crystals at the tips of its linear pendants. “We did a lot of custom furnishings,” says Hershman, noting that the living room sofa “was especially challenging” since her clients had desired a black sectional, which she feared would overwhelm the space. The solution: a custom black velvet sofa, trimmed on the back and sides in solid brass and inspired by the work of Milo Baughman. Sophisticated and beautifully proportioned, it almost appears to float in the room. “It had to have a sexy back,” the designer explains, “because it’s the first thing you see when you walk into the house.” With the sofa drama solved, all vestiges of the home’s disco-era roots have now given way to the sleek and seductive comforts of 21st-century living.

A version of this article appeared in the March 2018 issue of NYC&G (New York Cottages & Gardens) with the headline: Sands Point Sanctuary.