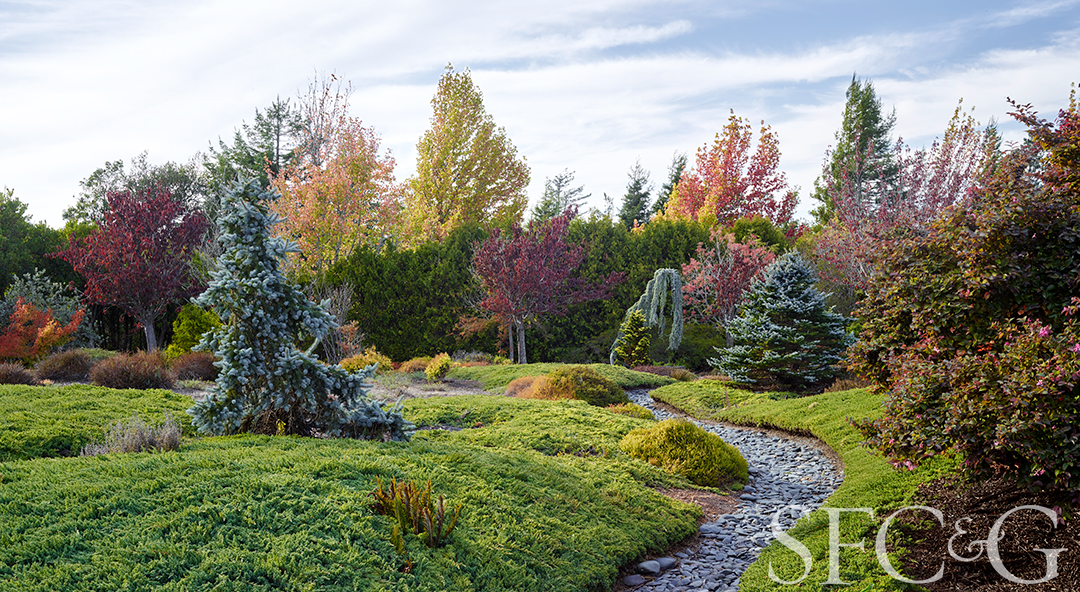 Seldom do you find a garden whose intricate composition reads so clearly as an ode to the wider landscape and whose beauty and complexity responds so directly to the wide-open sky and vast landscape of Northern California. In 2015 when Elliott and Anna Brandwene discovered such a garden in Sebastopol, they instantly recognized its unique qualities, even though it was much larger than anything they had ever imagined caring for. They weren’t at all sure they could take it on, but when they heard from the real estate agent that a prospective buyer planned to turn it back into a horse pasture, they knew they had to act. As Elliott remembers, “To come in and attempt to be caretakers to what had been started was an honor—quite a bit of a chore as well, but it’s a very special place.”

For thirty years this property had been the home of Jun and Noriko Hasegawa. They had bought the eight acres in 1986 and designed a house facing northeast toward the panoramic view of Mount St. Helena and the lights of Santa Rosa. Before retiring to Sebastopol, the Hasegawas, both born in Japan, had lived in Plattsburgh, New York, where Noriko had a garden that was greatly admired and she became a master in the Ikebana style of flower arranging. She also began painting in 1981 and, over time, became locally renowned for her watercolors. The Hasegawas worked on the Sebastopol garden together, with Jun on the tractor sculpting the earth and Noriko, arranging the rocks, young trees, and shrubs. Rather than the intimate scale of a traditional Japanese garden, here they created a landscape with traditional elements but one that was large enough to match the scale of its surroundings. 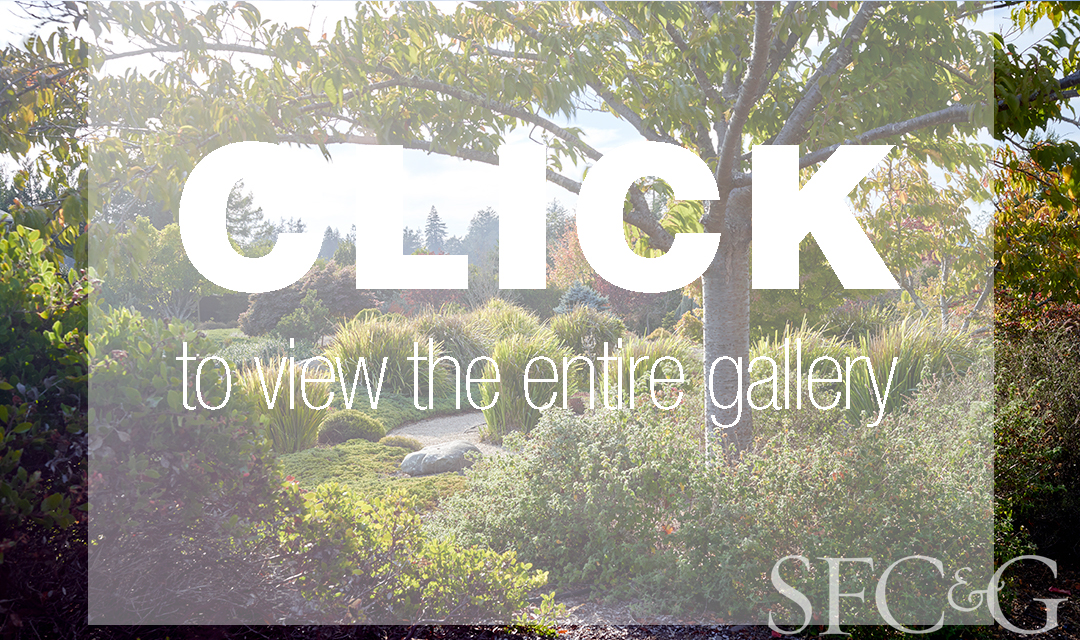 The garden is an unusual combination of a landscape garden to be viewed and a hill garden to stroll through. Originally, Jun had hoped for a pond garden with water but, given the exposed site and the quality of the soil, Noriko designed a dry pond garden instead. The expanse of gravel, with different sizes of river rock delineating the shoreline and streambed, and the two classic bridges linking the paths are the centerpiece. The visitor is meant to walk through counterclockwise so that the zig-zag plank bridge with its plantings of calla lilies and Japanese iris is crossed facing the house. Creeping juniper follows the contours of the land and trees are used as punctuation points. As in traditional stroll gardens, there are several vantage points along the way that make the most of the changes in elevation.

The Brandwenes have willingly embraced the challenge of keeping the garden up to the level that they imagine the Hasegawas would have expected. They have studied old photographs and replanted within the original plant palette, even though, as in the case of heaths and heathers, some of those plants are difficult to come by and maintain. They prune to keep the shapes in control and carefully set the irrigation so that the mostly drought-tolerant garden will get the water it needs but no more. The garden is not frozen in time. It changes subtly with the seasons and years, and the guiding spirit of Noriko Hasegawa continues to echo in this remarkable landscape.

A version of this article appeared in the October 2017 issue of SFC&G (San Francisco Cottages & Gardens) with the headline: The Painted Garden.