A Wilton Colonial with Revolutionary War Ties Lists for $3M 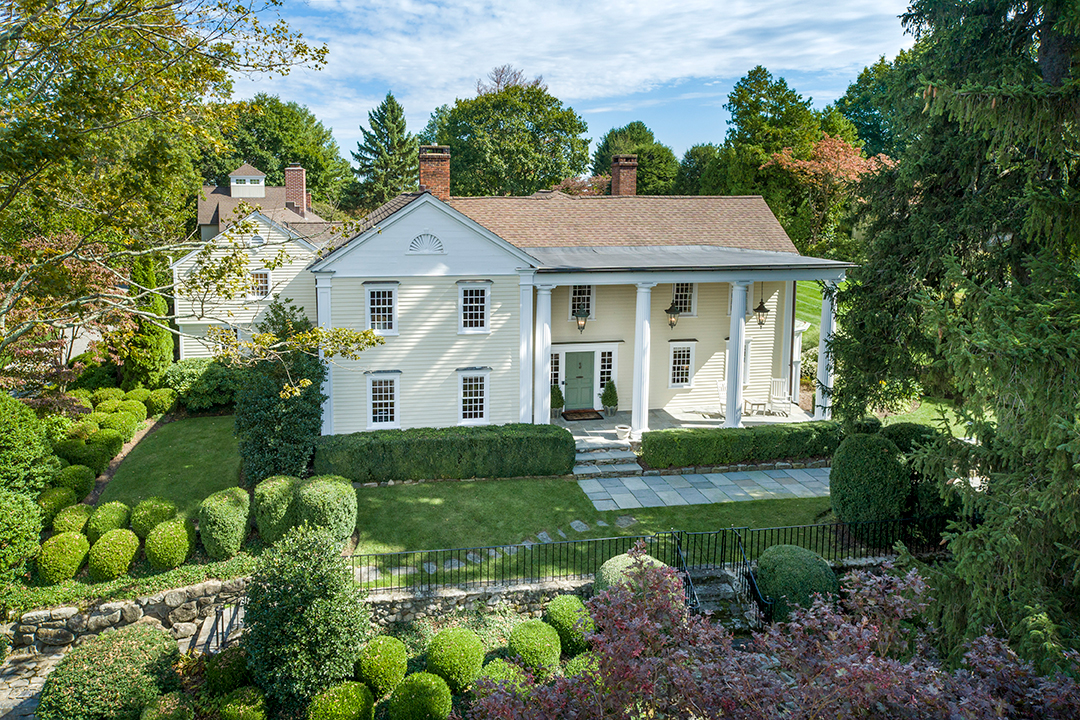 There’s a Wilton home that’s so historic it played a part in the Revolutionary War, when British soldiers descended from their raid on Danbury. Luckily for the house, any damage sustained was limited to the theft of several cows, or so the story goes.

Called the Keeler Homestead and once a 200-acre property, the circa-1744 Colonial now features a pool with a pergola, a pool house, a three-stall barn and a carriage house with a two-bedroom apartment. The 7,500-square-foot main house has retained loads of antique fixtures including wide-plank Chestnut floors, rustic exposed beams and original fireplaces. In all, there are five bedrooms, with the main suite offering a sleeping porch, three walk-in closets and a spa bathroom.

This article appears in the May 2021 issue of CTC&G (Connecticut Cottages & Gardens).