Almost a year after the Bel Air mansion shared late actress Yvette Mimieux and her businessman husband Howard Ruby first hit the market, the property is for sale again with additional offerings. In June of 2021, the couple’s gracious villa emerged for sale with a price tag of $45 million. Now, shortly after Mimieux passed away in January 2022 at the age of 80, Ruby is seeking to sell their entire compound. This includes a house that was not part of the 2021 listing.

The tree-filled estate holds their ornate mansion as well as a cottage on an adjacent lot they acquired more recently in 2010. Altogether, the 1.5-acre spread is now asking $49.5 million.

The property’s centerpiece, a romantic 10,607-square-foot main house, has stood on its lot since the 1920s. Built by Mark Daniels, it’s been dubbed Il Sogno, “the Dream,” for its serene reflection of an Italian villa’s ambiance and arrangement. It boasts six bedrooms, nine bathrooms, six fireplaces, and ornate interiors by the renowned Kalef Alaton. David Jones, who was a personal florist for figures like Jackie Kennedy and Elizabeth Taylor, designed the formal gardens and installed a series of specimen trees throughout the grounds. 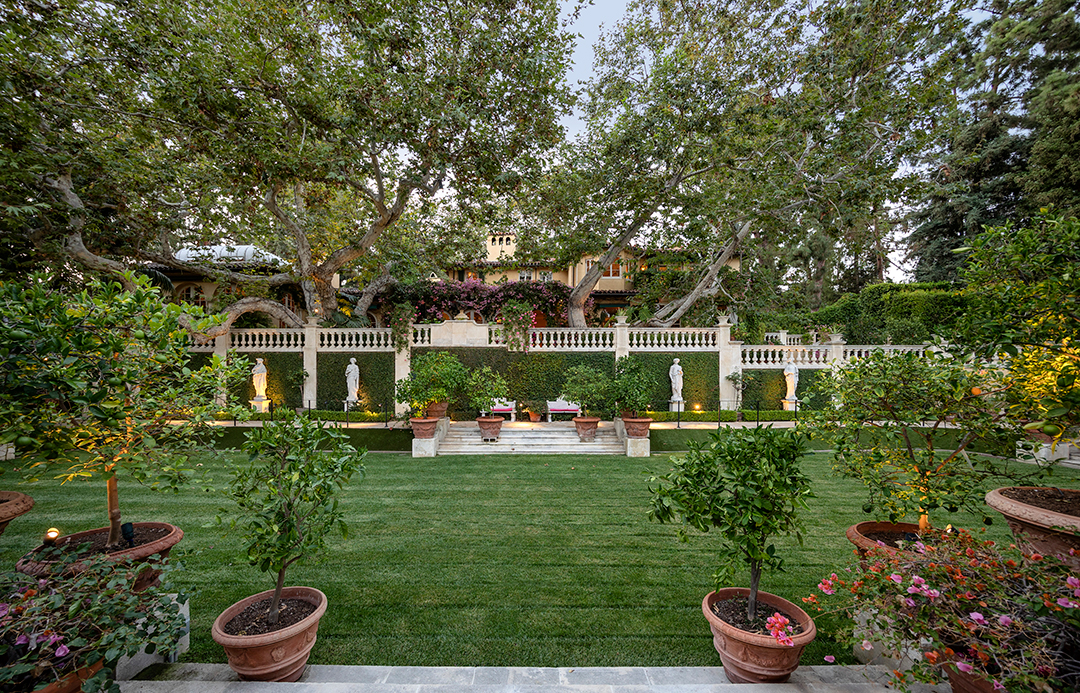 The cottage next door is humbler but still significant in its size and style. A Balinese-inspired retreat, it spans 4,900 square feet and housed Mimieux in her final years. Previously, they used it as an art studio and library, according to The Real Deal, as the actress took up painting in her retirement. With three bedrooms, a pool, and a one-bedroom/one-bath cabana, it is a canvas for many uses.

Packaged together, 500 and 512 Perugia Way offer the chance to use the Bel Air estate exactly as Mimieux and Ruby did for many years. First picking up the mansion in 1979, Il Sogno has not changed hands since then. Linda May of Hilton & Hyland, Kurt Rappaport of Westside Estate Agency, and Jade Mills of Coldwell Banker Realty share the special listing.