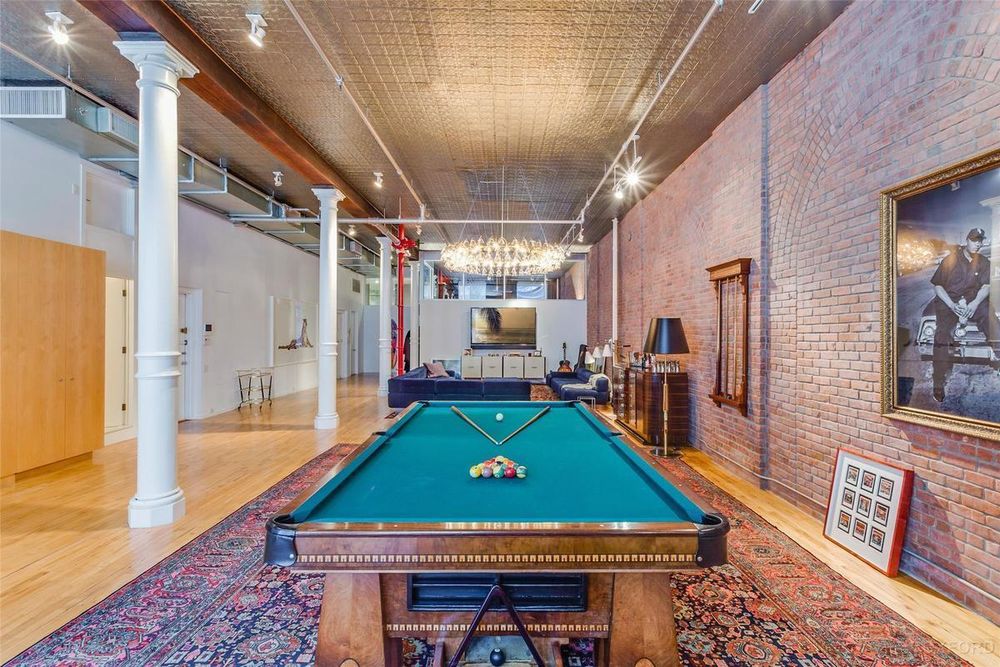 À la John Legend and Chrissy Teigen, Maroon 5 singer Adam Levine and his wife, Victoria’s Secret Model Behati Prinsloo, realized that their one-bedroom just wouldn’t cut it for a family of three. They placed their Greene Street loft on the market for $5.5M shortly after announcing that they were expecting daughter Dusty Rose, and now Curbed reports that shoe company Dolce Vita’s co-founder, Nick Lucio, has picked it up for just under the asking price.

The apartment is configured with one bedroom and two bathrooms, but the original floorplan had three bedrooms. When Levine and Prinsloo bought the place in 2014, they opted to create a massive open living space, which they filled with some luxe furnishings and accessories, from the looks of the photos. Six beams and an exposed brick wall add tons of character and the corner kitchen has an island for casual dining and plenty of prep space. The bedroom that survived the reno is bright and spacious and accesses the marble-lined master bathroom. 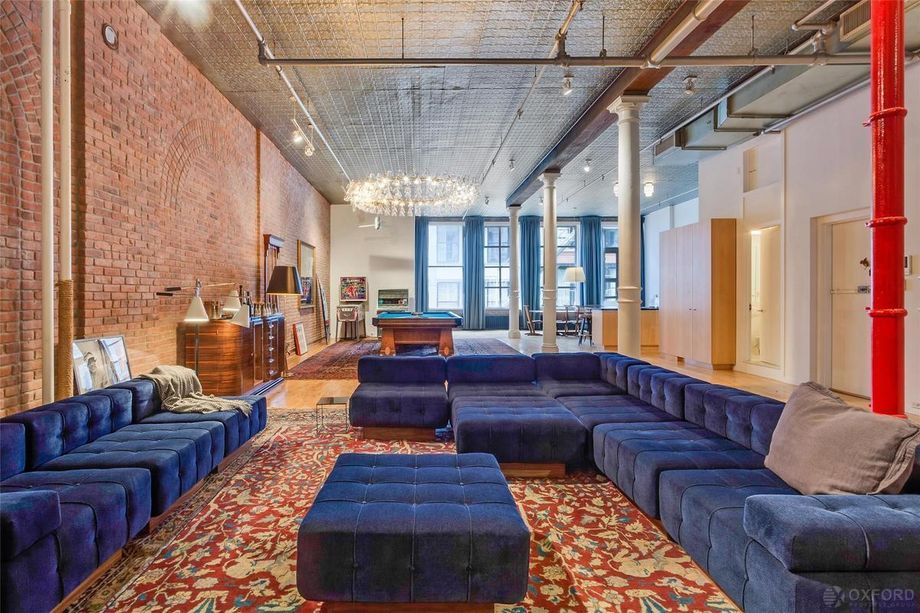 Who needs bedrooms when you have a couch that sleeps twenty? 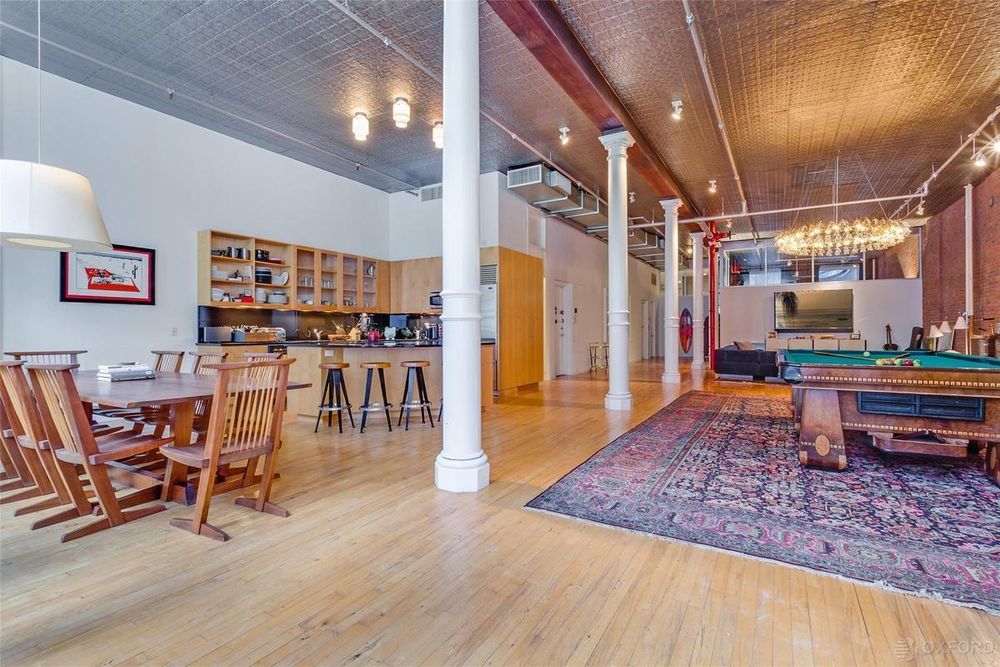 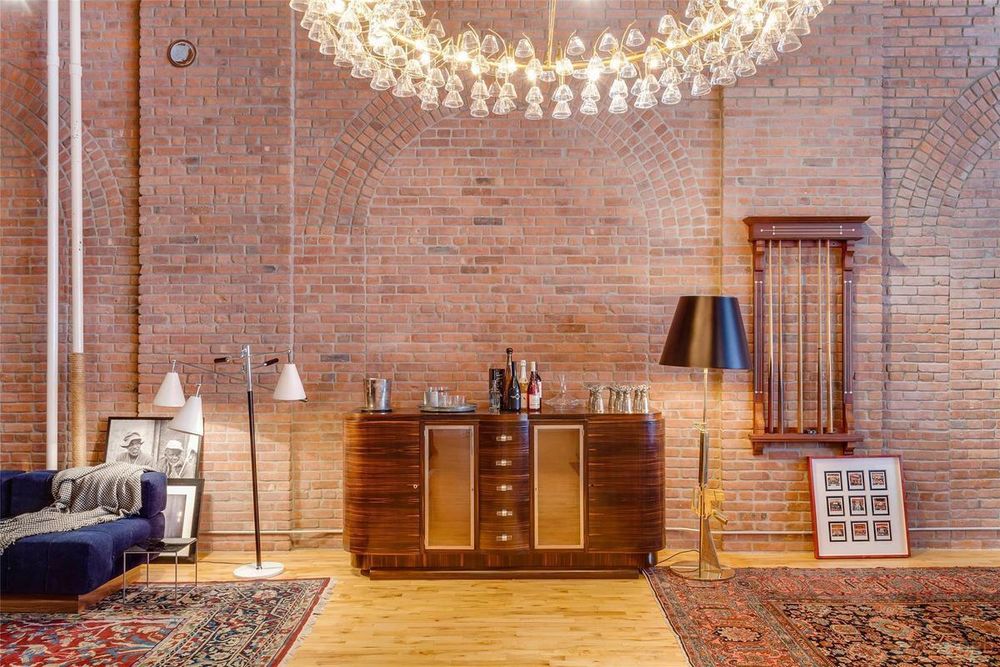 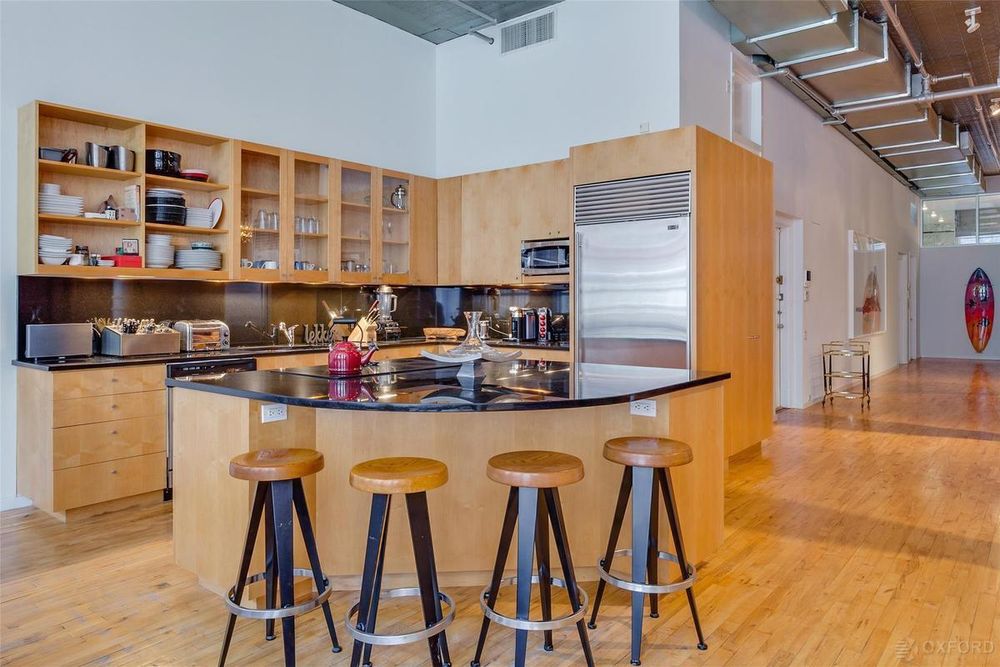 The corner kitchen features an island. 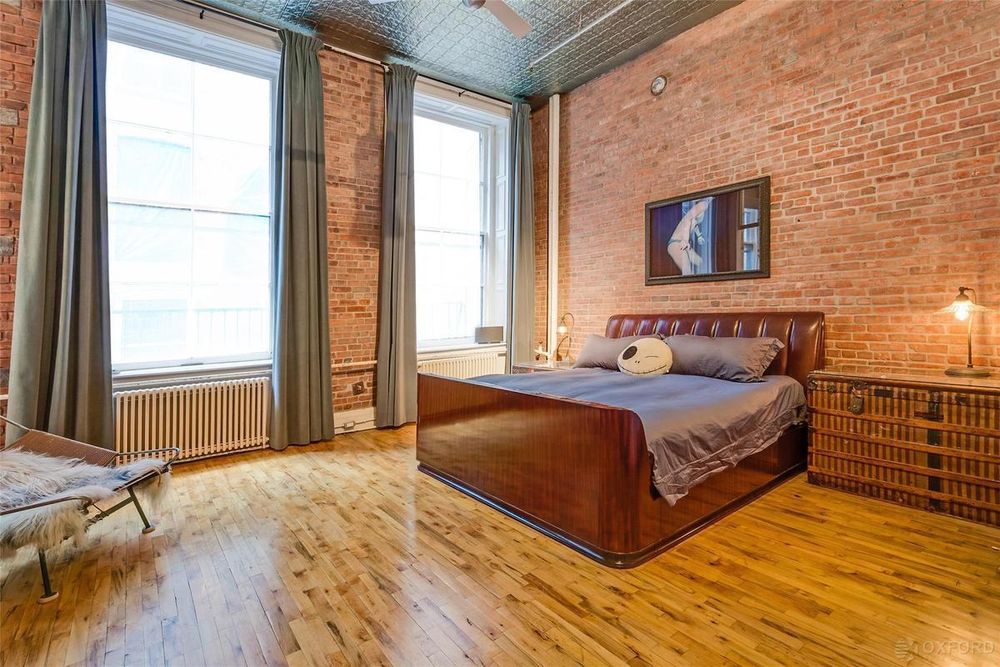 The bedroom is spacious and light-filled. 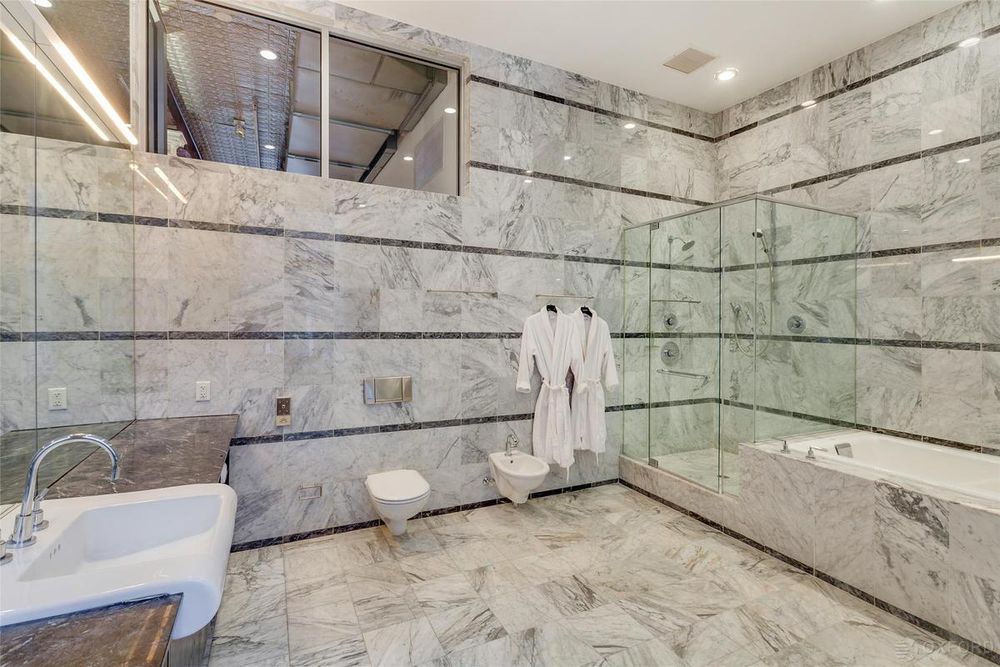 The master bathroom features a soaking tub and marble-lined walls.