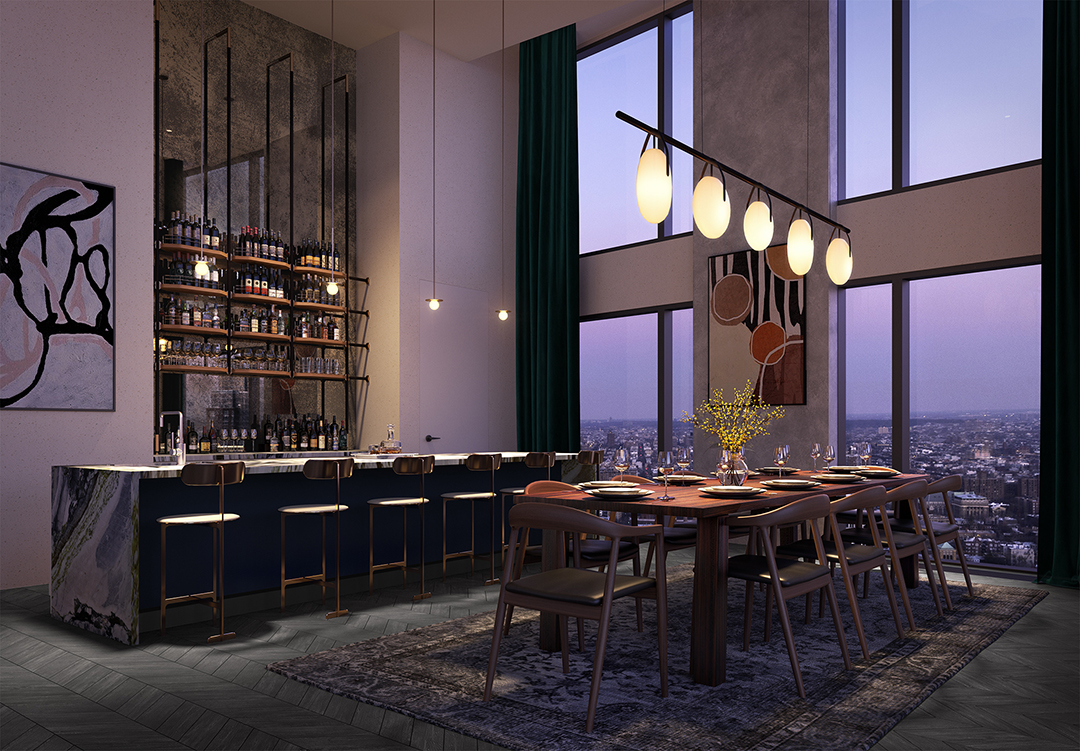 Architects Alex Michaelis and Tim Boyd are globally sought-after, with each of their projects more beautiful and inventive than the last. Their London-based firm Michaelis Boyd is known for creating boundary-pushing designs across five continents and their diverse portfolio includes everything from restaurants owned by Michelin-starred chefs to Soho Farmhouse to Caribbean resorts. Recently, they created the interiors for a new luxury condominium in Brooklyn, 11 Hoyt. It’s their first residential project in New York, so the building’s residents will get the rare treat of living within their design vision.

Recently, we picked their brains to learn more about 11 Hoyt, their design process, favorite trends, and much more. Read on to get to know the dynamic design duo.

Can you tell us how you met and how Michaelis Boyd came to be?

AM – Tim and I first worked together in 1986 when we were both working for John Miller, where we met and became friends. In 1992/1993, I had a converted roof space where I was working on some projects on my own and Tim asked if he could take a bit of space as he was setting up on his own – we worked separately then joined up. And 25 years later, here we still are, working together and still friends!

What is your design philosophy and where do you find inspiration?

AM – My design philosophy is ‘keep it simple’ – I think our job on all projects is to understand the clients’ needs and then create the spaces they need concentrating on the flow, light, and form – striving always to simplify and pare down. I always use nature as the inspiration in its forms and simplicity and I’m not afraid to introduce curves to allow the space and light to flow.

TB – We work very closely with our clients to create individual designs that challenge their expectations, creating solutions that are both playful and practical. We always start with maximizing natural light, creating fluid and elegant circulation, and keeping things simple. Our inspiration comes from keeping our eyes open to everything around us.

You’ve worked on such a diverse range of projects, from Soho House to safari lodges in Africa. How do you shift gears from minimalist to eclectic to contemporary styles for different projects?

AM – Minimalist, eclectic and contemporary are what you see as the last layer which is what makes it personal to the client – behind that is the same simple pared-down design based on the client brief and the building’s surroundings. In the end as long as the foundations of a design are based on key principles including light, space, and form it then just comes down to the client’s personal taste.

TB – What keeps the practice energised is the diversity of the projects we work on, both in scale and their aesthetic. What grounds all our work is creating light and flow through the buildings. The final layer can then change and adapt very easily. Each project responds to its place whether it’s a new building or works to an existing building. We believe that any work should sit easily within its context. The different final layers of our work all respond to the use of the building, they are all grounded by the strong backbone of the architecture.

TB – I think that a home reflects the individual and is an expression of their life. A hotel has to appeal to a host of different users and markets, creating a one-off experience that needs impact to be remembered. 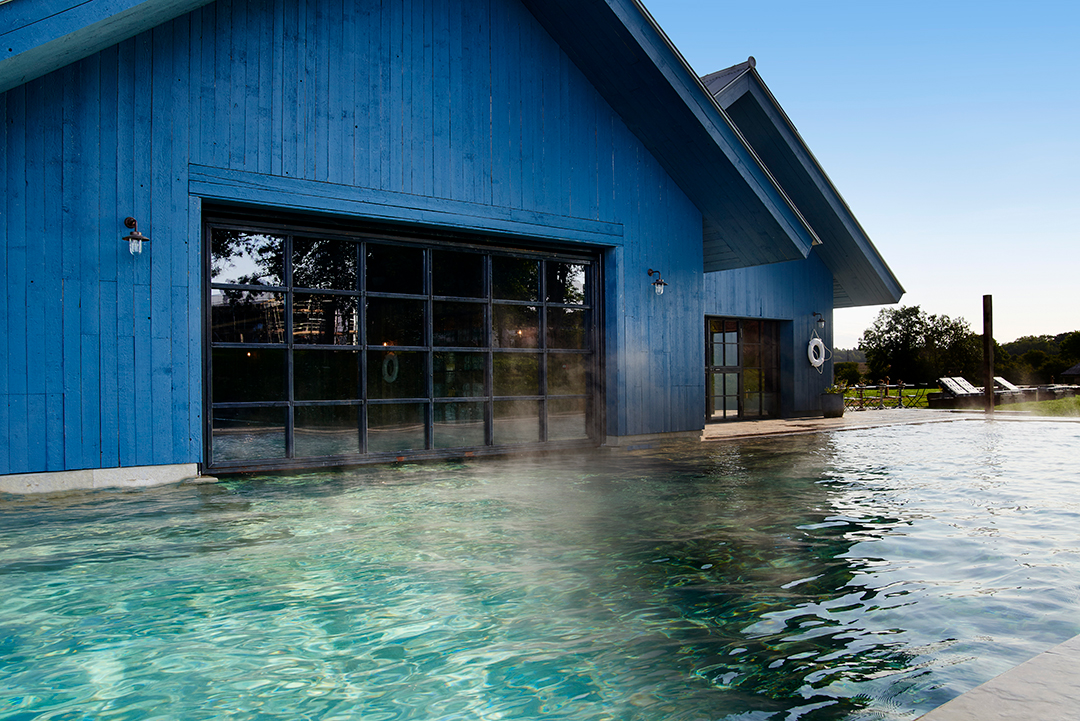 With so many people staying at home currently and maybe thinking of switching up their spaces, what are small changes that can make a big difference in a room?

TB – I think that working from home more is inevitable. Zoning spaces and creating different uses within larger rooms will become more normal, especially in the current climate. Working from home does not require massive changes to a space. The important thing is to be able to close off any work zone effectively so you can get away from it when you are using the space for other purposes.

You recently crafted the interiors for a new luxury condominium in Brooklyn, 11 Hoyt. What was the process like and what did you want the interiors to achieve?

AM – Our intention was to create something bespoke with natural materials that would age gracefully and, unlike the flat and unemotional interiors of most other developments, we championed the use of local craftsmen for certain details – the client loved it and they are selling like hotcakes.

TB- We worked very closely with Studio Gang to ensure that the architecture and the interiors worked together. As mentioned by Alex, we used local craftsmen for as many of the details as possible as we wanted to highlight Brooklyn’s rich manufacturing history, which is currently undergoing a revival. 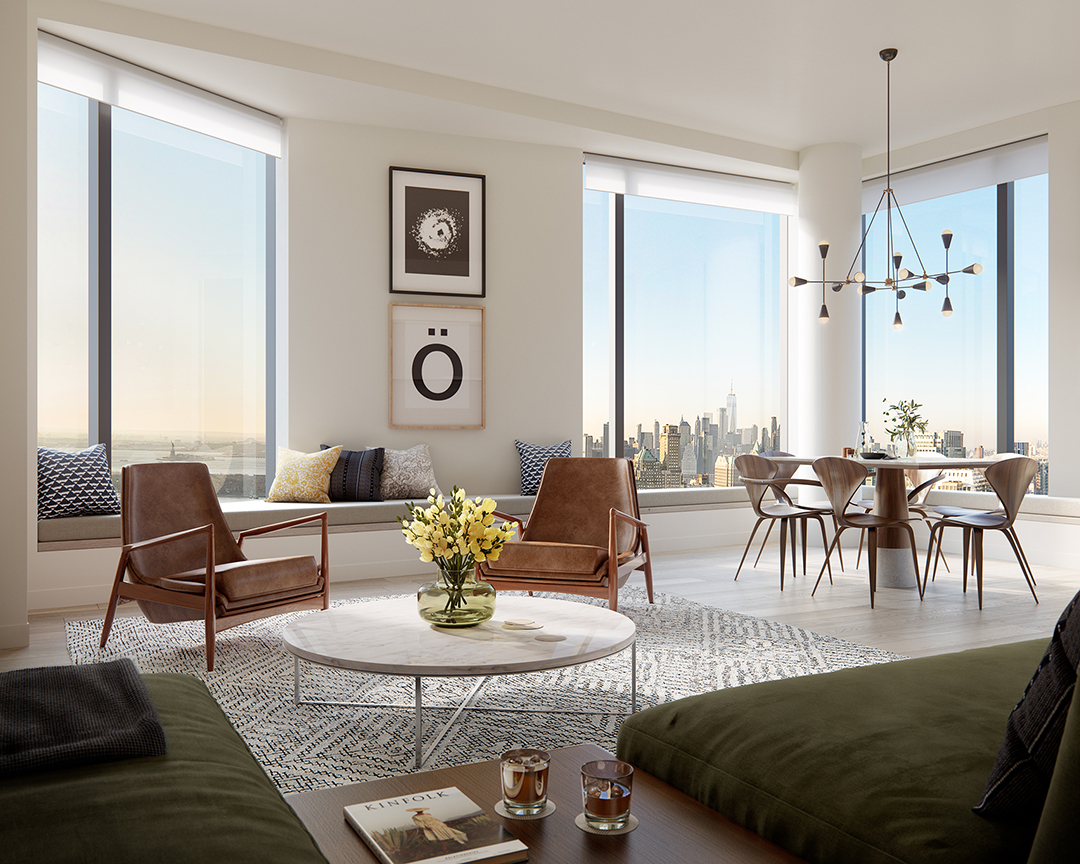 What design trends would you like to see become big or go away in 2020?

AM – Nature, and buildings melding with nature, is a trend very dear to my heart. On a lighter note, I would like to see the end of lights being positioned over the mirror in bathrooms, very unflattering!

TB – I would love to see high rise buildings using less glass and more mass in their elevations and the creation of green spaces through their floors. We need to reconnect with nature and create green spaces, around, in and on top of our buildings. In the UK, the policy on listed buildings needs to change to allow the thermal performance of the buildings to improve. Councils must allow for changes to listed buildings when they have a positive impact on the environment.

Lastly, how would you both define your personal style and how has it evolved over the course of your careers?

TB – When you start out you are very influenced by the people you are working for. I worked at Colquhoun Miller and Partners, John Miller was also my professor when I was a student. Your style changes and develops as you are exposed to more. I believe that the fundamental aesthetic which you adopt is made up of the most impactful designs and philosophies you were exposed to when you were younger. These create a library of faithful favorites that will always be there.