When it comes to historic homes, some are beautiful but their stories forgotten. However, not this one. According to the National Register of Historic Places, this Sag Harbor home was built by Lieutenant Colonel John Hulbert between 1780 and 1790. Just one of the Hamptons houses he created. Now on the market asking $11.5 million, the abode known as “Captain’s Row Compound” holds a piece of American history.

A militia leader in the Revolutionary War, John Hulbert oversaw 3,000 US Army soldiers in protecting the East End from British invasion. Some claim that the flag they carried, now dubbed the Hulbert Flag, pre-dated the one that Betsy Ross designed. Talk about revolutionary. The home’s front lawn showcases a flag pole with a plaque in front of it explaining this legacy. 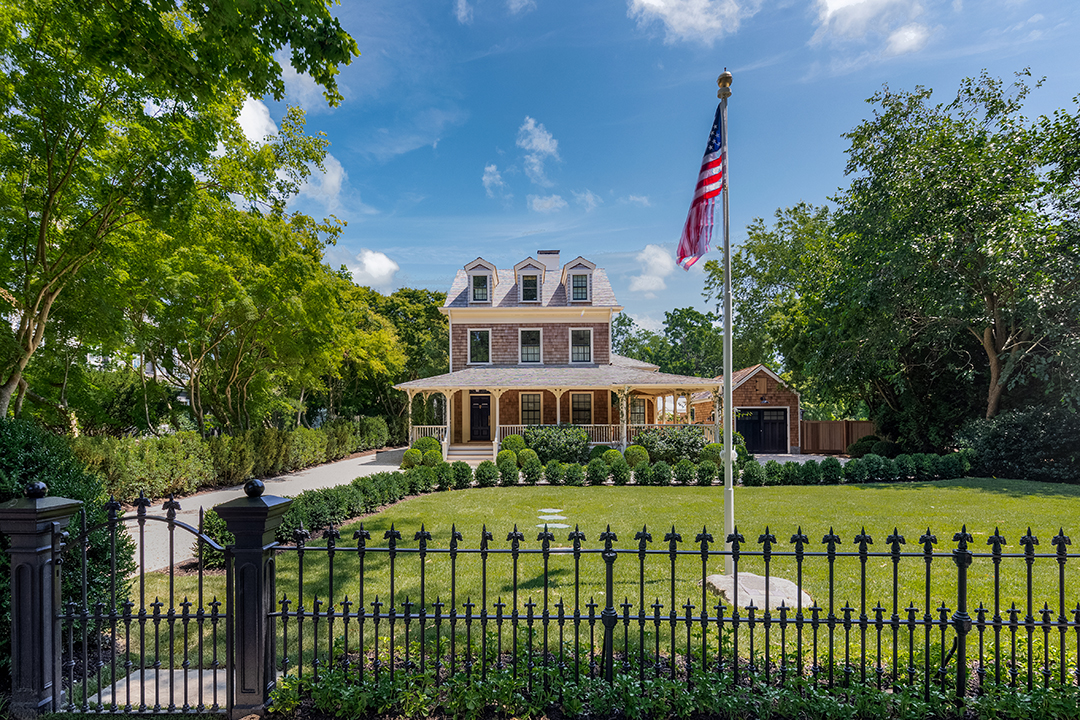 Although history is integral to the structure, its pristine present state and future potential are equally fascinating. After “a decade of approvals from local boards,” as the listing claims, the home has been brought right into the 21st century. Its open floor plan, spanning 5,000 square feet, and sky-high ceilings imbue a bright and modern atmosphere. As you travel through the three-story home, exposed wooden beams maintain a historic, rustic air. In total, it offers six bedrooms and five and a half bathrooms.

A dramatic glass wall dominates the back exterior of the home with views of a 40-foot gunite pool, Japanese maples, bluestone patios, and a guest house. Holding a luxurious outdoor shower to boot, this is far from 18th-century living.