Once an artist's studio, this SoHo loft now balances light, privacy, and a singular collection of striking art and furniture. 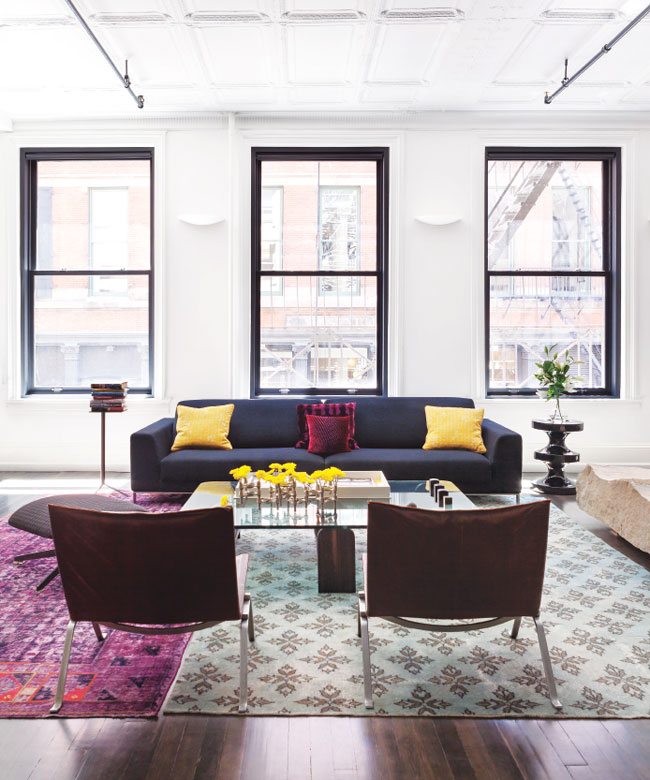 In 2005, Leyli Zohrenejad—born in Iran, raised in California, and recently employed by an investment bank in New York City—purchased a 1,400-square-foot SoHo loft from an artist who had used it as his studio. “He told me the space had great karma and that he had done some of his best work here,” recalls Zohrenejad. Sure enough, the loft’s powerful mojo began working right away on the NYU law school grad’s relationship with investment banker Maximilian Coreth: “The day I first kissed him was the day I signed the contract on this place.”

From the outset, Zohrenejad assumed that transforming the commercially zoned space into a residence would be a straightforward, by-the-book loft conversion. But architect David Howell convinced her to compartmentalize the square footage in a way that provided some privacy while preserving the airiness that she loved. He installed a partial-height dividing wall between the kitchen area and master bedroom, leaving a two-foot gap from the 12-foot-high ceiling and allowing light to filter in from a row of street-facing windows at the front of the loft. “Leyli was willing to look at solutions that really work rather than what she thought would work,” says Howell. “She and Maximilian have been so open to design, to architecture, art, and objects.” 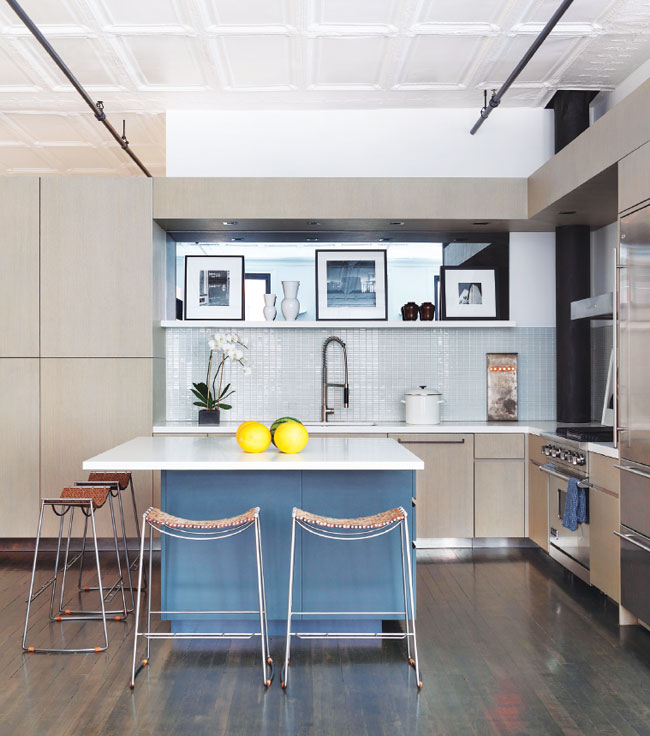 Following Zohrenejad’s mandate that tin ceilings, cast-iron columns, and well-worn maple floors remain intact, Howell deftly supplemented the loft structure with private zones, such as a front office space that doubles as a guest bedroom and a sleek guest bathroom with Italian tiles, an oversize slate sink, and stylish mood lighting. “When I talked to David about having guests and creating rooms for them,” Zohrenejad recalls with a smile, “he said, ‘You want to make them comfortable, but not too comfortable.’”

By 2008, Zohrenejad and Coreth had gotten serious about each other and decided to move in together. “I really fell in love with the place, just as Leyli had,” says Coreth. “Over time, our relationship evolved. We went on a journey together, to figure out what we both wanted in the space.” 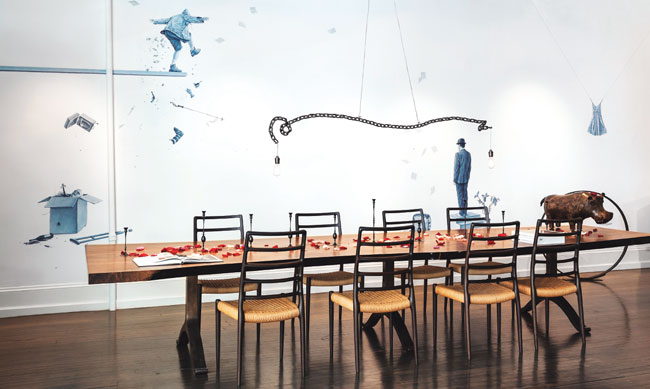 Zohrenejad was responsible for some of the home’s biggest design decisions, including a 14-foot-long custom dining table from BDDW (coveted by Bono in the showroom just before she bought it) and a 1,500-pound limestone bench made from the salvaged foundation of a 190-year-old Hudson Valley barn. Getting such pieces into the loft involved some literal heavy lifting: The couple’s street was closed off for five hours while the two pieces were hoisted into the apartment by crane.

Coreth’s style statement is a whimsical canopied chair designed by Tord Boontje. It’s woven from the same nylon cords used in fishnets, which remind Coreth of his childhood as the son of a diplomat in Senegal. Two decorative hippos, one made out of scrap metal and another a 19th-century English leather footrest, are gifts to him from Zohrenejad. “On one hand, hippos can be the sweetest animal, if you leave them alone,” says Coreth of his favorite creature. “They can also be the most ferocious animals if you cross them.”

On a south wall, a custom-designed mural painted by artist Joe Biel is filled with references from the couple’s life together, including a ski pole that recalls their many winter weekends in Alta, Utah. (Howell is currently helping them build a western getaway there.) The mural, like the home’s interior, is an ongoing project, and the couple like it that way. “It has taken us four years to do, just as our place hasn’t been completed in one fell swoop either,” Coreth says. “It has evolved over time. We didn’t want to create a space that would look great instantly but feel contrived. We wanted it to be real, livable.” 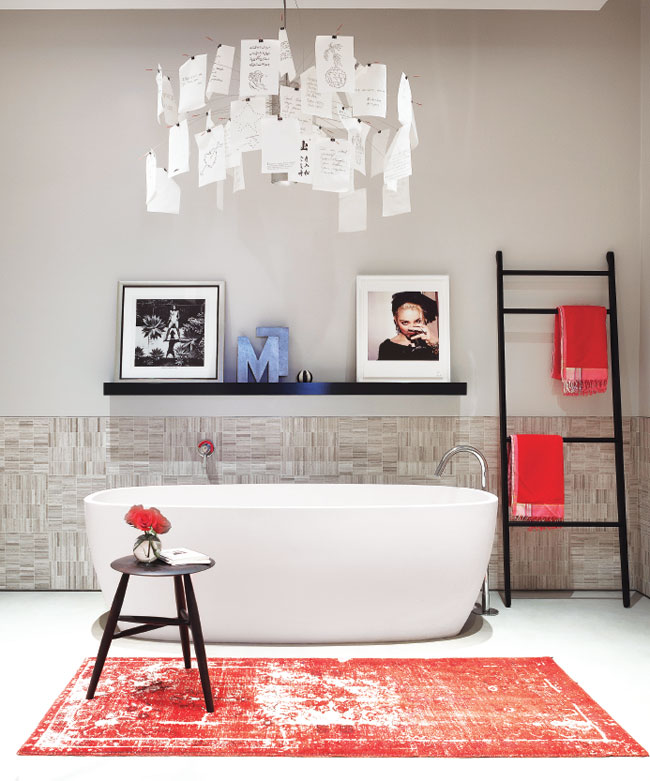 To balance the more masculine feel of the loft’s main room, Zohrenejad chose softer materials for the master bedroom, where the bed is covered with a seductive silk throw from Morocco. “We wanted something a bit more feminine and warmer in tone,” says Zohrenejad, who adds that she and Coreth were both inspired by the interiors of the Hôtel Costes in Paris. “It’s very red, rich, and velvety, with a boudoir feeling. We’ve loved going to that hotel. Now we just like being home.”

BROWSE MORE PHOTOS FROM THIS FEATURE In THE FULL GALLERY BELOW