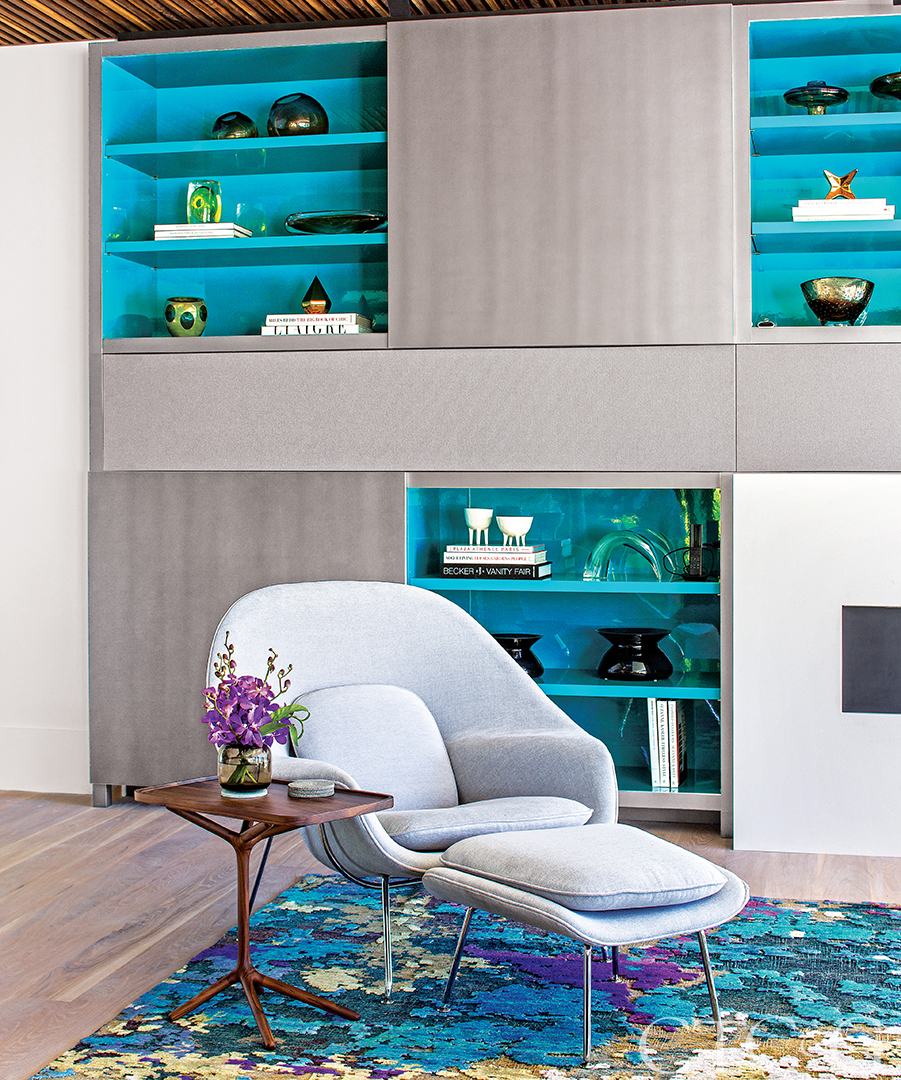 Just as no two seashells, coves or pieces of beach glass found along the Connecticut shoreline are identical, so too is this house a wholly original find. Situated on a tidal inlet in Darien, this five-bedroom house by architect Andrew Bartolotta is like no other residence in or around town. Yet it harkens to both traditional New England vernacular forms and decidedly contemporary ones. “The house blurs the lines between the new and the traditional,” explains Bartolotta, a principal in the Norwalk firm of Beinfield Architecture. “The clients, a couple with two children, wanted a modern house, but one that still fit into the context of Darien.”

One of the defining features of the structure is its monochromaticism, with its walls, roof and trims of a similar brownish hue. “This was a deliberate aesthetic decision,” he says. As a result of the complementary shades, the very form of the house emerges fully, its geometry all the more pronounced.

Given the long list of siting constraints for residences built on and near Long Island Sound, the architect notes that the positioning of the house on the property dictated its resulting design. One conspicuous example of that is the way the windows wrap corners and form diagonals in order to embrace as much of the surrounding water and land views as possible. Another notable design moment is the glass bridge that delicately vaults an existing stream and links with a boardwalk to the front door. 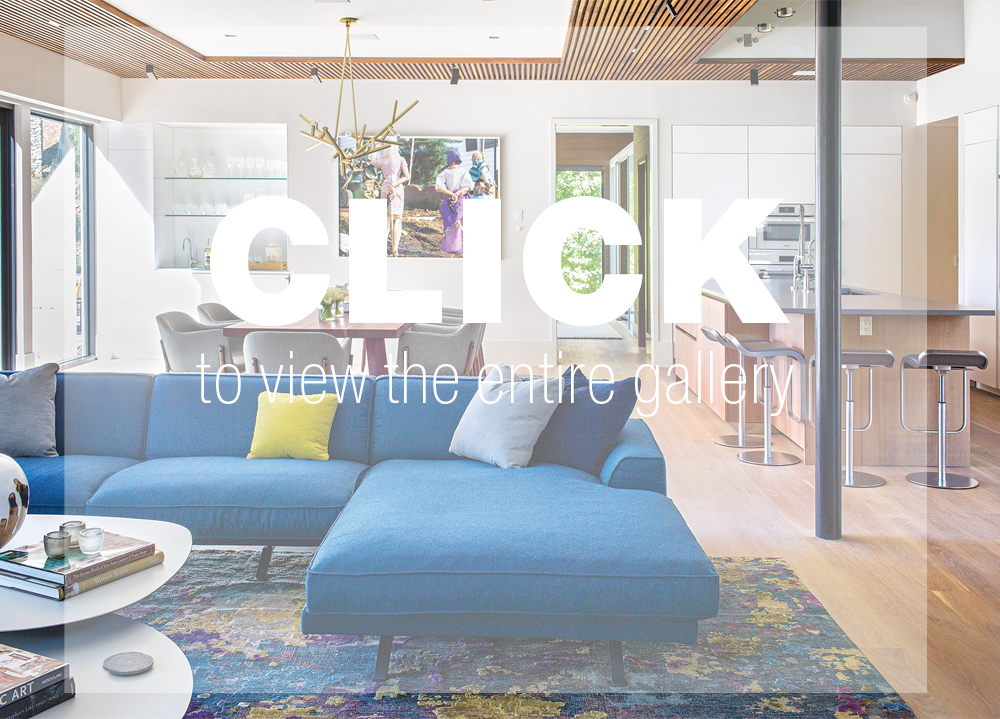 While the clients were very engaged with both the architecture and the interior design, the resulting home, inside and out, was largely the result of a strong and collegial collaboration between Bartolotta and Amy Zolin, the interior designer, who is part of the team at Greenwich's  Clarity Home Interiors. “The client relied on me for the resources and the materials, but she was also very hands on while Andrew and I began our work together during the construction phase,” notes Zolin. What both architect and interior designer knew from the start was that the clients wanted this house to feature their growing art collection, while remaining casual in feel.

Which is not to say that the interiors are gallery-calm and restrained. A bright yellow mudroom, a family room punctuated by large-scale purple sofas, and a living room that pops with aqua-teal bookcases, periwinkle sofas and a multihued carpet, whose pattern references an image of earth as seen from the moon, reveal a strong and calculated aesthetic. “When I showed the client some of these colors, she said ‘yes’ to them all,” says Zolin. “Her personality came through and so did that of the house.” Bartolotta added his own signature by tracing portions of the ceiling with slats of oiled walnut for what he calls “a corduroy treatment and a way to designate zones.”

The open-plan main area of the home combines kitchen, living room and dining area. While Zolin was careful to subtly demarcate each space, mostly through area rugs and wall treatments, Bartolotta was intent on uniting the space with a dramatic staircase that appears to float. “I thought of the staircase very much as origami,” says Bartolotta. “Steel, of course, doesn’t bend the way paper does, but I wanted the form of it to appear as effortless as a folded paper creation.” White oak treads are affixed to a steel frame, with risers daringly left open to the elements.

Meanwhile, Zolin complemented Bartolotta’s work by choosing a 16-foot chandelier that “cascades all the way down from the ceiling,” as she describes the effect. “The right chandeliers and lighting sources provide the theatrics in a house, without overpowering the other elements,” she stresses. “The whole house has that ‘ahhhh’ feeling to it when you walk inside.”

A version of this article appeared in the June 2017 issue of CTC&G (Connecticut Cottages & Gardens) with the headline: Coastal Cool.