An Artist's Upper East Side Apartment Puts the Fun in Functional 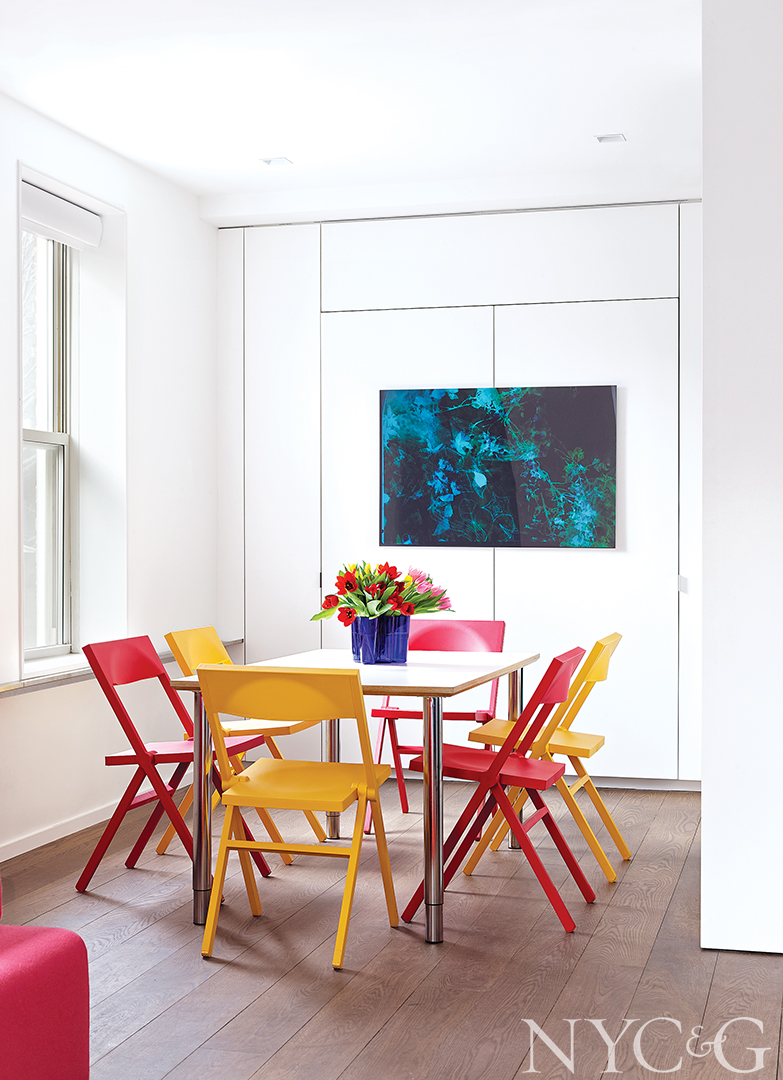 Bogotá-based artist Lorenza Panero waited more than a decade for her turn-of-the-last-century Upper East Side co-op on Madison Avenue to become available—but hers isn’t the typical New York “real-estalker” story. “I bought the apartment from my sister,” says Panero, who was born in the city and has also lived in Italy, Spain, and Miami, in addition to Colombia. “I had tagged along to see it when she was first looking for a place, and I told her, ‘You have to buy it. And the day you want to sell it, sell it to me.’ You just don’t find natural light like this in New York.”

Even though Panero currently travels to Manhattan just five times a year, she knew that the 1,075-square-foot pied-à-terre would require a revamp to suit her needs, including flexible guest quarters for her peripatetic sons—aged 16, 18, and 20—as well as exhibition space for her work: colorful, nature-inspired Cibachrome prints that she produces in a darkroom. To complete the transformation, she called on her friend Ted Porter of New York–based Ryall Porter Sheridan Architects, whom she met more than two decades ago, while she was living in Manhattan full-time. She told Porter about a residence hotel she had once stayed at in Rome, fondly recalling how certain areas of her room could be closed off, resulting in a clean, sleek look. “It was so efficient and pretty,” she says. “I wanted to be able to hide the functional parts of my apartment and have a neutral white space for showing artwork to potential buyers and dealers.” 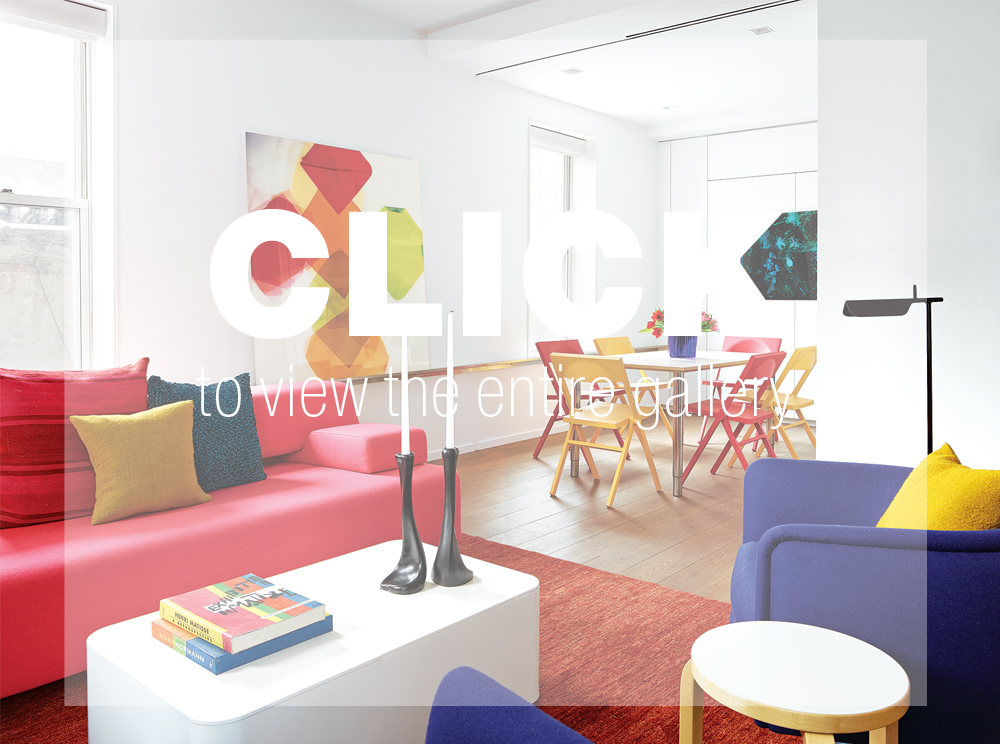 Porter devised a plan that features a master bedroom with a dedicated storage closet for artwork, a dining area that can be converted into a second bedroom—thanks to a Murphy bed and a movable partition that closes off the space from the living room—and a compact kitchen along one side of a long hallway that, when concealed by sliding doors, looks like a wall of closets. “The apartment was originally set up as a choppy two-bedroom, so we reconfigured the walls to make it feel like one large volume when she wanted it to,” says Porter. There’s even a pass-through space above the sink that links the kitchen and dining areas, as well as a glass upper cabinet that can be accessed from both rooms while allowing natural light to spill into the kitchen. (A privacy panel covers the opening when Panero has overnight guests.) In the dining area, a collapsible table and Design Within Reach folding chairs are tucked away in a closet when the Murphy bed is put to use, and in the adjacent living room, a custom cabinet hides the television and a DDC sofa transforms into a queen-size bed. Throughout the apartment, an aluminum picture rail runs along most of the walls, providing Panero with endless options for displaying and rotating art.

The neutral backdrop gets a colorful kick from seating pieces and textiles in shades of hot pink and primary red, yellow, and blue—similar to the vibrant hues found in Panero’s work. While bold by any account, it’s definitely not the kind of palette typically found on the risk-averse Upper East Side. “Lorenza wanted color to give the rooms character, making the apartment feel less like an art gallery and more like a residence,” Porter says. “It was refreshing to have a client who was so fearless.”

A version of this article appeared in the May/June 2017 issue of NYC&G (New York Cottages & Gardens) with the headline: Hidden Genius.