An East Hampton quilter follows her own pattern

Victoria Findlay Wolfe is one of Ameirca's top quilters, but she's hardly the bespectacled grandmother one might expect. Working out of her East Hampton home some might call her the "it girl" of the modern quilt movement. 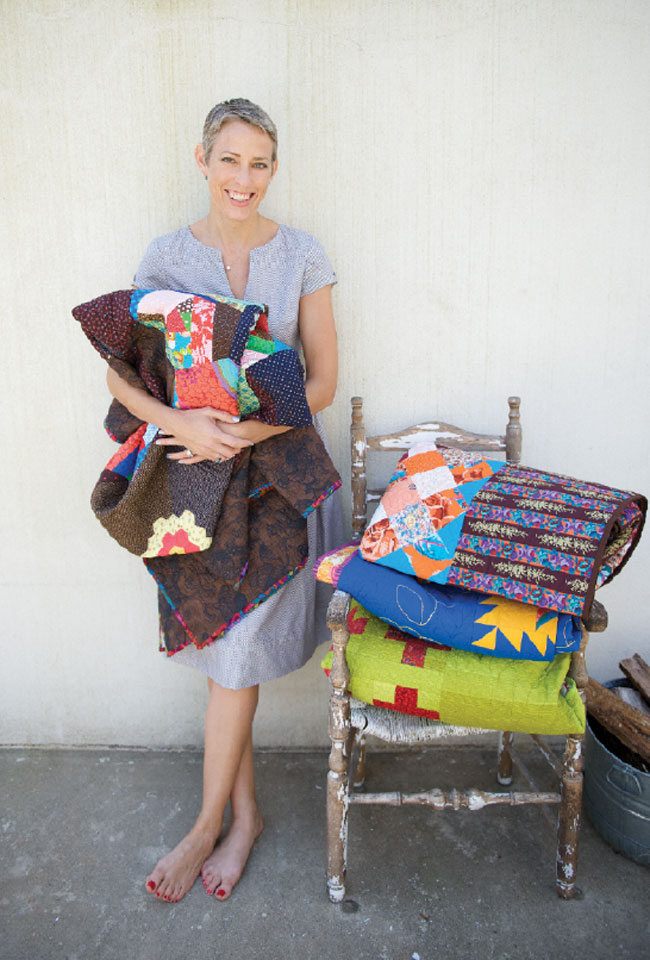 Victoria Findlay Wolfe is one of America’s top quilters, but she’s hardly the bespectacled grandmother one might expect. Working out of her East Hampton home, the youthful, effervescent Findlay Wolfe is what some might call the “it girl” of the modern quilt movement, which aims to redefine the art of quilting through new skills, new color palettes, and even new means of production.

Findlay Wolfe produces about 100 quilts a year, all of them unique. Her “Double Edged Love” quilt, a contemporary take on the classic overlapping-wedding-ring pattern, won “Best in Show” in the modern traditionalism category earlier this year at the first-ever QuiltCon, a national quilt show and conference held in Austin. It is on display at California’s San Jose Museum of Quilts & Textiles until the end of this month.

“Many people like to work from a pattern when they are making a quilt, but I don’t do that,” says Findlay Wolfe. “I’m making something from nothing. I use mostly fabric scraps, little pieces I’ve collected and held on to through the years, like small remnants from dresses I’ve sewn for my daughter or scraps that I literally salvaged out of the trash at quilting seminars. I save it all. I’m amazed by the amount of perfectly usable fabric that people throw away!” 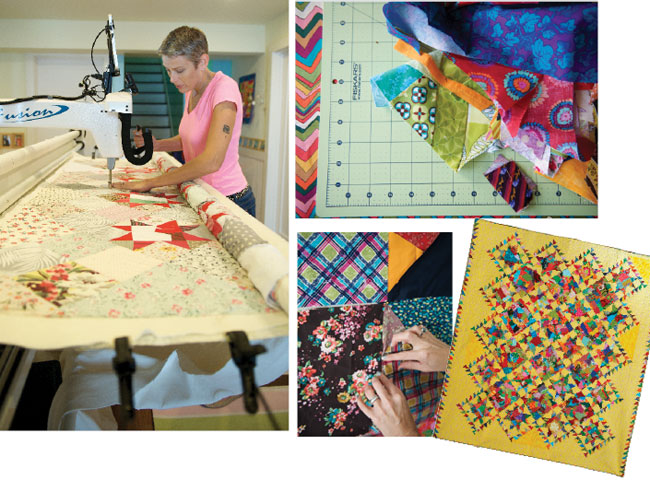 About 80 percent of Findlay Wolfe’s work is done on commission, yet she refuses to follow direct orders from any client. Instead, she asks for a single color or word to base the quilt on and allows her impulses to guide her the rest of the way. “I don’t take a deposit,” says Findlay Wolfe. “If a client doesn’t like a finished product, there is no obligation to buy it. This happens all the time, but I’m here to make my own vision, not somebody else’s.”

Findlay Wolfe’s quilts start with her scrap bins. She sews the remnants together until she has a larger piece to work with (what she calls “made fabric”). Then she decides whether to cut the made fabric into smaller pieces that will eventually become part of a larger quilt, or to make what she describes as an “intuition quilt.” Sometimes, she says, “the fabric is so pretty, I don’t want to cut it up, but I start and just let it build on its own.” Next, she pieces together the top layer, then adds the batting, or the middle layer, and finally, the backing fabric. The quilting itself encompasses stitching all three layers together. She does this either on an everyday sewing machine or on a heavy-duty long-arm quilting machine, which can be operated both by hand and by computer program.

The final steps of the process include applying the binding, sewn on all four edges of the quilt with a basic whipstitch, and a hand-written label. “Labeling a quilt lets everyone know who made it, and when,” says Findlay Wolfe. “These things will be around a lot longer than we will.”