An Eccentric Quogue Residence Gets a Contemporary Refresh 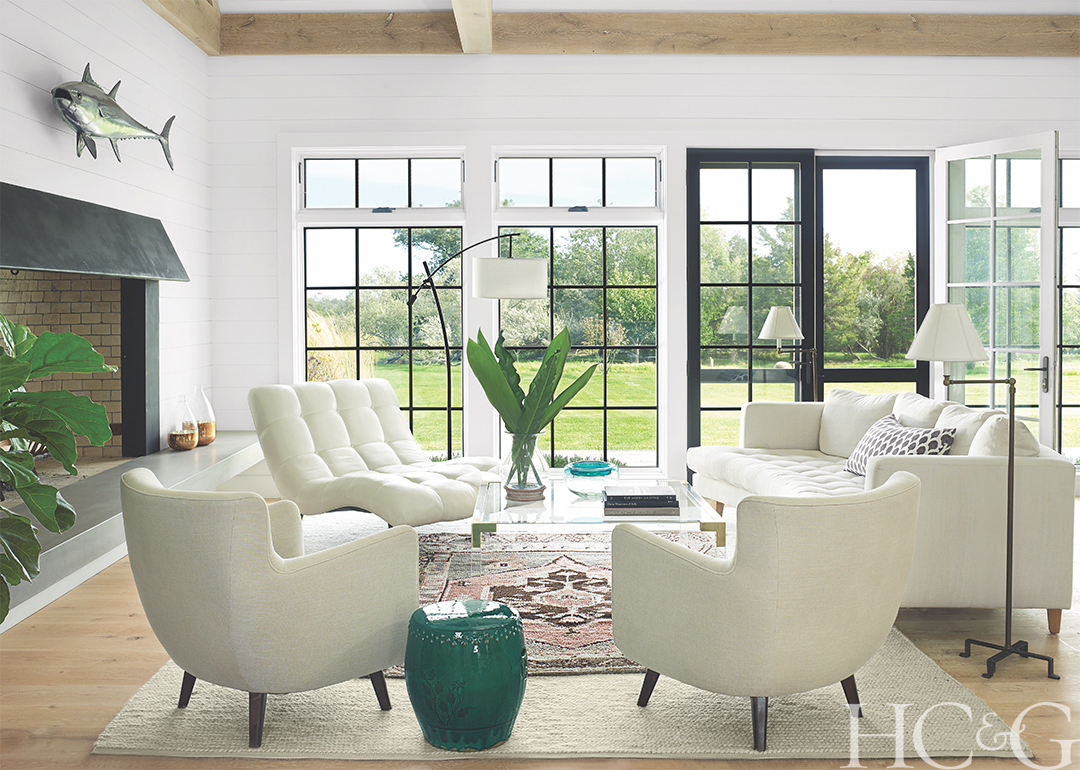 The eccentric 1960s Quogue contemporary that languished for a year on the market had a few flaws, most notably a tree that was growing right through the ceiling. Potential buyers were distracted, too, by the Desert Southwest interiors and pink-painted faux stucco. But once the seller chopped down the tree and patched the roof, interior designer Ashley Bradley decided she could neutralize the rest with an all-over coat of white paint—down to the brick floor. She had lots of experience renovating apartments in New York and an ancient house in Quogue on the shore, and wanted to buy something in the village “that was kind of a mess.” So she and her husband took the plunge.

Bradley put herself on a strict budget and never considered tearing down the old house. “I’m super cheap,” says the designer, who set about changing the structure’s character with an array of accessible new furnishings. “If I can shop at West Elm or CB2, then I’m happy.” For her son’s American flag–themed bedroom, she bought a pair of Milo Baughman chairs at a yard sale and re-covered them in navy linen with red piping. A comfy sofa from Homenature now inhabits the living room, and the adjacent dining area’s showpiece is a Mecox refectory table with a resin top that resembles a live-edge wood slab (“You think it’s walnut, until you touch it”). 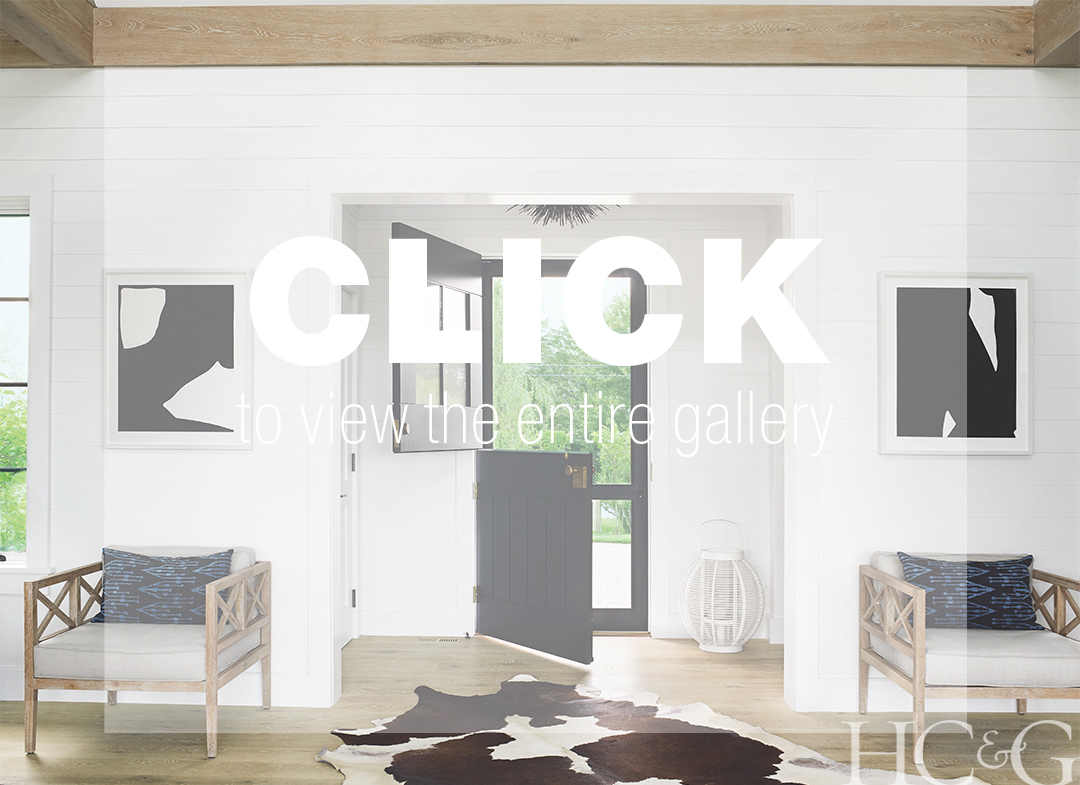 Despite the decorator’s considerable improvements, the new family abode unexpectedly “became the house from hell” when lightning struck the roof for a second time. Upon its repair, Bradley and her husband discovered that a wild animal had been living in the attic and was now trapped—and desperate to escape. She wryly describes the critter as “the raccoon that changed our destiny.”

A call went out immediately to architect Stuart Disston, a family friend who grew up nearby and still had fond memories of visiting the house during his childhood. After planning on raising the entire structure six feet, he ultimately ended up working for a year on a completely reinvigorated design. Rather unsentimentally, architect and clients pulled down the old house and started from scratch.

The new residence recalls the best of the original, albeit on a slightly different footprint. “We love the light and the layout,” Bradley says. Vaulted ceilings showcase heavy-timber trusses visually similar to those in the original home, and the fireplace was re-created atop a five-inch-thick concrete shelf that cantilevers from the hearth. Even the metal hood and damper above were salvaged from the old house, restored, and reinstalled.

Outside, the home is quietly Quogue-appropriate, its weathered volumes shingled and bleached like a trio of low-slung fisherman’s sheds. “Ashley didn’t want something screaming, I have arrived!” recalls Disston, who is justifiably proud of less obvious achievements, like how the horizontal grooves in the kitchen’s ceiling planks were customized and milled to match perfectly in the corners, marrying the geometry of two different slopes. Wooden living room windows have been painted graphite gray inside to look like steel sashes, transoms above open to catch the breeze, and a window set higher up on the wall draws in the rosy glow of the setting summer sun. The Bradleys may have been to hell and back, but the final result is heaven-sent.

A version of this article appeared in the July, 15 issue of HC&G (Hamptons Cottages & Gardens) with the headline: Quogue 2.0.