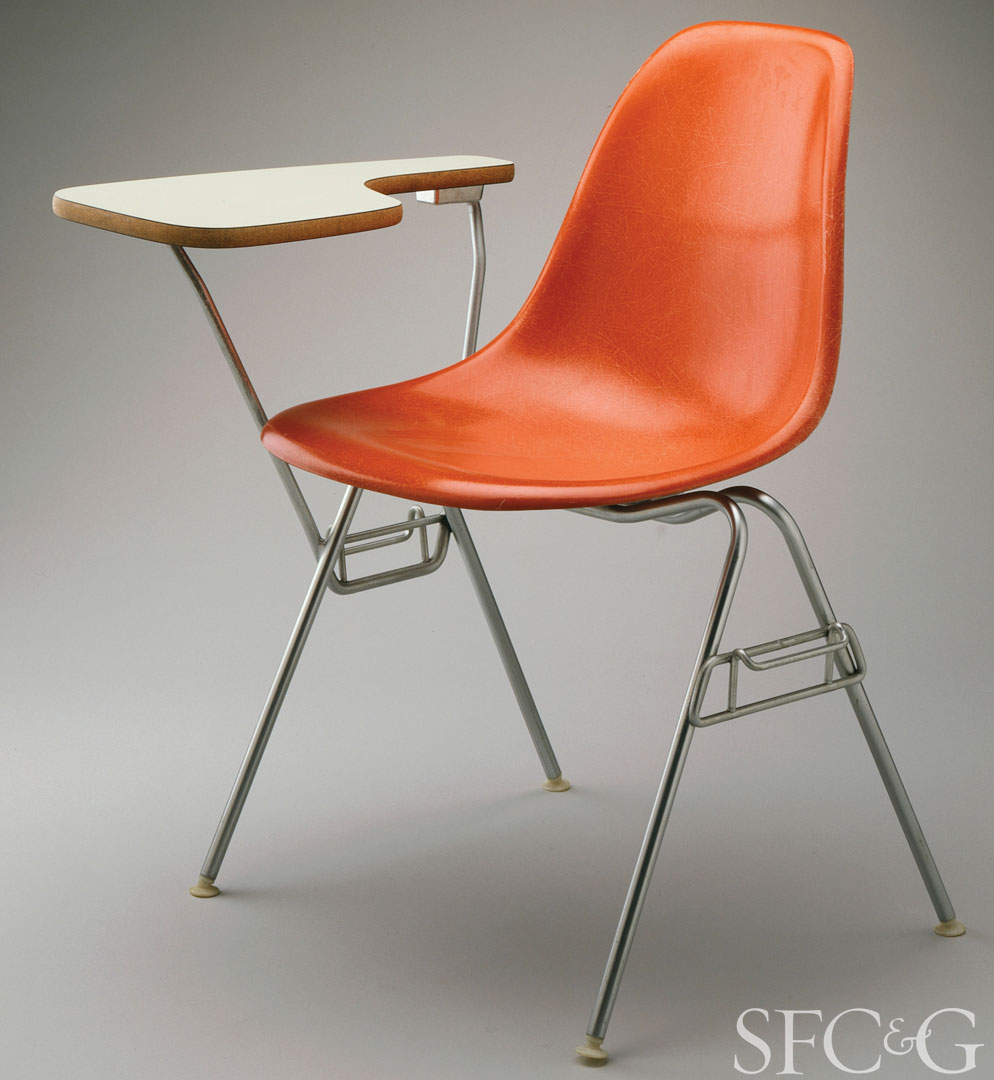 A major new exhibition at Stanford’s Cantor Arts Center, “Creativity On The Line: Design for the Corporate World 1950-1975,” focuses on the post-World War II period when American and European industry first begin to view design as a life-enhancing discipline. Executives at companies including IBM, Bell Labs, Westinghouse, Olivetti and Braun hired the likes of Charles and Ray Eames, George Nelson, Ettore Sottsass and Dieter Rams—designers who would later be hailed as core originators of the modernism movement. The exhibition offers a fresh perspective on this oft-examined era by focusing on not just the products, but on the working dynamics between designers and corporate management. Conceived by the Cantor’s Adjunct Curator of Architecture and Design, Wim de Wit, the exhibition shines a spotlight on 125 products ranging from furniture to graphics, as well as on the sometimes ambivalent relationships that produced them. 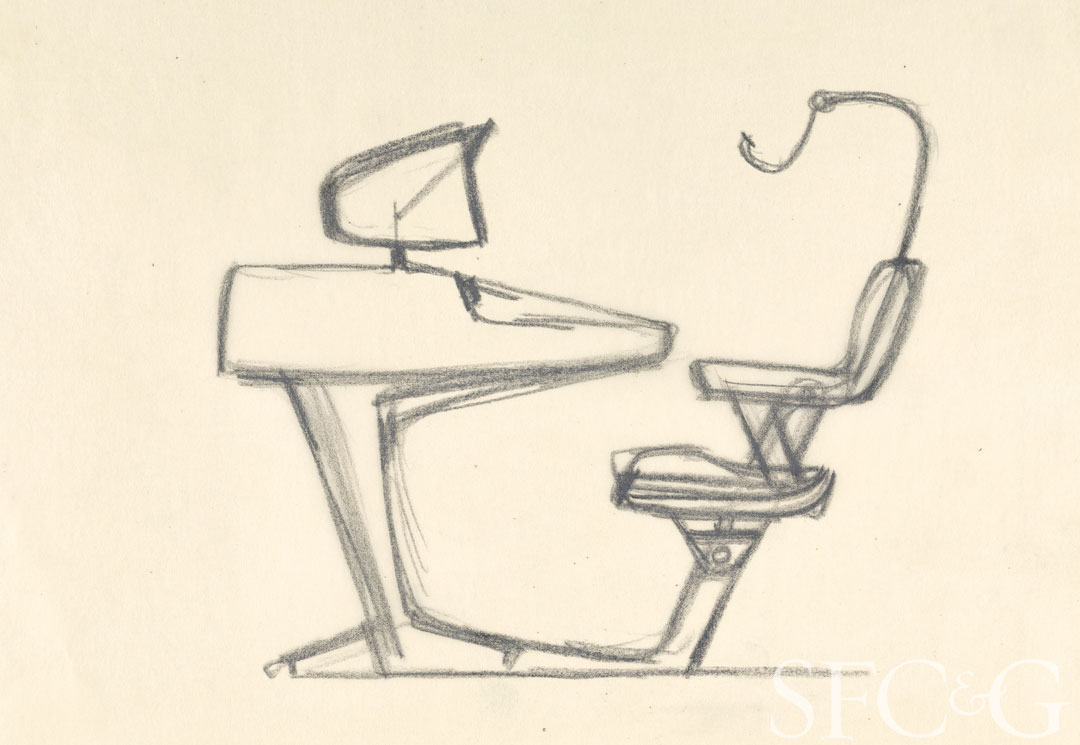 De Wit’s research zeroed in on the International Design Conference in Aspen, an annual forum founded to establish a synergy between industry and design, and the period between 1950-75 in particular. “At that point independent designers began accepting lucrative commissions from large companies,” he says. “They saw themselves as freethinkers and many of them voiced concerns that their ideas might be compromised by a corporate mindset that prioritized market research, sales curves and planned obsolescence over creativity.” That outlook stands in stark contrast to today’s design culture, notes de Wit, in which, for example, the “diverse, multi-disciplinary design firms currently thriving in San Francisco and Silicon Valley absolutely work hand in hand with their industrial partners. Rather than doubt, they have a clarity and optimism about their vision. They know how beneficial good design is for all aspects of society.” 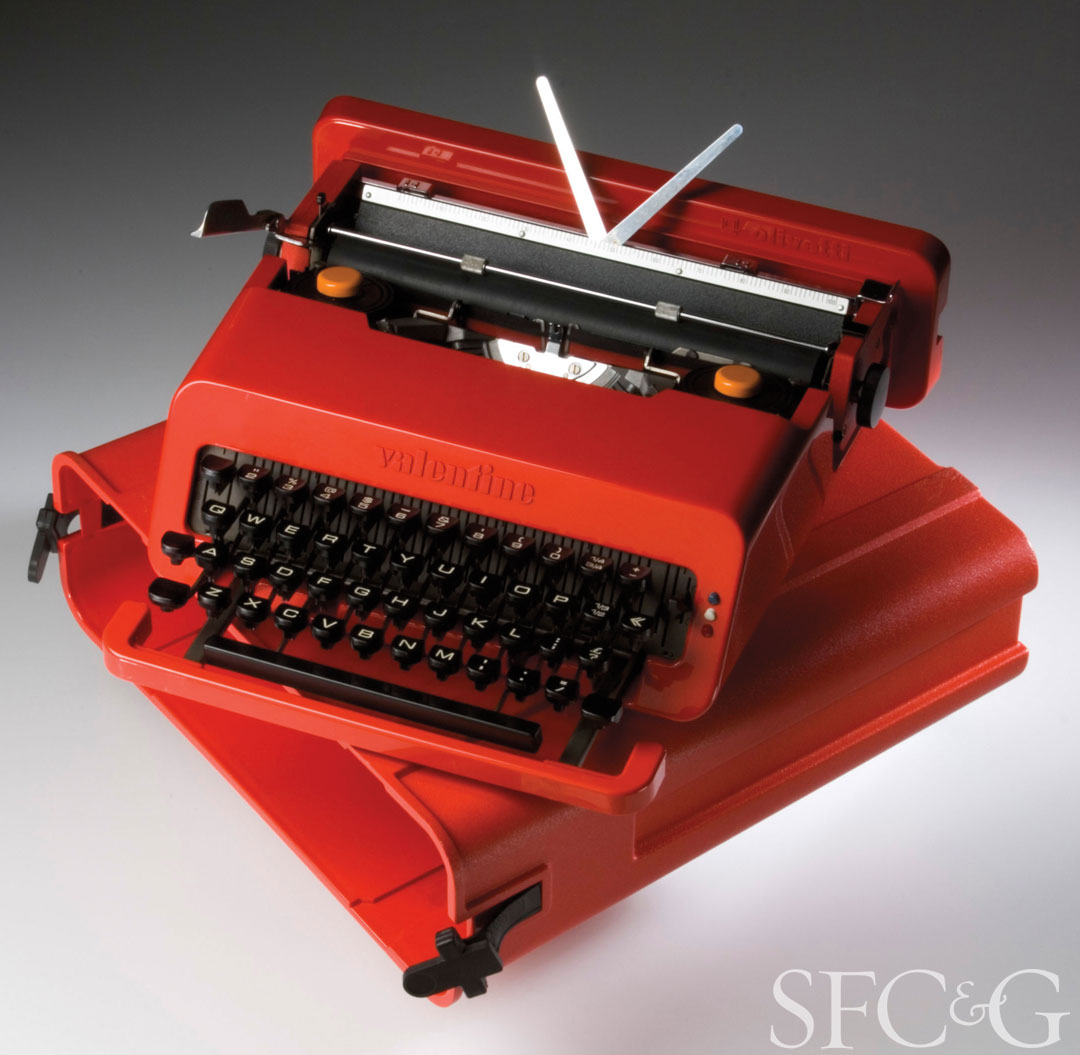 The 1961 Selectric typewriter represents IBM; its designer, Eliot Noyes, was also responsible for bringing in legendary art director Paul Rand to devise the company’s award-winning logo and for commissioning interiors for the firm from Marcel Breuer and Eero Saarinen, as well as architecture from Paul Rudolph. For de Wit, another standout is a drill conceived by Garth Huxtable in 1951 for tool company Millers Falls. “We’ll showcase sketches alongside the realized object,” he says, “and I think people will be surprised that something so utilitarian has such beauty and elegance.”

Among many other iconic works on display are Charles and Ray Eames’ 1960-61 Molded Fiberglass chair for Herman Miller; graphic designer Lester Beall’s logos for Caterpillar; Brevetti Robbiati's Atomic Espresso maker, and Poul Kjaerholm’s sleek, gravity-defying PK24 “Hammock” chaise, produced by Danish entrepreneur and furniture maker E. Kold Christensen. Though not created at a corporation, the latter exemplifies the period’s innovation and reverence for materials and, like most of the exhibition’s objects, epitomizes a less-is-more approach. “It’s a perfectly engineered, unpredictable combination of stainless steel, leather and cane,” says de Wit. “Like the Eames, Verner Panton and Joe Columbo chairs we’ve included, it’s incredibly well thought-through, so it will live forever.

“Creativity On The Line: Design for the Corporate World 1950-1975” is on view from April 26 to August 21 at Stanford's Cantor Arts Center.

A version of this article appeared in the April/May 2017 issue of SFC&G (San Francisco Cottages & Gardens) with the headline: Forces at Work.