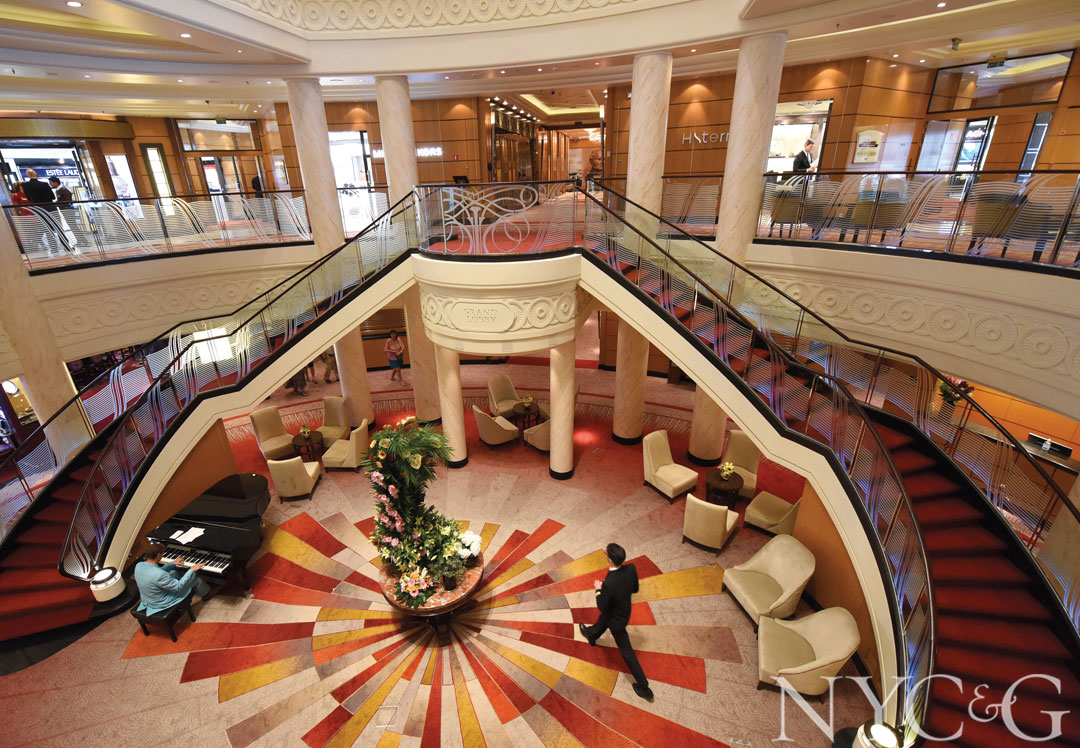 When I was growing up in Scotland, I was always fascinated by newsreels of film stars like Elizabeth Taylor or Cary Grant crossing the Atlantic on a gleaming ocean liner. Gorgeous people boarding with Vuitton wardrobes, valets scurrying along with ball gowns and tuxedos to be pressed, crowds waving from the dock, mountains of caviar and Champagne awaiting in staterooms, dinner at the captain’s table, and lazy afternoons in a deck chair, tucked under a blanket with a good book: These visions filled my dreams. 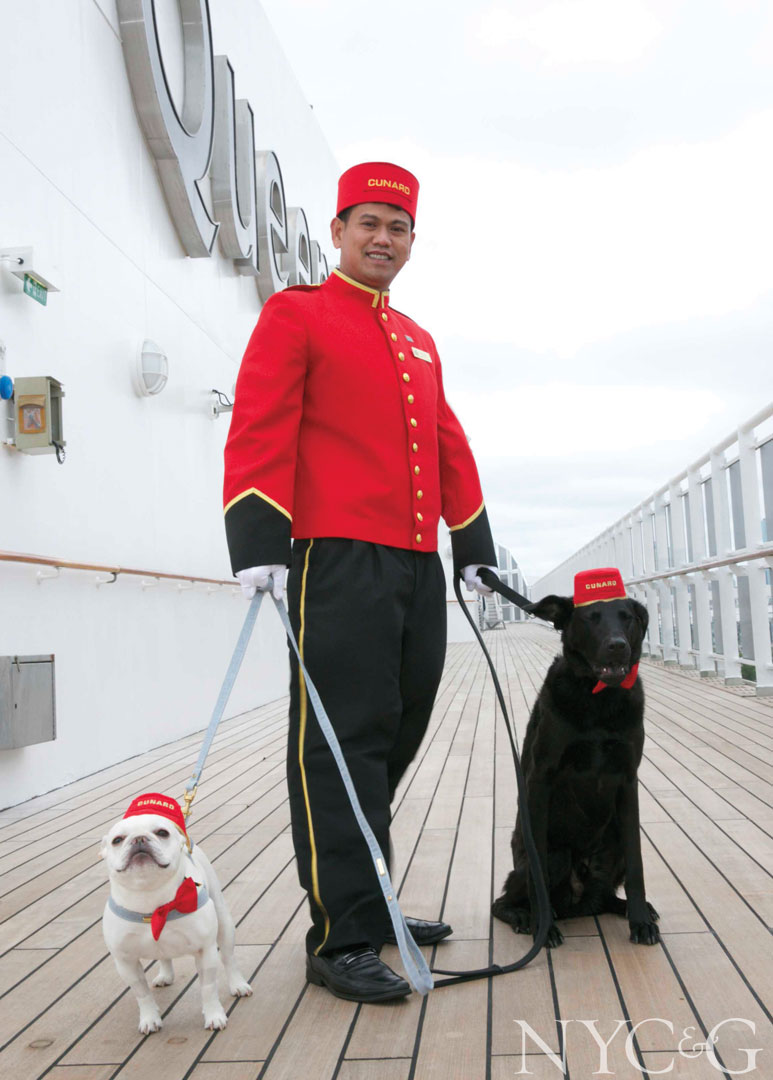 But those dreams were shattered in 2008, when the beautiful Queen Elizabeth 2, surely the most famous ocean liner in the world, retired. Then one day last summer, an invitation came to cross the Atlantic Ocean from Red Hook, Brooklyn, to Southampton, England, on the RMS Queen Mary 2 (QM2), which had been newly “remastered” (or redecorated, to use design-world parlance) by its owner, Cunard. An army of 5,000 workers had spent a sum total of about a million hours enlarging the lobby, reconfiguring the dining areas, staterooms, and gathering places, and laying 594,000 square feet of carpet.

The QM2 is definitely no cruise ship: It is a true ocean liner. While other vessels of her size might accommodate upwards of 6,000 passengers, the QM2 carries 2,961, with roughly 1,500 crew. Those figures translate to a spacious sailing ship with enough room for duplex suites, double-height ballrooms, and high ceilings—in short, a floating 15-story luxury hotel with a level of service to match. 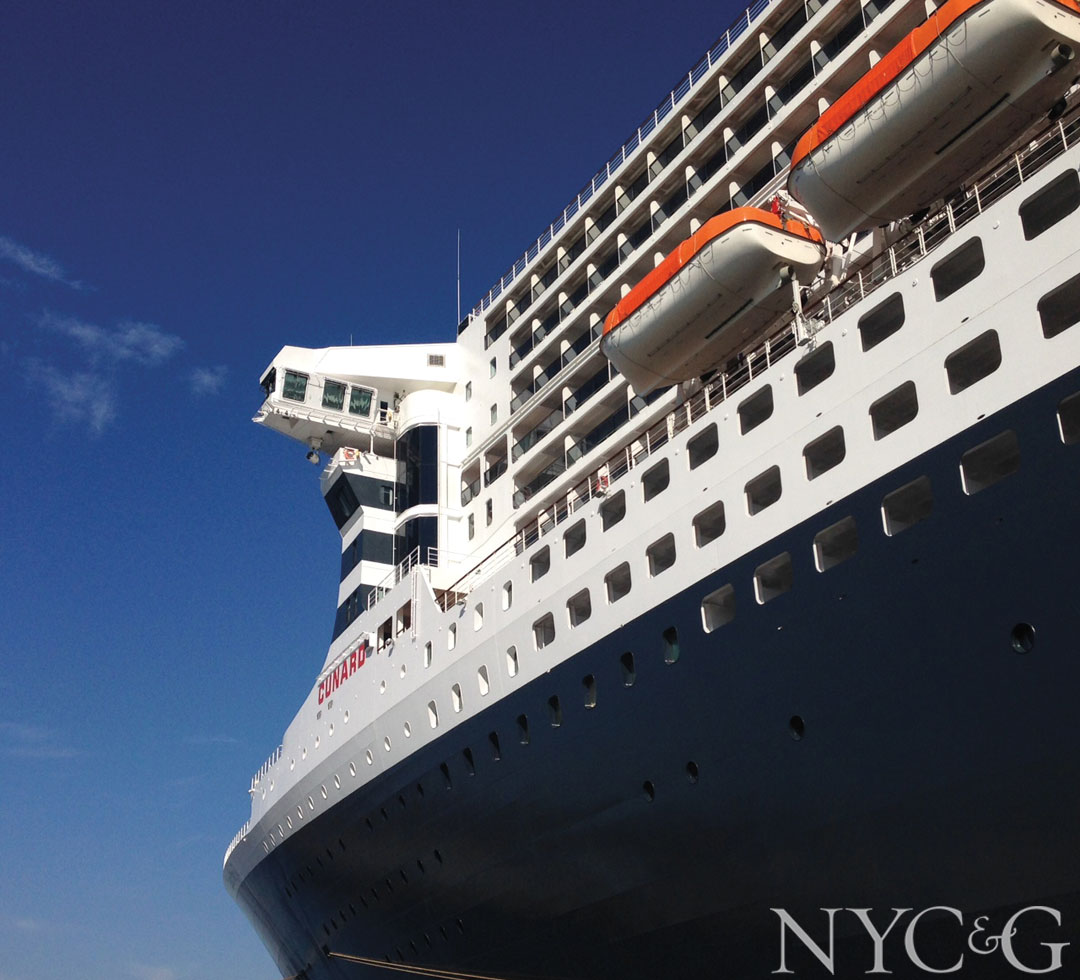 On the day of my departure, a suggested boarding time of noon for a 5 p.m. “sail away” immediately put me at ease. Gone was the obsessive urge to look at my watch, confirm boarding gates, or check for flight delays. While leisurely unpacking, my traveling companion and I sipped Champagne and nibbled on chocolate truffles, perused various invitations, and made the acquaintance of Aidan, our cabin steward, and soon we were off, taking dinner that night in the Princess Grill, where our table mates included an Irish couple who lived in England and an American couple from Ohio. As the Scots would say, we all “had a great laugh.” 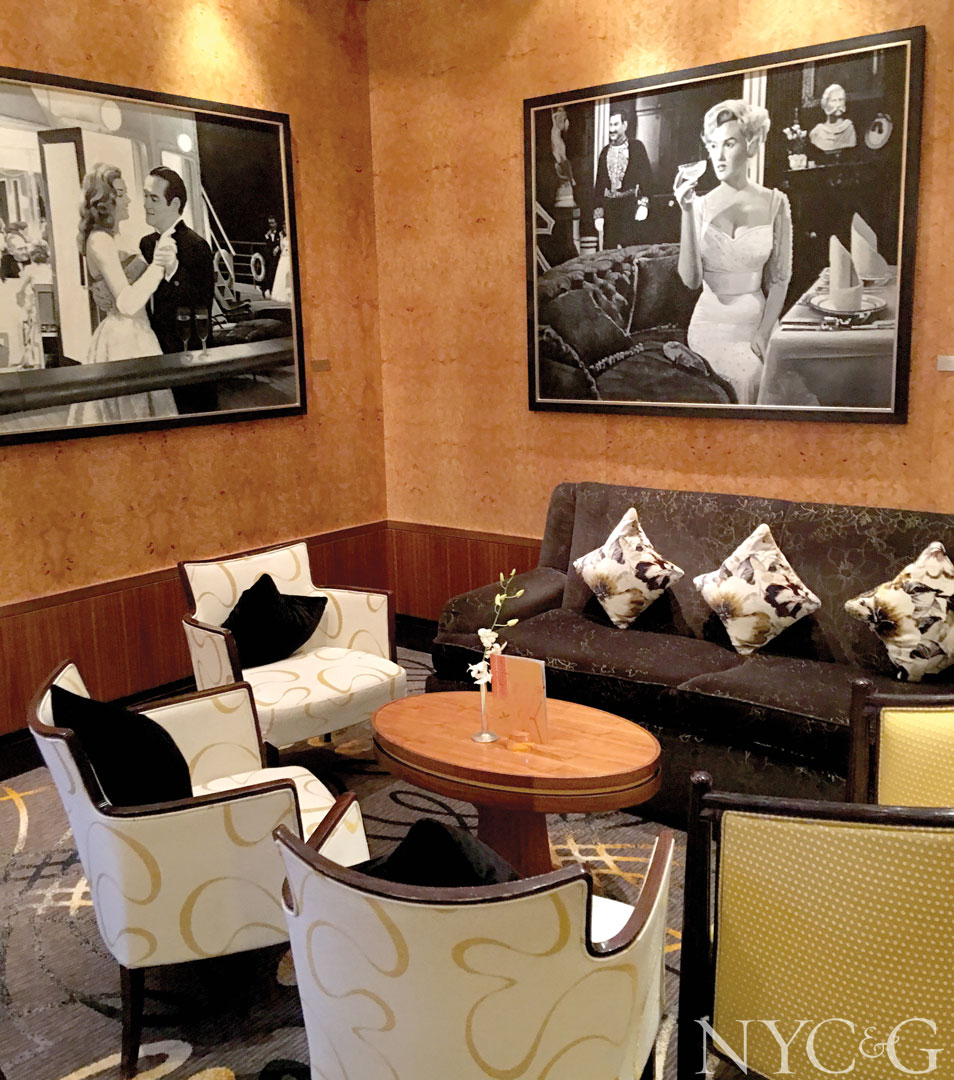 Dining is a very serious affair on the QM2, which offers several dining rooms to choose from based on your booking plan. And nothing could be more British than the almost religious partaking of daily afternoon tea. One day, while savoring scones, cream, and strawberry jam with Captain Christopher Wells—whose youthful warmth and charm belies his dozens of years at sea, 25 of them with Cunard—I asked why people would choose to sail across the ocean in the Jet Age. “The travel is the experience,” he said matter-of-factly. That the ship was full, with many of its passengers repeat customers, illustrated his point. 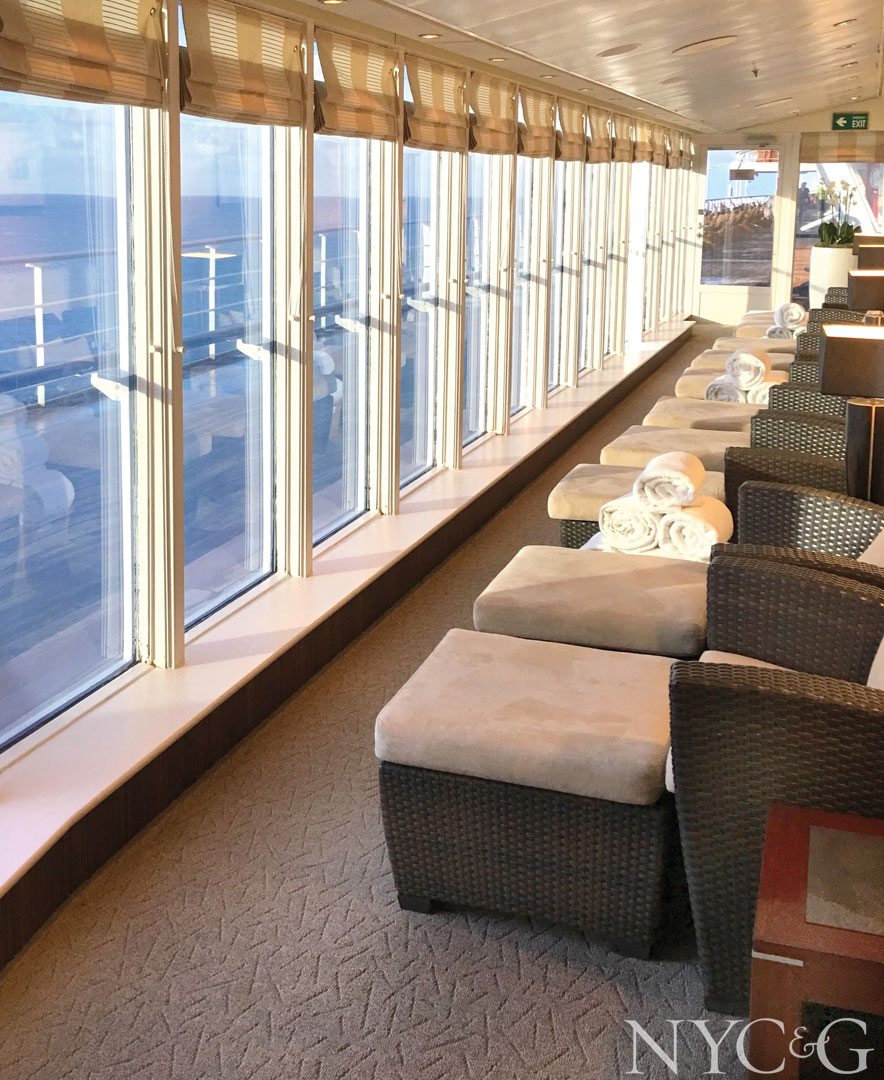 During my week at sea, my initial plans—spend the early mornings exercising at the Canyon Ranch SpaClub at Sea, followed by a jog around the deck—got tossed overboard, so to speak. The QM2’s imperceptible rocking afforded the best sleep ever, leaving me to wake up whenever, followed by activity-filled days. While the QM2 does not do themed crossings per se, this one had a definite Jazz Age feel to it, with entertainment including special presentations, trios, and jazz greats Gregory Porter and Dee Dee Bridgewater, as well as dancing every night (two evenings required black or white tie). There are several performing-arts theaters and compelling guest speakers, such as Dr. Robert Thirsk, an astronaut who described his experience on the International Space Station in the QM2’s virtual-reality planetarium. Additionally, the Cunard Insights series presented fascinating stories about the Carpathia, which rescued hundreds from the Titanic, and the mysterious sinking of the Lusitania. I even took classes to brush up on my iPad and Adobe skills.

Two days before arrival in England, I suddenly found myself in a panic: I was running out of time! Needless to say, I never settled into that deck chair and warm blanket, and my book remained unopened.

A version of this article appeared in the December/January 2017 issue of NYC&G (New York Cottages & Gardens) with the headline: The Crossing.