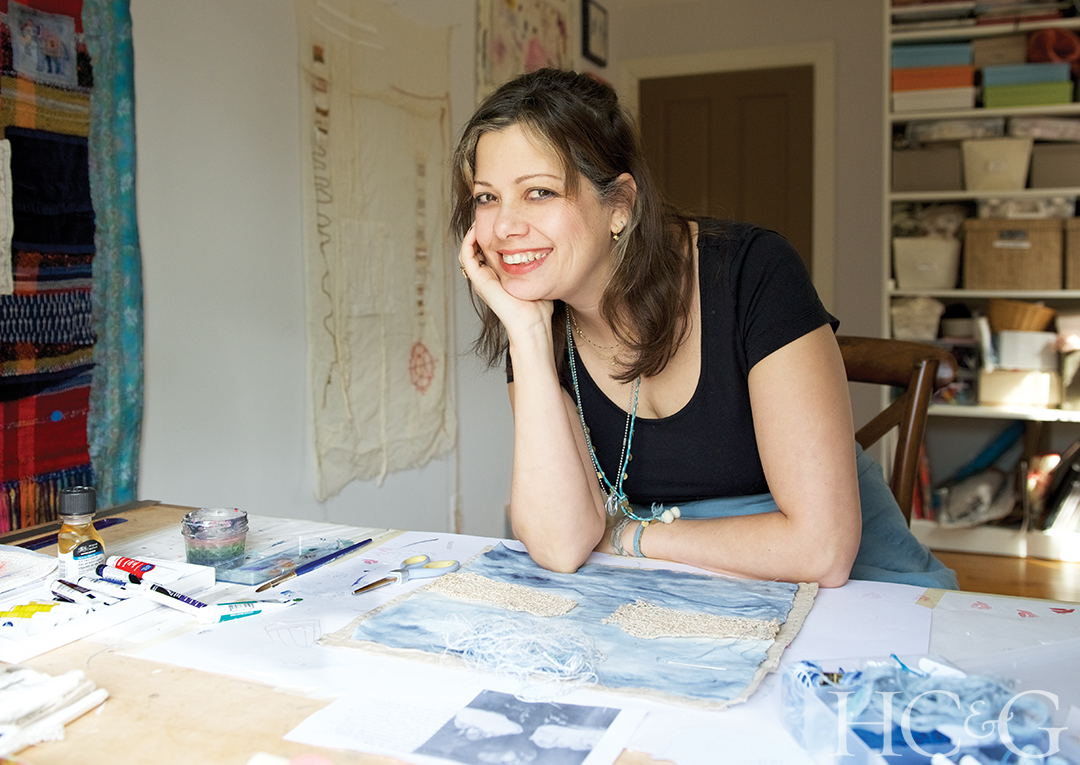 It’s not uncommon for Erica-Lynn Huberty to employ at least five different skills while creating her mixed-media artworks, deeply layered pieces that often comprise paint-ing, drawing, embroidery, crocheting, and sewing. “I’m determined,” she says, “to incorporate as many techniques as possible.”

But Huberty’s determination extends far beyond her craft. In 2005, a car crash left her unable to use her dominant hand—a devastating blow for the New York native, who has practiced needlepoint since childhood and worked as a professional painter for much of her adult life. “It took me nine months just to learn how to write my name again,” she recalls. 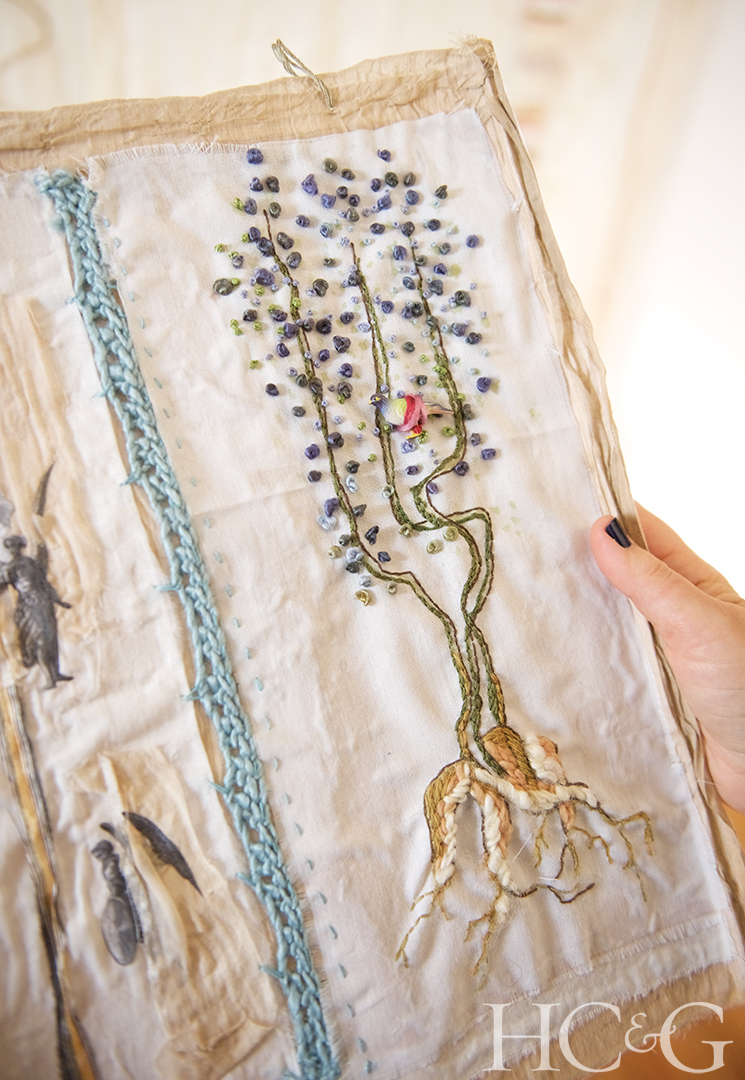 Still unable to hold a paintbrush three years after the accident, Huberty found herself becoming increasingly frustrated. “One day,” she says, “I started embroidering the outline of a bird onto a cotton sheet, using a thin needle and embroidery floss. I was thrilled to discover that I could support the weight of the needle. It opened up a new world of possibilities.” Huberty began experimenting with specially sourced ultralight paintbrushes and eventually moved on to producing artworks that integrate both painting and needlework. “I couldn’t create an entire painting because my hand would cramp up, but the needlework wasn’t painful, and combining multiple crafts was more manageable. Learning to use my hand in a different way has been a form of physical therapy for me.”

Working out of a studio in her North Haven home, Huberty typically starts with vintage textiles collected from friends (an antique linen napkin or an old handkerchief, for example) as well as fabric she weaves on her loom. To these base materials, she incorporates colorful embellishments, like needlework depictions of flora and fauna and her own paintings of animal illustrations from late-18th- and early-19th-century books. To add further visual interest and texture, she sews or glues on everything from bits of yarn and thread to cloth scraps and silk flower fragments. “I love playing with the idea of illusion, and making people question exactly how I made something,” she says. “For me, the process is as important as the finished product.”

A version of this article appeared in the June 2018 issue of HC&G (Hamptons Cottages & Gardens) with the headline: Material Girl.