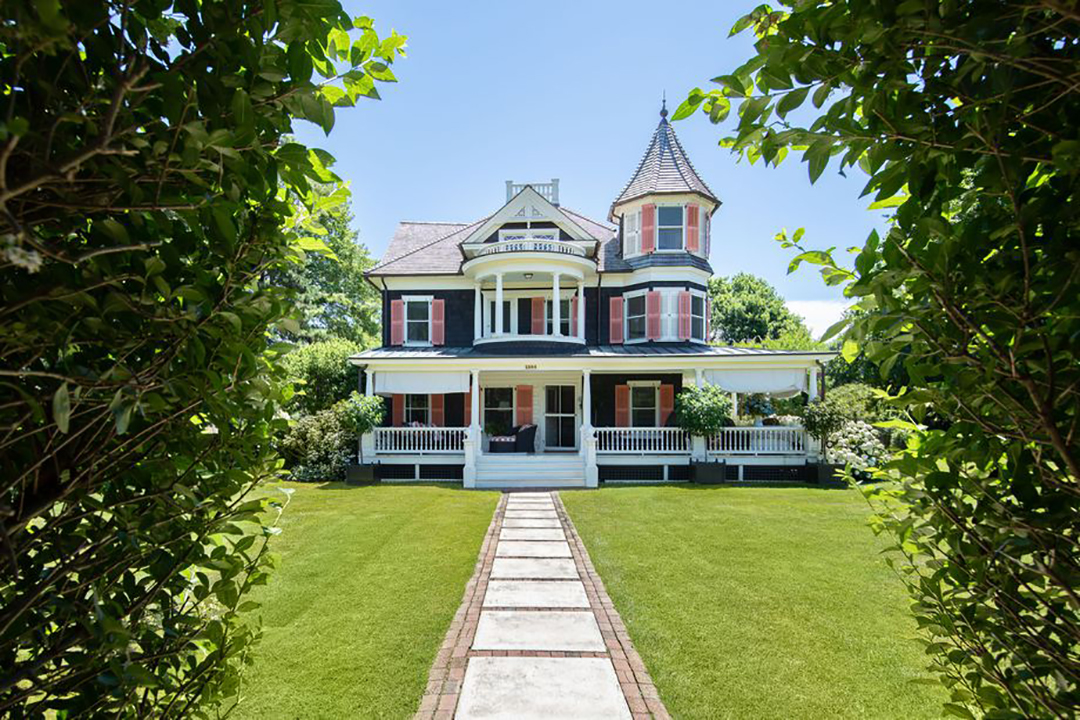 There is something brewing in Water Mill, and it’s casting its spell over the real estate market. Buyers seeking properties in the Hamptons should look no further than an elegant Victorian charmer, affectionately nicknamed the “Witch’s Hat,” listed at $2,295,000.  The house’s owner, celebrated interior designer and Hamptons IDAs judge Richard Keith Langham, is bidding farewell to his East End residence after spending, as he explains, “19 joyful years in the house.” Admittedly, Langham never imagined living in a Victorian-style house, but there was something enchanting about the property which prompted Langham and his family to purchase it after the first time they saw it.

Tucked away on Mill Pond Lane, the four-bedroom, four-bath house garners privacy behind walled hedges while remaining perfectly close by to the action of town. The main house, adjacent guest cottage, and glossy outdoor pool sit on nearly one acre of land, which one can gaze out upon from the L-shaped porch. The al fresco sitting area is one of Langham’s favorite details, claiming to live on the porch during the warmer months. 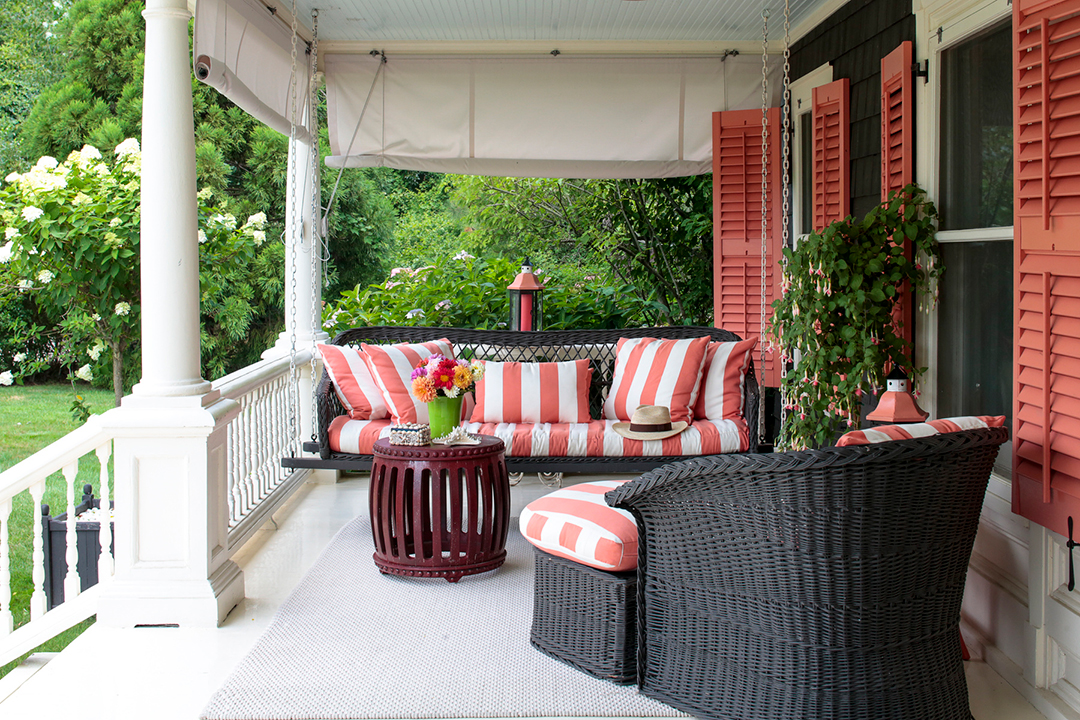 Built in 1884, the “Witch’s Hat” proved to be a massive undertaking due to necessary renovations. The aging state of the property didn’t deter Langham who explains, “I guess I’m an old soul, the old lady really spoke to me and it was rewarding to come to her rescue.” Langham took a soft approach during the renovations, allowing 134 years of life to continue to breathe through the structure’s walls. Keeping the original integrity of the house in mind, Langham updated the bathrooms, kitchen and transformed the garage into a living room ideal for basking in the sunshine. Three fireplaces were constructed in the place of their original counterparts which did not fare well during years of deterioration. While many revamps were made, there are elements that remain from the initial construction. Paneled doors, stunning stain glass windows and the sturdy Douglas fir plank floors are among the structure’s initial features. 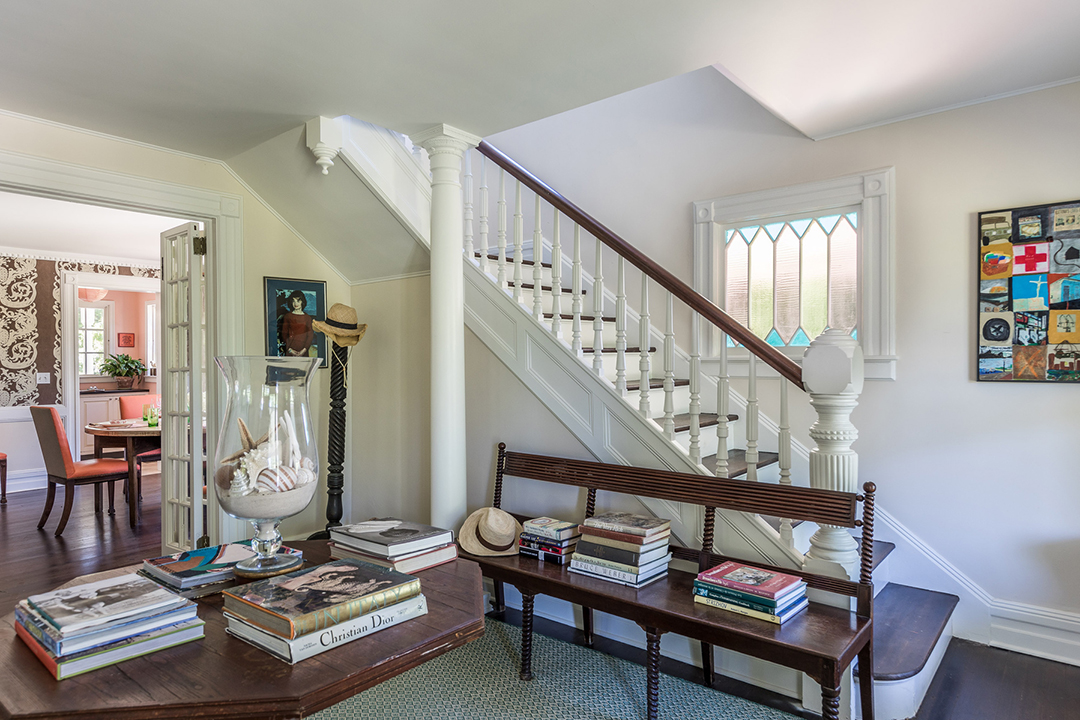 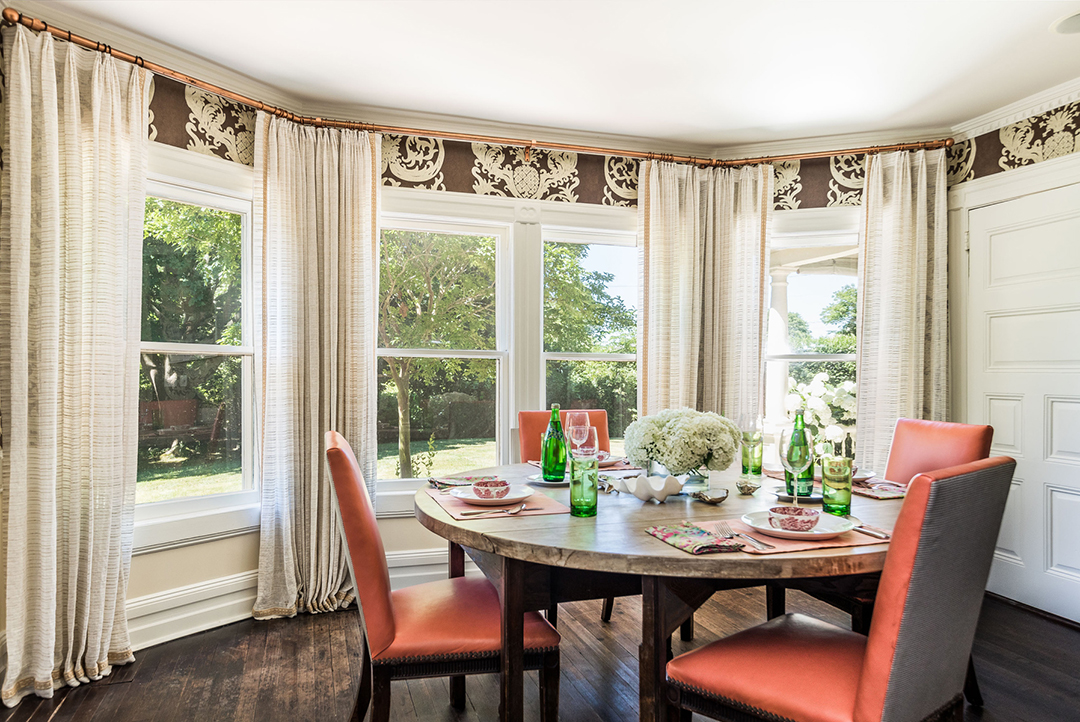 How does a renowned interior designer approach decorating their own home? For Langham, the process varies vastly from how he works with clients. “My client’s get the royal treatment,” he describes, “much more curated, filled with wonderful furniture and art.” The approach for his own home is much more relaxed. The theme of the house’s interiors relies on the property’s relaxed beauty rather than concentrating on trendy design elements. Sentimental pieces adorn the rooms to form a cozy, inviting space. The first level of the main house contains a sitting area which Langham outfitted with plush seafoam green couches to play off the deep berry colored walls. The bright sunlight streams through the kitchen, suitable for whipping up summertime specialties, and extends throughout the second floor. The airy master bedroom is one of four inside the 3,259-square-foot residence.

After spending nearly 20 years among its magical presence, Langham and his family are starting a new chapter, but he expressed his hope for potential buyers. “The house has a sweet and gentle spirt,” he said, “everyone who stays here falls under her spell.” Ginger Thoerner and Debby Koster of Compass have the classic yet cozy listing. 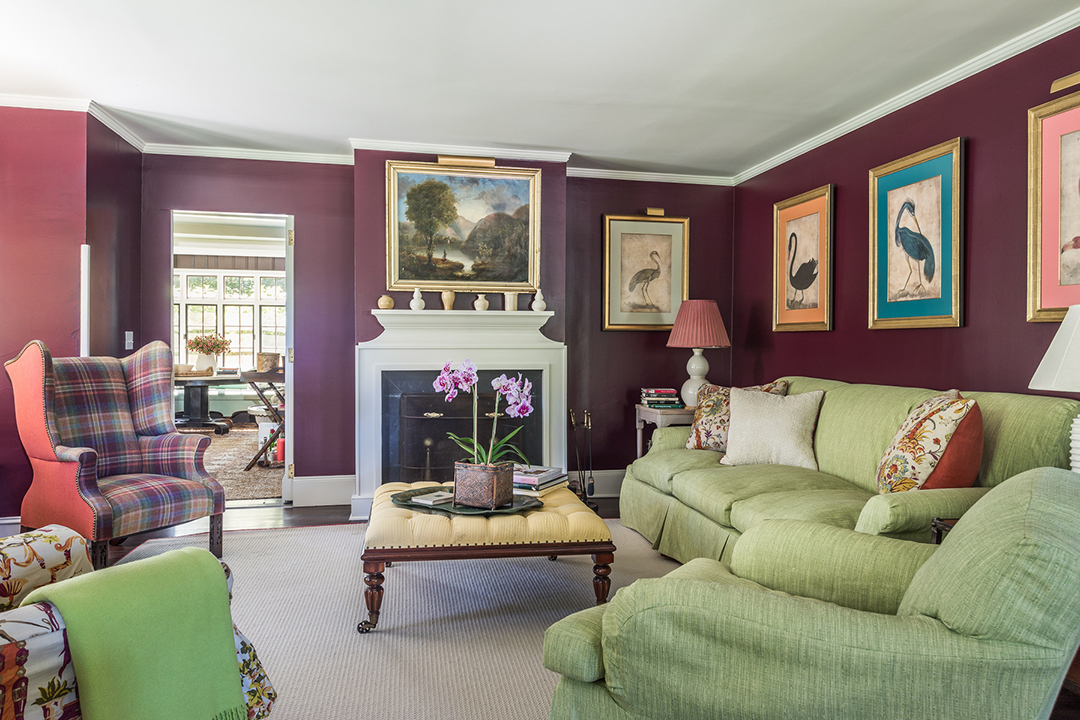 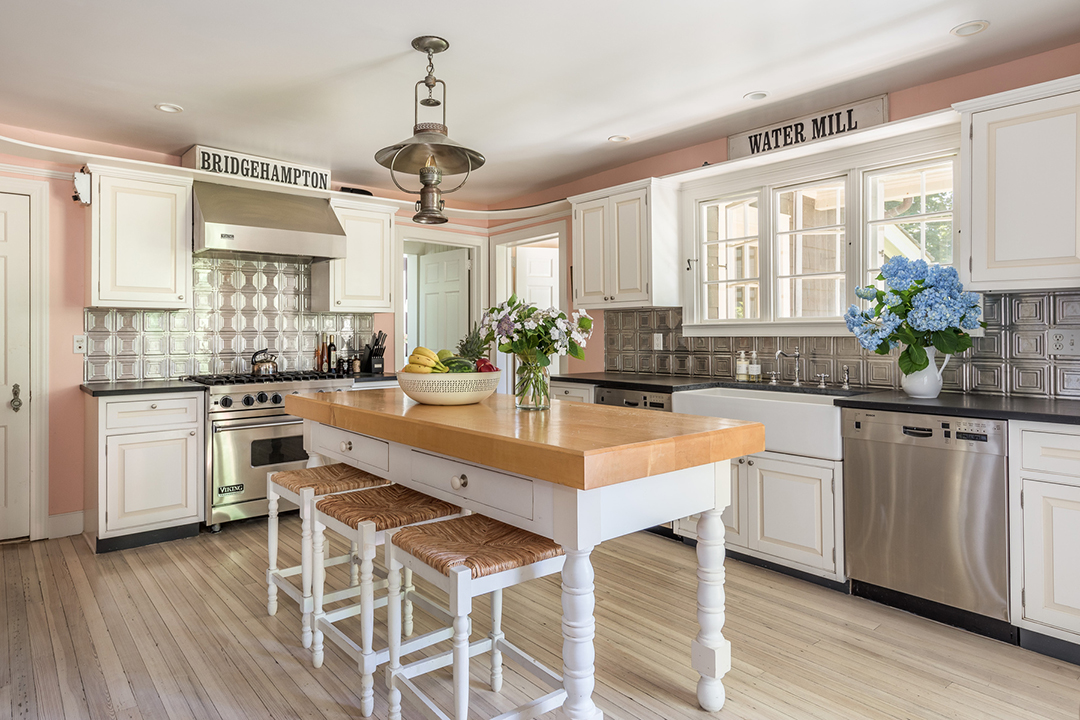 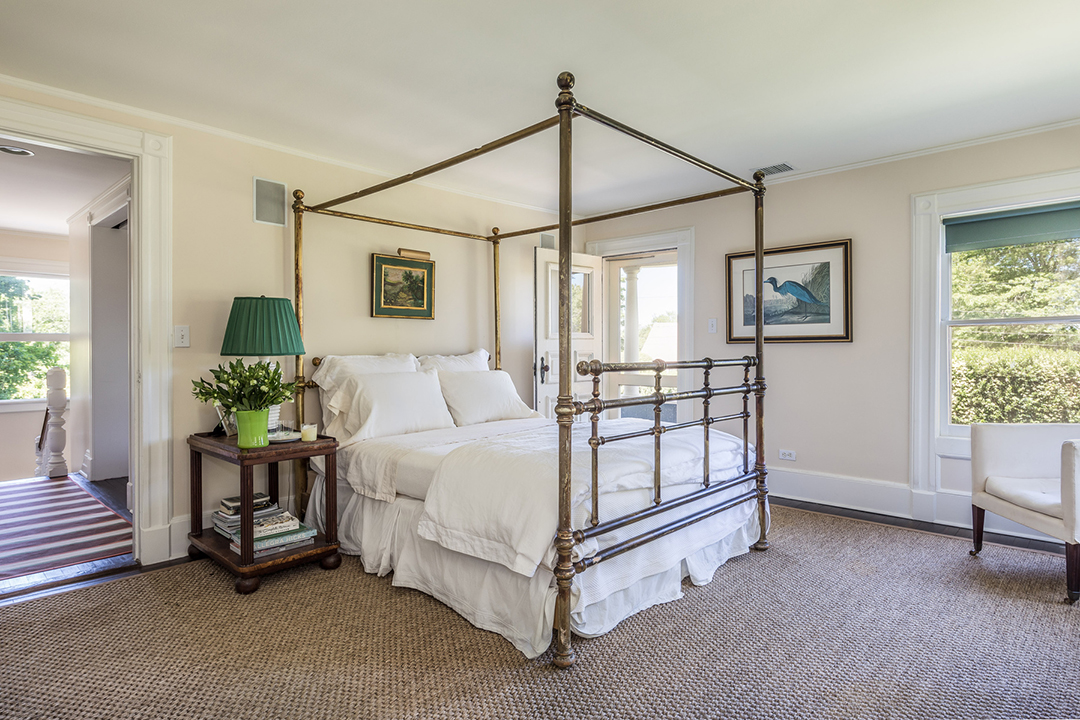 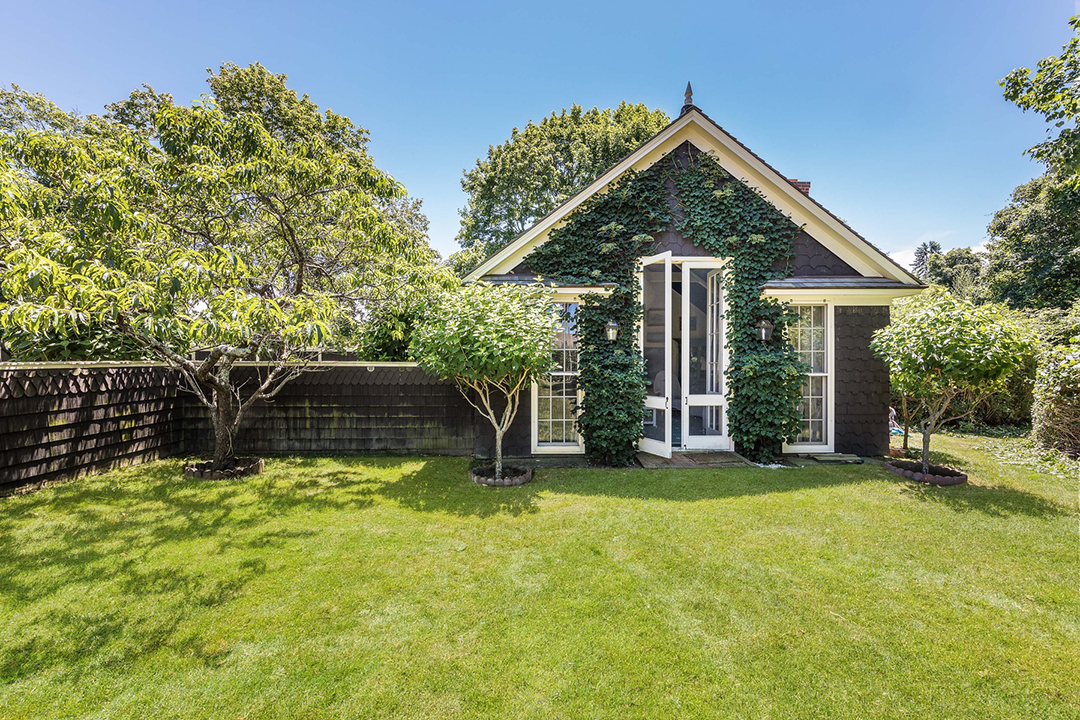 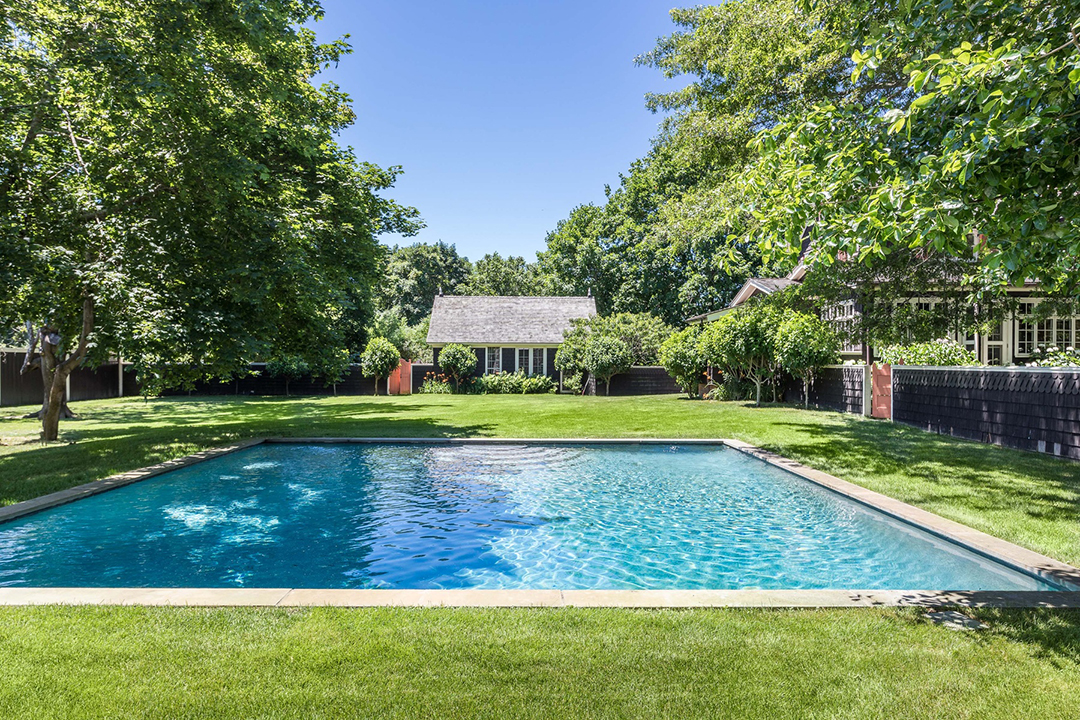