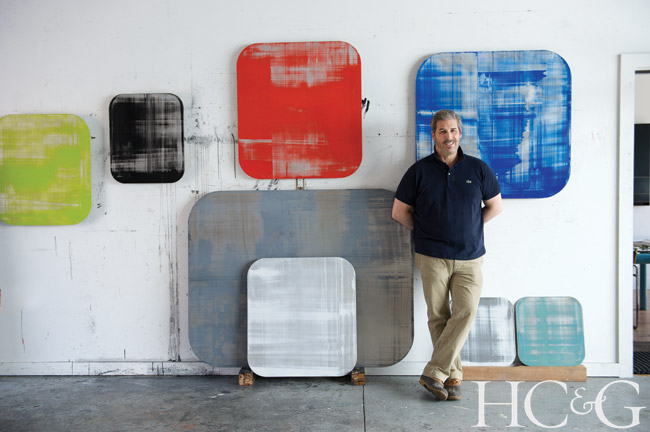 While he was growing up in the 1970s in Los Angeles, Gregory Johnston was a bit of a car freak. 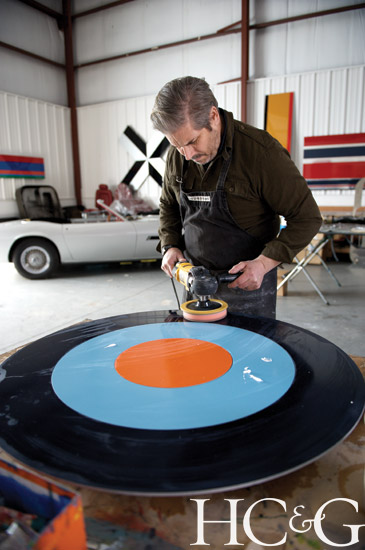 Which is not so surprising for an Angeleno, though there was something about hot rods that particularly fascinated him. Watching the races at Laguna Seca in Salinas with his father and grandfather, he was seduced by the speed, the roar of the engines, and the spectacle of it all. From the high-performance vehicles to the team uniforms of the drivers and pit crews, Johnston was mesmerized by car culture.

Later, as a 19-year-old student at the Art Center College of Design in Pasadena, Johnston took a job working for a prestigious Rolls-Royce and Bentley dealership, where he’d service, detail, and restore luxury autos by day and then spend his nights in school, studying illustration, painting, sculpture, and fashion and package design. “My whole day was mapped out, picking up and driving beautiful cars all around Los Angeles and then heading straight to school,” the artist recalls. “I’d get out of a Bentley or a Corniche and then arrive at the art center at night, exhausted. I was literally surrounded by art. That’s when it started to cement, the idea of ‘rolling art.’” 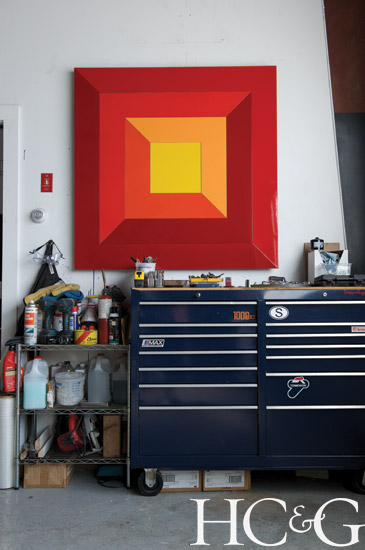 Johnston initially followed a conventional path, moving to New York and creating works on canvas laden with oil, which took on the feel of “dilapidated walls with broken-down text,” he says. But after many years, the “hard-core fan of minimalism” decided to experiment, while simultaneously getting into racing Ducati motorcycles and Porsches and restoring vehicles owned by fellow classic car enthusiasts. Always painting, trying to figure out a way to get his color-on-color abstract works to “harden” on canvas, he suddenly found himself challenging the “idea of art and cars being church and state, two different things. I had never wanted them to mesh. But at some point I thought, That’s ridiculous. What if I just smash it all together and make a big soup out of it?”

Today, as if to illustrate the point, a rare 1970 Maserati Ghibli, which Johnston is restoring for a client, sits smack in the middle of his studio in East Hampton, surrounded by dozens of pieces of Johnston’s work, contemporary minimalist designs that mimic the thick coats of candy colors one expects to see on a Porsche or Ferrari. “Cars are the impetus for this artwork,” he says. “They show me how to do hard-edged minimalism.” 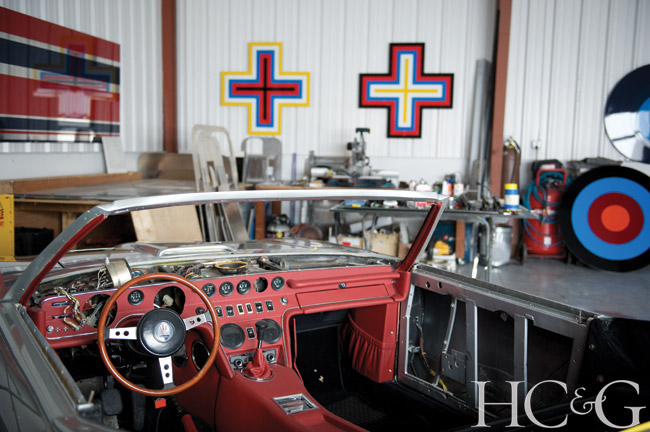 Johnston studies the way automobiles are designed in order to conceptualize each piece, which he then draws on CAD and sends to a metal cutter, who maps it out on a four-by-eight-foot sheet of thin aluminum, making a pattern. After the components are cut into precise geometric shapes, the artist arranges them in his studio, labeling each segment to color-coordinate it with specific pigments chosen from a catalog of automobile paint colors. Various local body shops, such as Fireplace Auto Collision in East Hampton, paint the pieces, which Johnston then assembles, sands, and polishes by hand, usually on a table that’s covered in suede, so as not to scratch or damage them. The last step: joining them with an industrial bonding agent, which he calls a “secret sauce that I won’t tell anybody about.” Just as with a beautiful car, some things are best left in the eye of the beholder. 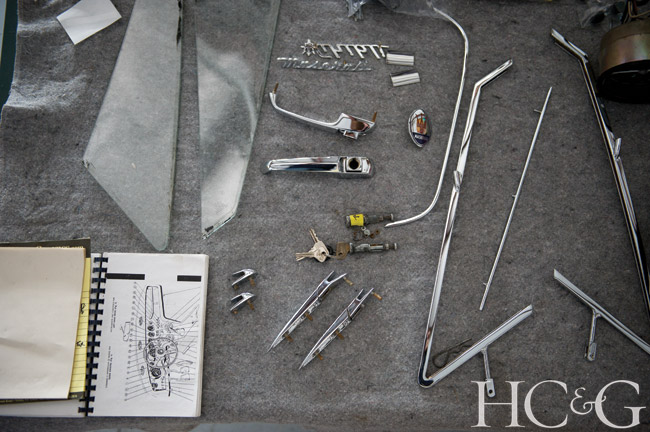 A version of this article appeared in the July 1 2015 issue of Hamptons Cottages & Gardens with the headline: High-Octane Art.