A historic hotel gets new life as three luxury-living condos 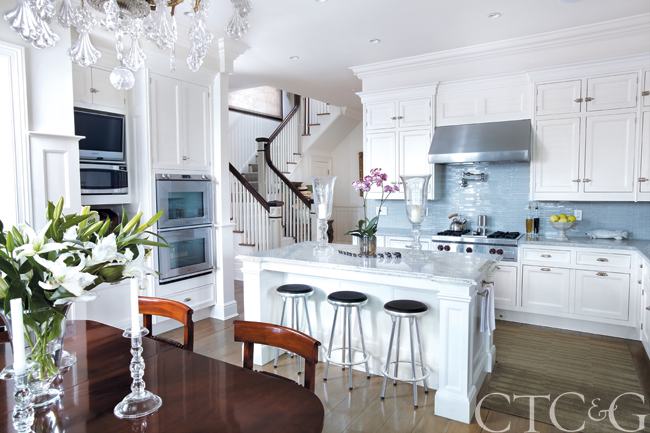 “Everybody thought I was crazy. But in my mind, that ensures it’s a really good project,” says builder and developer Andy Glazer of the Glazer Group about the landmark building that he transformed into private residences. Originally built in 1848 in the heart of Rowayton as a summer hotel, later used as a private residence and then again as a single room occupancy hotel, Winthrop House sat around for years before Glazer got his hands on it. No stranger to buildings with a history, a good bit of Glazer’s work involves those with a storied past. “There’s a beauty in taking an old structure and re-creating it so it has the feel of a historical building but is a contemporary way to live.” With Winthrop House, the challenge was making the structure as historically accurate as possible while remaining entirely clear that this is 21st-century living. 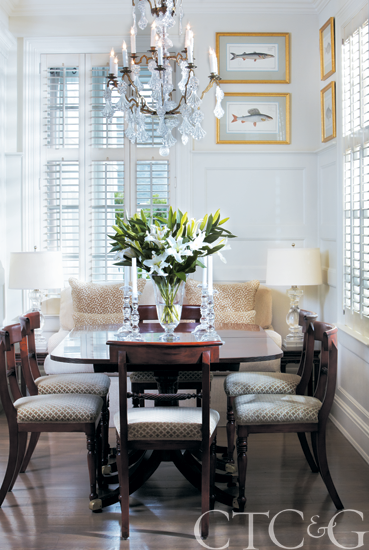 Easing the run-down building into modern times wasn’t easy. “The bones of the building were there, but there was very little salvage,” says Glazer. “The building had been bastardized, and it was much like an architectural dig.” Glazer tapped Bruce Beinfield as the architect for the building, and together they worked closely with the Norwalk Preservation Trust and the Rowayton Historical Society to work around the historic constraints and match the detailing of the original Italianate structure with wraparound porches as closely as possible. “It was such a mess of a structure, it needed major surgery,” says Beinfield. “We needed to rebuild it from scratch. But based on its historic nature, we had to work around some of the features.”

Glazer carved out three graciously sized apartments. “I could have fit five or six, but I am a little different from most developers: Less is more.” A good friend of Glazer’s was looking to downsize and relocate to Rowayton during the early phase of renovation. After much initial hesitation, she bought the front unit. “I had known the building as the local eyesore, but Andy showed us his ideas and has such a superb reputation that I decided to go for it.” She worked with both Glazer and Beinfield on the customization of the space. The interior features wide beam oak flooring, high ceilings, traditional and intricate millwork, and coffered ceilings. The homeowner wanted to celebrate the historic feel of the space while adapting it to suit her lifestyle and taste. She was referred by Beinfield to interior designer Havilande Whitcomb. “Havilande thought about every interior architectural detail and what could be changed and adjusted to suit our personal space,” says the homeowner. 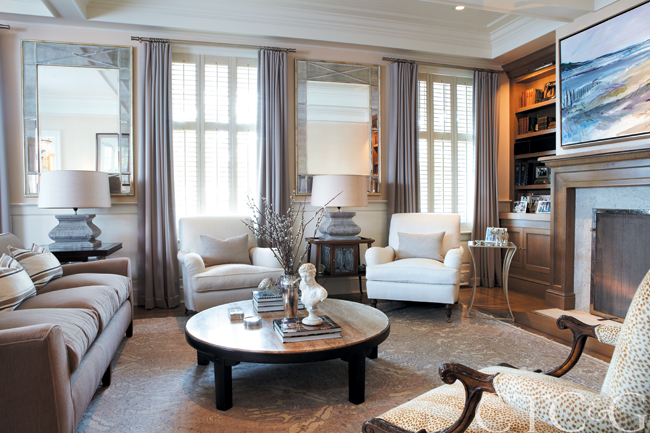 The custom touches did not end there. A sofa from the homeowner’s previous house was rebuilt with a sleeker, more modern profile. A custom white bronze fire screen from Holly Hunt made the gas fireplace more forgivable (the client prefers wood-burning), and above hangs an oil by Claudia Mengel that reflects the colors of seaside living. Muted tones and a mix of textures highlight the intricate millwork and custom touches while infusing a vibe of relaxed elegance. “It’s one of the grandest, most gracious living spaces I’ve ever seen,” says Glazer. The homeowner adds, “It’s a testament to the history of Rowayton and to its future. It’s a masterpiece.   We are thrilled to be a part of it.”

A version of this article appeared in the March 2014 issue of Connecticut Cottages & Gardens with the headline: Rowayton Renaissance.