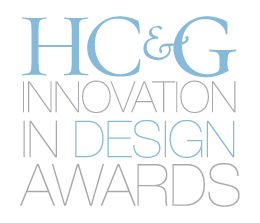 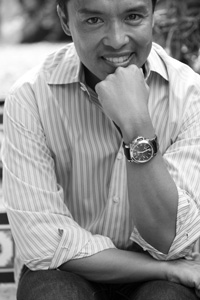 Mario Nievera, FASLA, founded his eponymous firm in 1996.  Mr. Nievera received his Bachelor of Landscape Architecture degree from Purdue University in 1987.  Mr. Nievera divides his time between Palm Beach, New York City, and East Hampton. Mr. Nievera has completed numerous projects throughout the United States, the Caribbean, the Island of the Bahamas, and is also working on project in Shanghai, China.  Mr. Nievera has frequently lectured about his firm’s work throughout the United States.  He is actively involved with the American Society of Landscape architects and donates firm’s design and consulting services for many non-profit organizations, as well as serving as a member of the board of directors for many non-profit organizations including, but not limited to, The Cultural Landscape Foundation (www.tclf.org) and The Horticultural Society of New York (www.thehort.org).  Mr. Nievera’s work has been recognized in many national and international design publications, and his firm has earned numerous awards and recognitions for their superlative and sensitive design work.  Mario Nievera and Keith Williams have completed many projects together since they joined forces in 1997.  In December 2011, the firm was proud to be renamed Nievera Williams Design and a book of their collective work, “Forever Green”, was published by Pointed Leaf Press in 2012 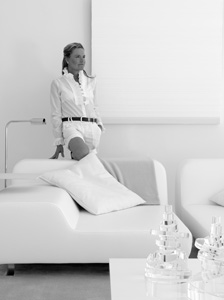 Jennifer Post is the award winning principal and visionary of her firm – Jennifer Post Design, Inc. She has been creating elegantly modern, contemporary homes with a flair of sophistication and richness not matched by others. Post has been called “The White Tornado” by Architectural Digest for her clean, minimal and polished (mostly white) spaces. She is the originator of the firm’s calling card of simple, elegant, minimalist design with a particular mastery for creating white spaces that are always functional, ethereal and warm.
Jennifer is sought after by an A-list clientele to create her signature brand of luxurious, well edited and contemporary living spaces that are timeless and classic. Her work has kept her on Architectural Digest’s AD100 list of the best architects and designers in the world for the past 13 consecutive years 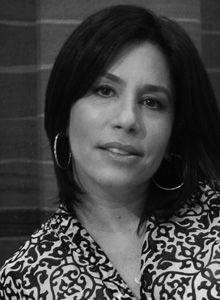 Designer Madeline Weinrib has shaped a sophisticated signature style that is at once timeless and modern. She brings a layered and luxurious sensibility to the world of contemporary design with her collections of heirloom quality carpets and artfully conceived textiles, accessories and home accents. Through her Atelier and Showrooms in New York and San Francisco, Madeline Weinrib is devoted to helping her clients create beautifully appointed, bespoke spaces that reflect their distinct personality and singular point of view. Madeline’s entry into the world of design was, in many respects, organic.  An established painter, she exhibited regularly throughout the 1990s and taught drawing at CUNY before designing her first carpet collection for ABC Carpet & Home in 1997. Inspired by the challenge of translating painterly ideals to warp and weft, Madeline sensed an opportunity to carve out a new niche and to redefine what was at the time a conservative, ancient idiom. With her individual approach to pattern, palette and scale, her unorthodox, ultra-chic reinterpretations bring an unprecedented vitality to a centuries-old art form. Embracing authenticity as one of her hallmark values, Madeline’s aesthetic is defined by her use of techniques that favor hand over machine and tradition over automation. Rigorous and process-oriented, her design approach is one of open-ended experimentation, reframing and refinement. She continually works with artisans around the world, seeking out fresh and creative perspectives. With a discerning, well-traveled eye she is committed to sourcing superior materials and transforming them in stylistically unexpected ways.
Madeline continues to explore new possibilities for design through a diverse portfolio of creative relationships and concept-driven projects. Her partnerships range from the Neue Galerie and the Brooklyn Academy of Music to collaborative collections with Manolo Blahnik, designer Soledad Twombly, and luxury retailer Barneys New York. With an installation of hand screen-printed wallpaper at The N`ew York Print Fair and curated exhibitions of her work at the Alberto Levi Gallery in Milan, Sebastian + Barquet in New York and Ralph Pucci International, her practice actively challenges the boundaries of art and design and defies ready distinction between the two spheres. Madeline also maintains philanthropic aims and supports artisans in the communities in which she produces her work. She is a patron of Project Mala, a non-profit organization committed to building schools in the carpet weaving regions of India. Madeline works and resides in New York City. 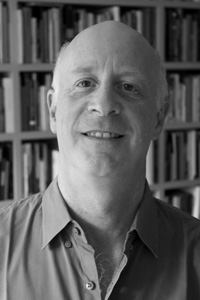 Paul Goldberger, who The Huffington Post has called “the leading figure in architecture criticism,” is now a Contributing Editor at Vanity Fair. From 1997 through 2011 he served as the Architecture Critic for The New Yorker, where he wrote the magazine’s celebrated “Sky Line” column. He also holds the Joseph Urban Chair in Design and Architecture at The New School in New York City. He was formerly Dean of the Parsons School of Design, a division of The New School. His full length biography of the architect Frank Gehry, entitled Building Art: The Life and Work of Frank Gehry, will be published by Alfred A. Knopf in September, 2015. He began his career at The New York Times, where in 1984 his architecture criticism was awarded the Pulitzer Prize for Distinguished Criticism, the highest award in journalism. In 2012 he received the Vincent Scully Prize from the National Building Museum in recognition of the influence his writing has had on the public’s understanding of architecture. In addition to the upcoming Gehry biography he is the author of Why Architecture Matters, published by Yale University Press; Building Up and Tearing Down, a collection of his articles from The New Yorker; and Christo and Jeanne-Claude, published by Taschen, among other books. He lectures widely around the country on architecture, design, historic preservation and cities. He is a graduate of Yale University, and is a trustee of Kenyon College in Gambier, Ohio and the Forum for Urban Design. He is a Trustee Emeritus of the National Trust for Historic Preservation in Washington, D.C., and serves as chairman of the Advisory Council for The Glass House, a historic property of the National Trust. He resides in New York City 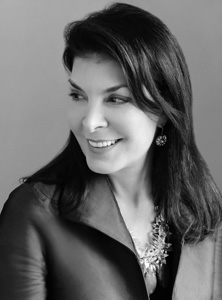 Kim Seybert’s intricate and elegant designs are the equivalent of couture for the home and jewelry for the table.  Over the last fifteen years, Kim Seybert has transformed residences all over the world putting her signature embellished touch on everything from statement-making runners and placemats to over-the-top embroidered napkins and beaded napkin rings as well as pillows and bath collections.  As an authority of luxury lifestyle home decor, she strives to offer beautiful pieces that her customers can mix and match using their own personal creativity.  Kim loves to see how others interpret and layer her pieces and is proud to know that her designs are part of treasured milestone moments and of casual everyday living. Born in a small town of Illinois, Kim knew at a young age, that she wanted to do something in the glamorous world of fashion and design. After finishing her studies at the University of Illinois, Kim continued to take design classes in New York City, where she always aspired to be.  Working at high end dress companies, Kim’s career specialty and focus became sourcing and working alongside factories and artisans trained in the intricate, couture-level techniques of hand-beading and embroidery. After a decade in fashion, Kim was ready for a change and a decision to take time to redecorate her New York apartment during this transition led her to discover the lack of colorful, creative, fashion-inspired tableware in the market.  Shortly thereafter, she launched her namesake company in 1998, instantly bringing a fresh perspective into the home accessories arena and elevating the art of tabletop to a new level.  Today, Kim’s love of travels continues to infuse her work by drawing on her interest in the architectural elements, hues, and landscapes of the many countries she visits.  Sea life, wildlife, birds, foliage, fashion, and the salient design elements of past eras (Art Deco, Art Nouveau, Asian, Greek Revival, Mid-Century Modern) have all contributed to the inspirations for Kim’s collections which have grown to include hand-blown glassware, decorative accessories, pillows, melamine dinnerware and a recently launched line of China. Kim has found global success in creating a new fashion-centric niche in the tableware industry.   She has mastered the art layering multiple elements and styles to set an unparalleled table and frequently entertains using her own collections in both her New York City and East Hampton homes.  Her seasonal collections are shown at high-end department stores Neiman Marcus, Bergdorf Goodman, Barney's New York and specialty boutiques nationwide.  Kim Seybert collections have graced the covers and pages of the industry’s leading magazines within Shelter, Fashion and Luxury industries including Architectural Digest, Bon Appetit, Brides, Elle Décor, Food & Wine, InStyle and Vogue.