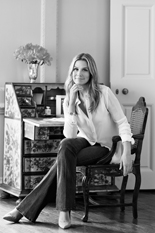 Aerin Lauder is the creative force and founder of AERIN, a celebrated luxury lifestyle brand that launched in the fall of 2012. A graduate of the University of Pennsylvania’s Annenberg School of Communications, Lauder began her career at Estée Lauder in 1992. She held various executive roles, including Senior Vice President and Creative Director, throughout her time there. In addition to her work at AERIN, Lauder currently maintains her role as Estée Lauder’s Style and Image Director. Inspired by Lauder’s signature, effortless style, AERIN reflects its founder’s personal ease and sophistication. In a short time, AERIN has emerged as a distinct voice in the world of beauty, fashion and home décor. 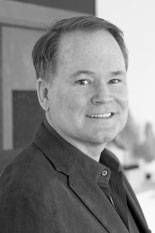 A returning IDA judge, Matthew Patrick Smyth’s firm specializes primarily in residential interior design from Connecticut to New York City, Paris and London, giving careful consideration to blend classic style with comfort. Smyth’s aesthetic illustrates a consistent focus on fine detailing and suitability, within a range of styles. Matthew Patrick Smyth Inc. utilizes high quality craftspeople to provide a finished product that reflects the client’s needs and interest. The firm’s goal is to maintain a long-term relationship with clients. Many of the firm’s clients are on their second, third and fourth projects with Matthew Patrick Smyth Inc. Smyth has branched out into product design with a carpet collection, a line of fabrics, a line of his wall covering designs and a bed collection. 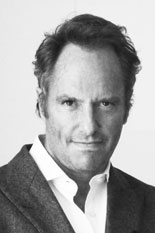 Lee F. Mindel, FAIA received his Master of Architecture from Harvard University after obtaining his B.A., Cum Laude with distinction from the University of Pennsylvania. Shelton, Mindel & Associates has been inducted into the Fellowship of the American Institute of Architects and the Interior Design Hall of Fame, received over 30 AIA Awards, 25 SARA awards and the recipient of the prestigious 2011 Cooper Hewitt National Design Award. Lee F. Mindel, FAIA created and curated two Phillips Auctions, Catalogues and Exhibitions featuring "Important Nordic Design" & 20th century architecture with "The Architect". In addition to Architecture, Interiors and Planning services, the firm has designed a wide range of products for Knoll, V'Soske, and Waterworks. Shelton, Mindel & Associates: Architecture and Design first monograph, comprising a diverse range of high-profile architecture and interior design projects was released by Rizzoli in spring of 2013. Mr. Mindel is a special Projects editor for Architectural Digest as well as the creator, writer and photographer of a weekly column, The Architect’s Eye. 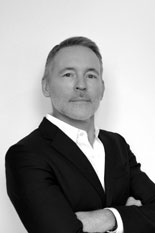 Born in a small town along the craggy shores of Nova Scotia and raised in the metropolitan area of New York, Russell Groves’ exposure to both rugged landscape and city skyline alike firmly established his singular design vision: a reverence for nature and materiality balanced by a highly sophisticated sensibility.

Russell received his Architecture degree from the Rhode Island School of Design. There, his education encompassed a rigorous and broad range of illustrative subjects, including: fashion design, filmmaking, cultural history and classical literature. This multi-faceted education provided the foundation for a keen insight into a wide array of design disciplines and honed his remarkable ability to synthesize a multitude of creative methods.

Dedicated to his profession, Russell’s began his career at Richard Meier Architects, followed by tenure at Kohn Pederson Fox. Soon after, he joined Peter Marino Architects, where he created and managed commissions for an array of important clients, including: Giorgio Armani, Donna Karan and Barneys New York.

His eponymous firm, S. Russell Groves, was launched with the incredible success of his first project, the Tea Box at Takashimaya. This innovative design led to a prestigious American Institute of Architects award, among many others. His passion for design and sophistication has led him to become the “Designer's Designer”–-important style makers such as Michael Kors, Derek Lam and Frederic Fekkai have sought him out to create not just their public spaces, but their private as well. 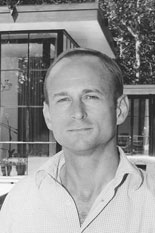 Michael Haverland heads an office based in New York City and East Hampton. He also served on the faculty of the Yale School of Architecture for ten years.  The work is known for its sophisticated, rigorous, and timeless design, attention to detail, analytic process, and skill with project administration.

Projects have been recognized for design through awards from the New York and Connecticut chapters of the American Institute of Architects, the Congress for the New Urbanism, Brick Industry Association, and the Association of Collegiate Schools of Architecture and have been included on tours by the Museum of Modern Art and local historical societies. 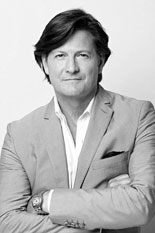 Ron Wendt cultivated his innate love of nature through floral/garden and landscape design early on. he studied archaeology and anthropology at the University of Texas, and followed up this experience with a seminar in garden design at England’s Oxford University.  With his keen eye for elegant, classic, and contemporary design, He saw event design as a perfect vehicle to combine his love of flowers, with their color and texture along with entertaining and table design, resulting in Ron Wendt Design, Ltd, a full service event design company, catering to luxury brands such as LVMH, Chanel and Cartier as well as private clients and charity galas.

Receiving his master's degree from Columbia University in landscape design in 2011, Wendt further blurs the line between indoors and outdoors in his work as an event and garden designer. He draws inspiration from  works as broadly based as that of the 17th century Frenchman,  Andre Le Notre to the modern day sensibilities of Belgian,  garden designer jacques Wirtz .

Along with his thriving event and garden design businesses, Wendt has been invited to join the board of The Fund for Park Avenue, a corporation that funds the care and insures the future of the park avenue malls including its plantings, tree lighting and public sculpture programs.