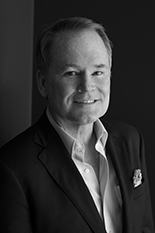 A returning IDA judge, Matthew Patrick Smyth’s firm specializes primarily in residential interior design from Connecticut to New York City and Paris and London, giving careful consideration to blend classic style with comfort. Smyth’s aesthetic illustrates a consistent focus on fine detailing and suitability, within a range of styles. Matthew Patrick Smyth Inc. utilizes high quality craftspeople to provide a finished product that reflects the client’s needs and interest. The firm’s goal is to maintain a long-term relationship with clients. Many of the firm’s clients are on their second, third and fourth projects with Matthew Patrick Smyth Inc. Smyth has branched out into product design with a carpet collection, a line of fabrics, a line of his wall covering designs and a bed collection. 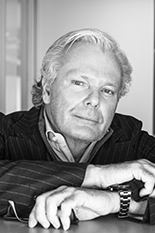 Roger Ferris is the founding principal of Roger Ferris + Partners, located in Westport, Connecticut, and is responsible for directing the design and master planning work of the firm. Under his leadership, the firm has received more than 75 regional and national awards (recently from AIA New England, AIA Connecticut, the Chicago Athenaeum, and Architizer). The firm has numerous projects in design and construction, with recent works showcased in the 2016 monograph entitled Inventive Minimalism published by Monacelli Press.

The firm is committed to providing noteworthy architecture that responds to its environment while engaging the process of design exploration via a modernist language. A multitude of project scales allows for investigations in details and construction methods unparalleled by most practices. This approach to practice has produced an uncommon typological diversity among the firm’s built and currently commissioned works. 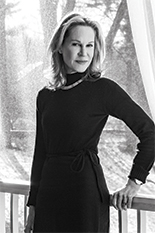 Alison Spear, AIA, has had offices both in Miami and New York City, she lives between New York City and the Hudson River Valley with her family. She holds a Bachelor of Architecture degree from Cornell University and a Master of Science in Architecture and Urban Design from Columbia University. Ms. Spear is a licensed architect in New York, New Jersey, Connecticut and Florida and is a member of the American Institute of Architects (AIA), the New York Architectural League, the National Council of Registration Boards. Alison Spear, AIA received two American Institute of Architects Awards of Excellence and was selected as Interior Design Firm of the year. In 2004 Ms. Spear was included as one of the top 125 Interior Designers of the year by House Beautiful Magazine. In 2009, Ms. Spear achieved her LEED AP certification.

Furniture and lighting design has always been part of Ms. Spear’s portfolio with products  produced for Coalesse, Odegard and an exclusive “Spearlines”  project for Aqua Island on Miami Beach. 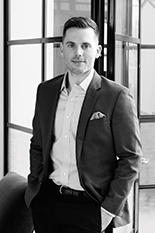 Caleb Anderson, co-founder of the innovative, multi-disciplinary interior design partnership Drake / Anderson, brings a polished sensibility and unique design vision to the New York City based firm. Anderson’s effortless skill with which he pairs custom creations with furnishings of seemingly disparate styles and periods consistently results in rooms that are witty, elegant, and unexpected.

Anderson honed his craft during his years as a protégé of acclaimed designer Jamie Drake—his co-founder at Drake / Anderson and then continued to develop under the tutelage of modernist architect David Mann. Striking out on his own in 2013, Anderson amassed an impressive string of awards and honors such as: “Next Wave” designer (House Beautiful), one of “Six Faces to Watch” (Lonny), “Rising Star” (New York Cottages & Gardens), and “Rising Star of Interior Design” (International Furnishings & Design Association). Anderson continues to be featured in home and lifestyle magazines including Traditional Home, Luxe, Domino, Departures, Architectural Digest, Elle Décor and other publications. In 2017, Drake / Anderson was included among the top designers and architects in Architectural Digest’s AD100 list.

Drake / Anderson projects include sophisticated, polished interiors in residential towers from New York to Shanghai, as well as sprawling Hamptons estates, cutting-edge medi­cal facilities, and non-profit foundation headquarters. Together, Drake and Anderson bring a wealth of practical experience and professional­ism in project management, custom furniture design and other complementary areas to their already accomplished senses of style, ensuring that every aspect of each undertak­ing runs seamlessly. The end result: interiors that are glamor­ous yet grounded, sophisticated yet livable, modern yet timeless and, above all, luxuri­ous. 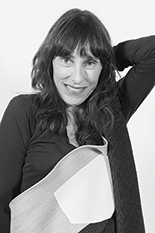 Known for its distinctively clean and modern design, Judy Ross Textiles is a NY based design studio. Ms. Ross creates singular products in which color, detail, materials and texture all come together in unique home textiles. With products ranging from pillows, rugs, throws, and curtains, to upholstery and bedcovers, Judy Ross Textiles has developed a particular signature style that inspires. Her work can be seen can be seen in luxury hotels, buzzworthy restaurants, and homes around the globe. Clients include the Ritz Carlton, Four Seasons, Grand Hyatt, W Hotels, and Barneys New York. She recently collaborated with Garnet Hill on a extensive home collection which is carried on their website, and at their flagship store in Bridgehampton.