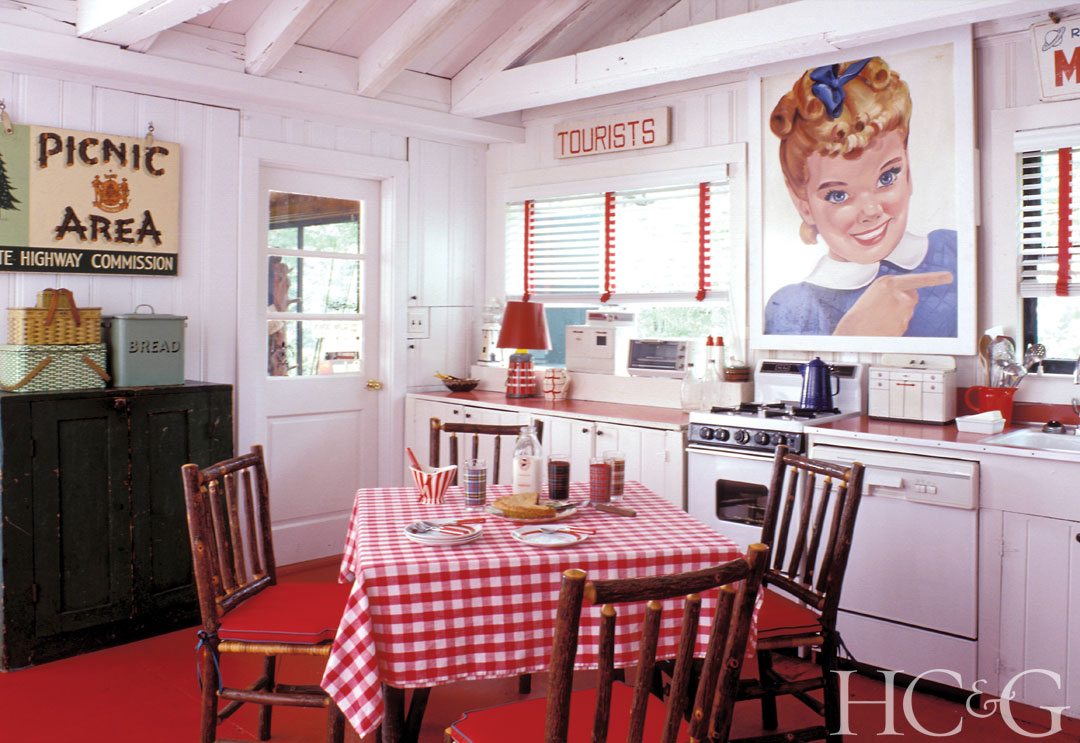 In my early 20s, I had a summer share in the Hamptons, which was an eye-opening experience. For someone from suburban New Jersey, going to the Hamptons was much different from going to the Jersey shore. When I was 26, I bought a client’s 1950s fishing cottage on the water in Flanders. At the time, there were a ton of farms, beaches that you didn’t need a pass for, and no traffic bound for East Hampton. And you didn’t need to make a dinner reservation a month in advance. Flanders hasn’t ever really changed, though. It’s the part of Southampton that’s not so glamorous, but it’s gorgeous from the water. Much of it is undeveloped, with nature preserves, so it has a wild feel to it. I spend most of my time there; in Quogue, which retains a small-town vibe that much of the Hamptons now lacks; and in Westhampton, where I have a shop. Westhampton Beach is community oriented and not like other parts of the Hamptons. In the 1970s, it was ground zero for cool, but people seem to have forgotten about that. It’s lovely.

When I was 28, my cottage was featured on the cover of Architectural Digest. That paved the way for my career, especially on the East End. I was an art history major at Fordham, and I’m really inspired by the interaction of color in paintings, whether it’s Pop art, Matisse, or Frank Stella. My style isn’t for everyone, but I can accept that at this point in my life. I’ve learned to stick to my vision, not follow trends, and not to work for celebrities—paying bills usually isn’t a priority for them!

About three years ago, I moved to another place in Flanders. It’s an unusual house from the late 1970s, one of those classic Hamptons boxes with lots of weird windows—very modern for its time. I tried the minimalist thing during the first year I was there, but that furniture just wasn’t suited for my personality. Layer upon layer feels more comfortable to me.

My former partner, Bill Diamond, and I did our first project out East together in 1981. It was a charming little house in Water Mill that belonged to friends of Bill’s. It was important for me to have a person I could bounce ideas off and who had my back, and now that Bill is gone, I miss that. We were lucky to have a lot of publicity early on because the decorating world was much more contained then—there were probably fewer than 20 New York designers whose careers people followed. And we lost a lot of talent to AIDS, which had a big impact on the industry, as well as on my own career. But my life’s pleasure has always been to create beautiful homes for people and their families, and it’s a joy to see that some of the projects are still gorgeous years later. I walk in the door and can’t help but smile. Sometimes I even think, Wow, I did that?

A version of this article appeared in the July 15, 2016 issue of HC&G (Hamptons Cottages & Gardens) with the headline: My Hamptons: Anthony Baratta.