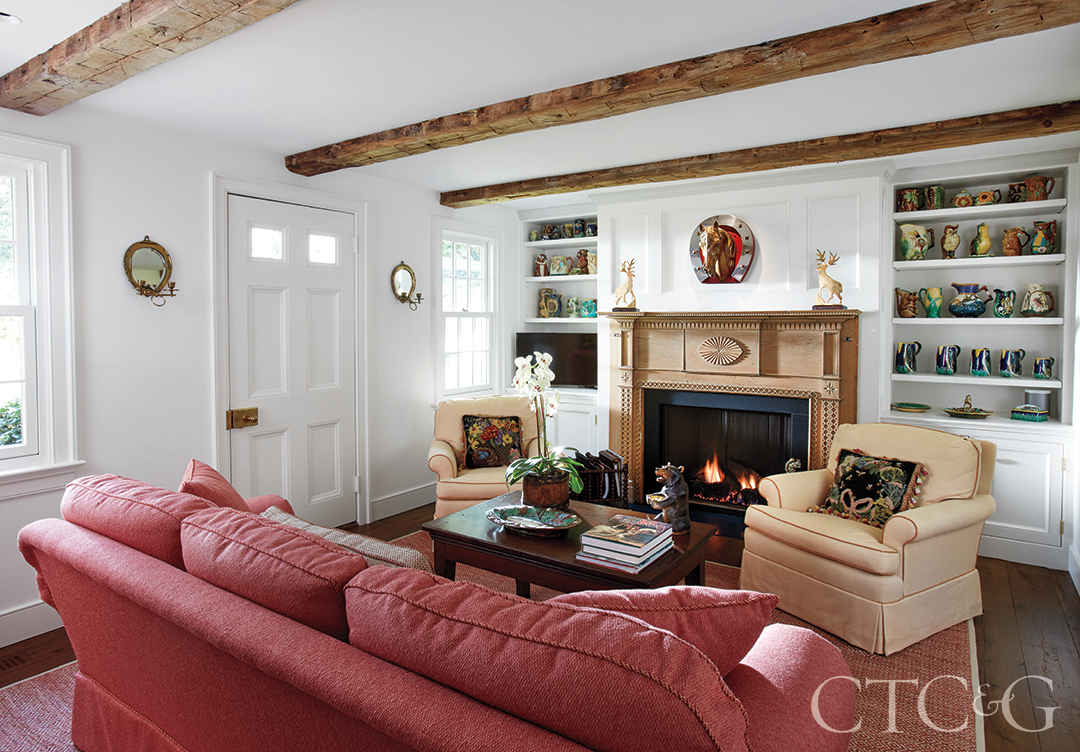 Home building and design captured the imagination of very young Matt Matthews. “As a 10-year-old, I explored new houses with my mother trying to figure out the layout as we walked through the studs,” notes Matthews, founder of Significant Homes LLC, which he owns with his son, Whit. “After graduate school at Columbia, I took a job in an unrelated field, but had a second job working for a builder prepping two condo projects for eventual sale. Soon I was working full time for the builder, and it wasn’t long before I was on my own building new homes. It’s now been almost 50 years.”

Matthews’ New Canaan property reveals a 1798 main house and a-turn-of-the-century carriage house. When the concept arose of creating a family compound out of the two structures, it didn’t take any convincing to get everyone on board.

“In talking to our son and daughter-in-law and their three children, we came up with a great idea,” he explains. “We’d redo the carriage house for my wife and me, and they’d move into the main house with the adjacent pool— which was the selling point for the grandkids. If we consolidated, we knew we could create something special with mutual benefits.” 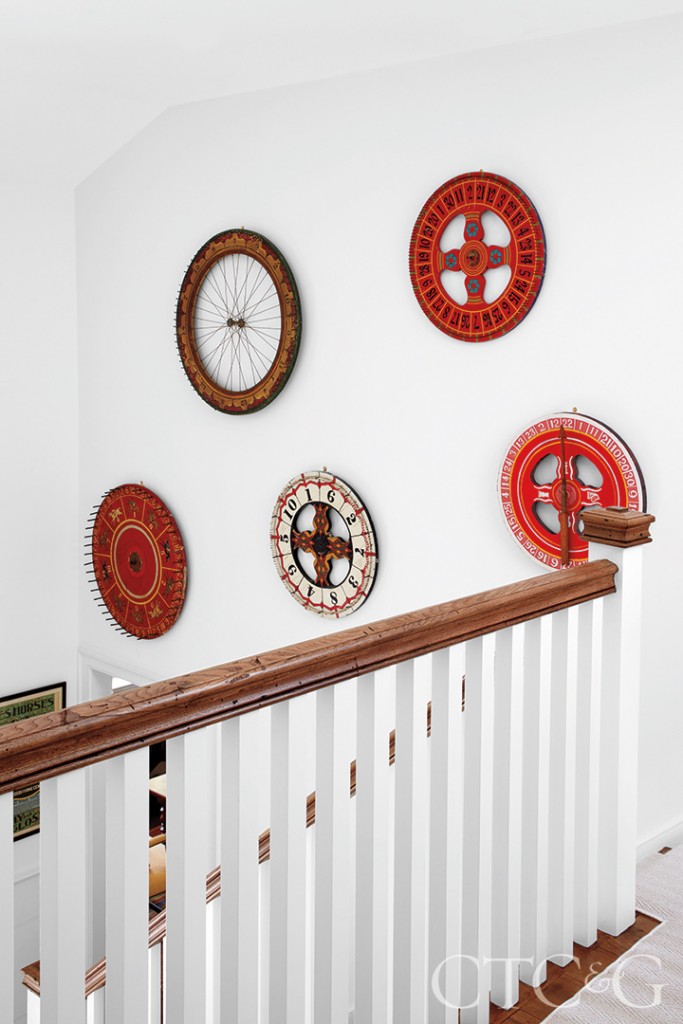 As soon as Matthews’ son and wife put their home on the market, he got right to work. With help from James Schettino Architects for the construction drawings, his new home began to come to life.

“I started to redesign the existing carriage house, keeping the original elements and purging an added 1970s art studio in favor of a barn replete with antique board siding salvaged from Canada,” he explains. “In order to stabilize the structure and provide mechanical space and a gym in the basement, I cut the building in half and moved the cottage portion forward, built a new foundation and then moved it back.”

The result: A plank and New England fieldstone barn-like section contains the master bedroom suite above the garage, while the original shingle portion houses the living room, dining room and kitchen on the first floor, and a guest bedroom, bathroom, laundry and den on the second floor.

The carriage barn doors found new life as windows in the dining room, which affords a view across the compound to the main house. And in the living room, an antique fireplace mantel takes center stage. “We picked that up at an antiques show in Nantucket,” says Matthews. “It was caked with layers of paint that we removed and revealed that beautiful detail.”

Matthews’ wife, Chris, has decorated the home with her collections of antiques and folk art, including tramp art pieces in the foyer and den, game wheels in the stair hallway and a flock of chickens in the guest bedroom. “We call that bedroom the chicken room,” says Matthews. “They are antique Staffordshire hens on nest-egg containers or casseroles.” 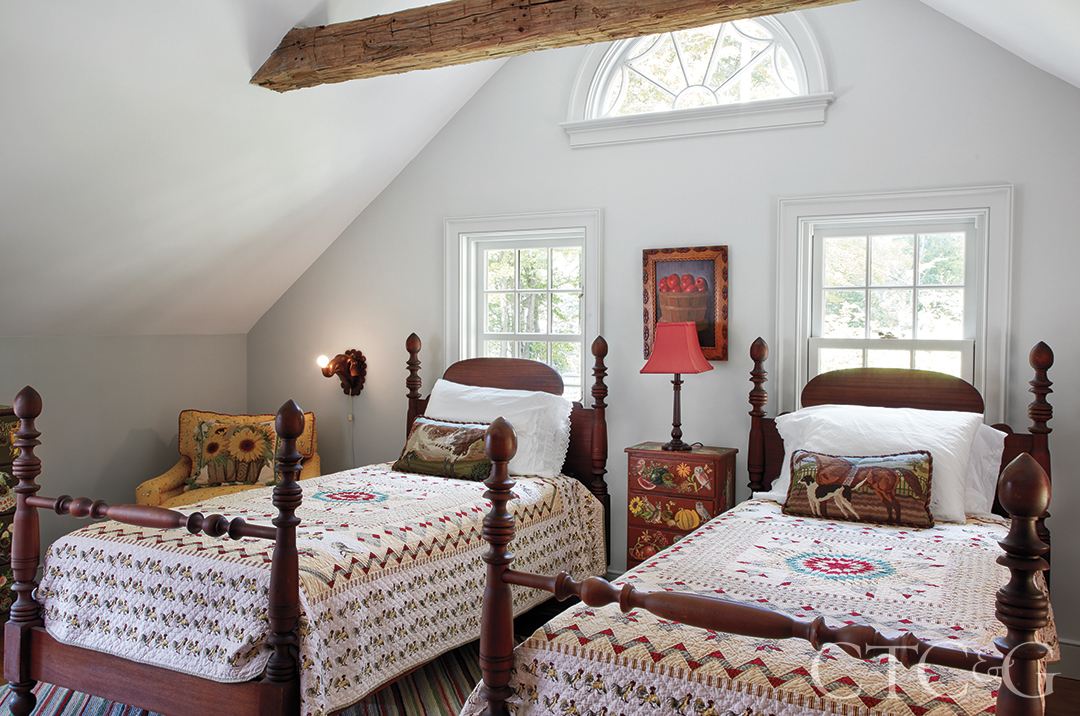 A variety of salvaged items—vanities, plumbing fixtures, bookcases, antique flooring, and period-inspired windows—from previous building projects had been saved for the day they could be put to use. “I had been salvaging items from demolitions done by my company,” says Matthews. “The floors and plumbing fittings are from an old house we demolished in Belle Haven; the guest bathroom window is from an 1800s Georgian in midcountry Greenwich; and the bookcases and vanities are from a home we renovated in Conyers Farm.”

An existing cobblestone courtyard crafted mainly of cobbles from the streets of New York City connects the space between the two homes completing the compound, which has untold benefits. “Having our grandkids nearby is great, plus family holidays require no travel. And if someone needs a cup of sugar, it’s just a walk across the drive,” notes Matthews. “Yet the two homes are separate enough that privacy is not an issue, and we are careful to respect boundaries.”

The print version of this article appeared with the headline: Better Together.