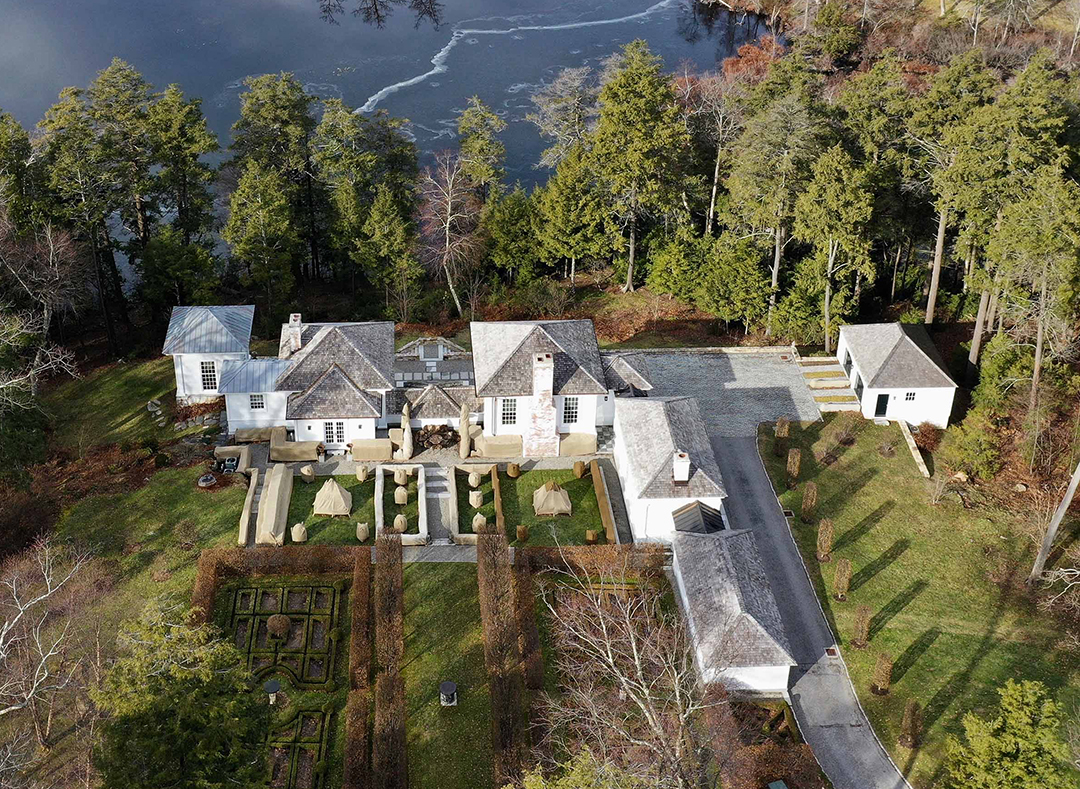 In Kent, the country home of architect and designer Robert Couturier has just hit the market for $5.9 million. Gracing the cover of CTC&G in 2011, the nearly 15-acre property kicks off with formal parterre gardens with maze-like hedges, an allée of ornamental trees and a private, winding drive that leads to a cobblestone courtyard. There you’ll find two distinct dwellings, starting with the pristine white main house that opens onto a dramatic entrance hall with a slate checkboard floor and a 14-foot ceiling.

The opulent styling continues throughout the house. There’s a grand salon with a 17th-century mantel and a 19-foot tray ceiling. There’s a bedroom wing with 18th-century chestnut floorboards and a fireplace in each of the four bedrooms. And there’s a separate library structure with a copper roof and steps leading down to the shores of North Spectacle Lake. Called Dover House because the circa-1710 dwelling was moved from Dover, New York, the guest house is also separate both in location and style—it has the plain and spartan beauty of a Colonial home, with rough and rustic beams, whitewashed walls and a massive stone hearth. The property is listed with Peter Klemm and Rebecca Ward of Klemm Real Estate. 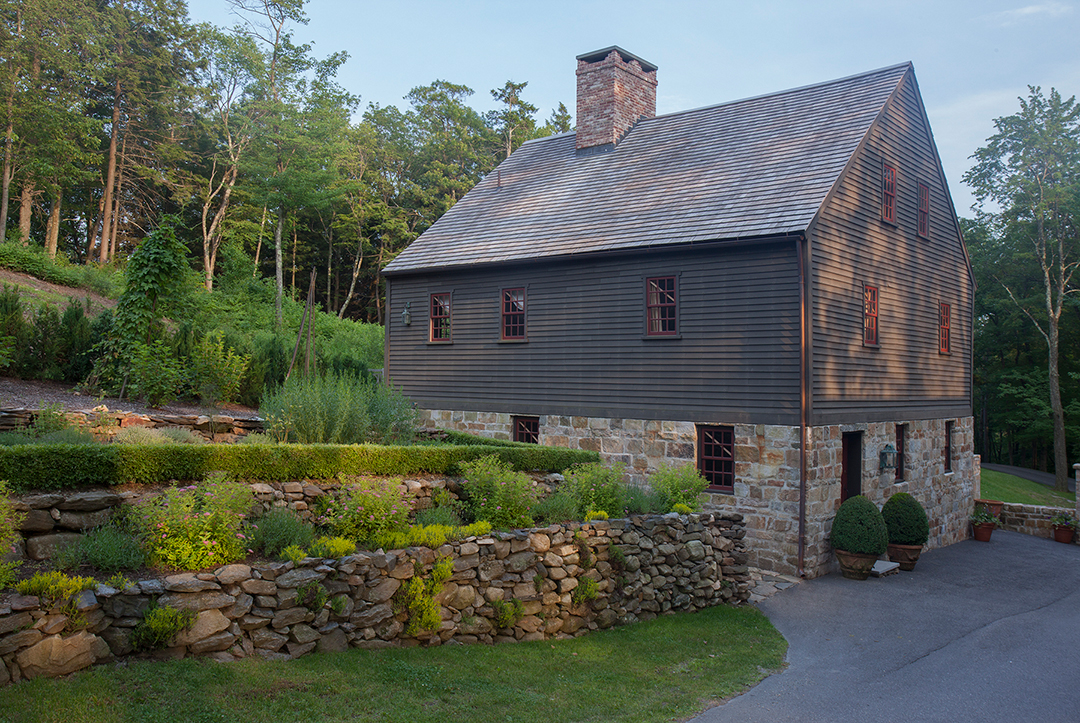