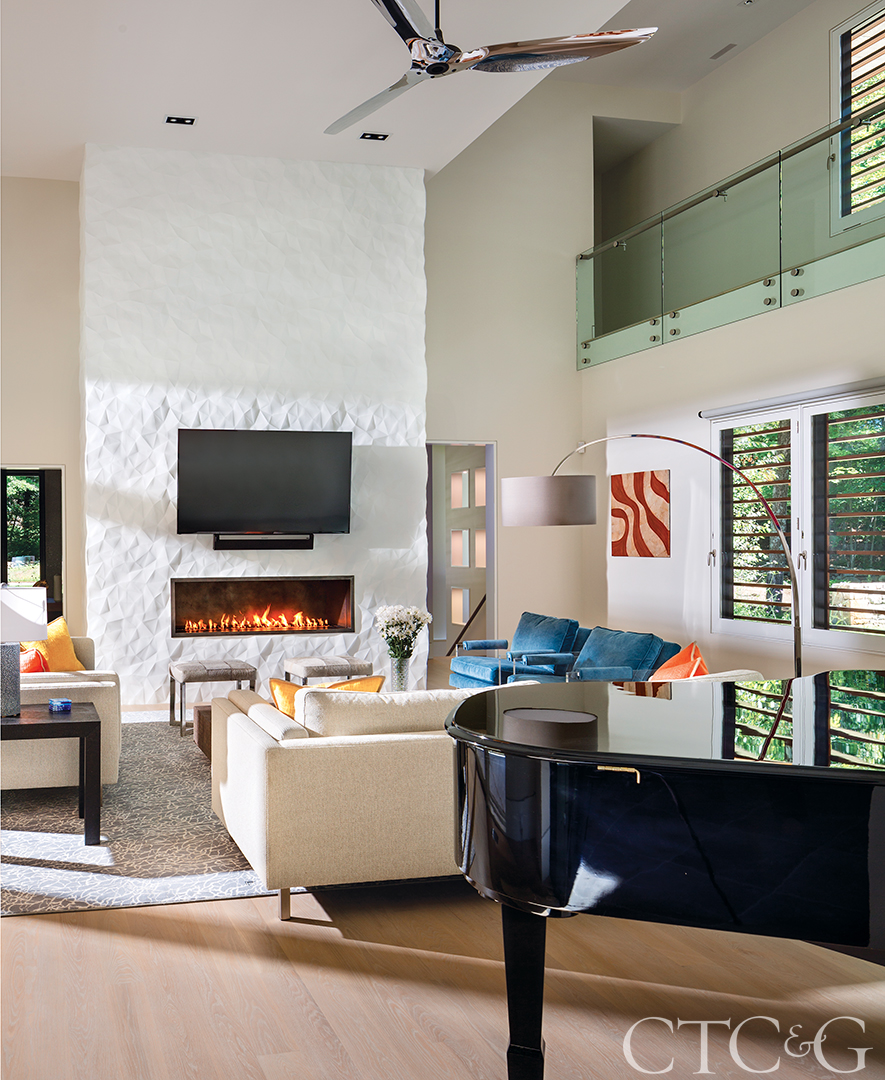 A lot of people associate modern architecture with a box,” architect George Dumitru says from his Westport studio, where, on a Thursday afternoon in May, he is possibly the only person who hasn’t spent the morning watching the James Comey hearings. Instead, he’s looking at images of a Connecticut house he designed for a family with children who don’t live at home full-time anymore, but return home frequently enough that this non-box of a modern house needs to be designed with a full complement of inhabitants in mind.

The primary organizing feature is the idea of a pinwheel: A central atrium anchors the house, while around it, four second-story bedrooms cantilever over the open first floor, creating a sense of visual centrifuge. As opposed to the often static boxiness that shows up in so much contemporary architecture, Dumitru is offering something different—a kinetic and vibrant iteration of the basics of modernism: clean shapes, clear lines, crisp materials.

“This project started as a house,” Dumitru says. Seems like an obvious point to make about a work of residential architecture, but his explanation is, actually, philosophically intense. “We didn’t start with a living room or a bedroom or a kitchen,” he says. “We started with an architectural gesture.” 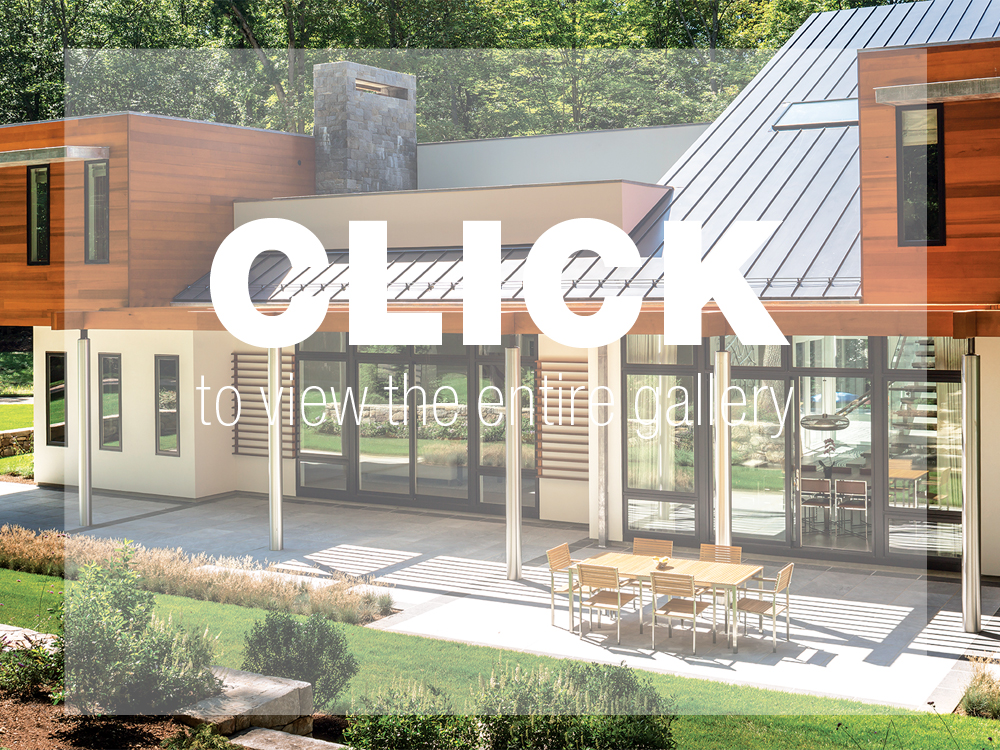 A central element was transparency, a move that was fundamentally iterated in the three-story glazed atrium that makes up the entryway. A gently geometric stair leads the eye (and the body) up from the carefully paved entry into the pinwheeling second story that holds volumes that the architect refers to as structural “cages.”

In the living room, a cantilevered catwalk connects the upper-level private spaces and adds a playful detail to the open first floor. “Since this was a modern house, we kept the floor as open as possible so you could theoretically and practically see one end of the house from the other,” Dumitru says. There are no walls between the kitchen, dining room and living room, he points out. There is one door, which closes off the library if the clients desire a moment of privacy. Other than that? “Transparency in all directions,” he says.

The surrounding landscape is particular to this part of Connecticut: Dumitru speaks affectionately of the natural rock formations, the massive boulders that rest on the lawn, offering a visual counterpoint to the lushness of the surrounding trees. Dumitru wanted to highlight and celebrate the keen visual interest that can come by simply looking at what’s out there. “The idea was to have as little interference to your vista as possible,” he says. “Once you’re in, you’re out and vice versa.” Outside and inside connect even more thoroughly through careful landscape design by Eckerson Design Associates and interior design by Melanie Cohen of New York–based MJ Interiors.

“We like to be explorative and inventive,” Dumitru says of how this project fits into his development as an architect. In other words: outside the box.

A version of this article appeared in the July/August 2017 issue of CTC&G (Connecticut Cottages & Gardens) with the headline: Outside the Box.