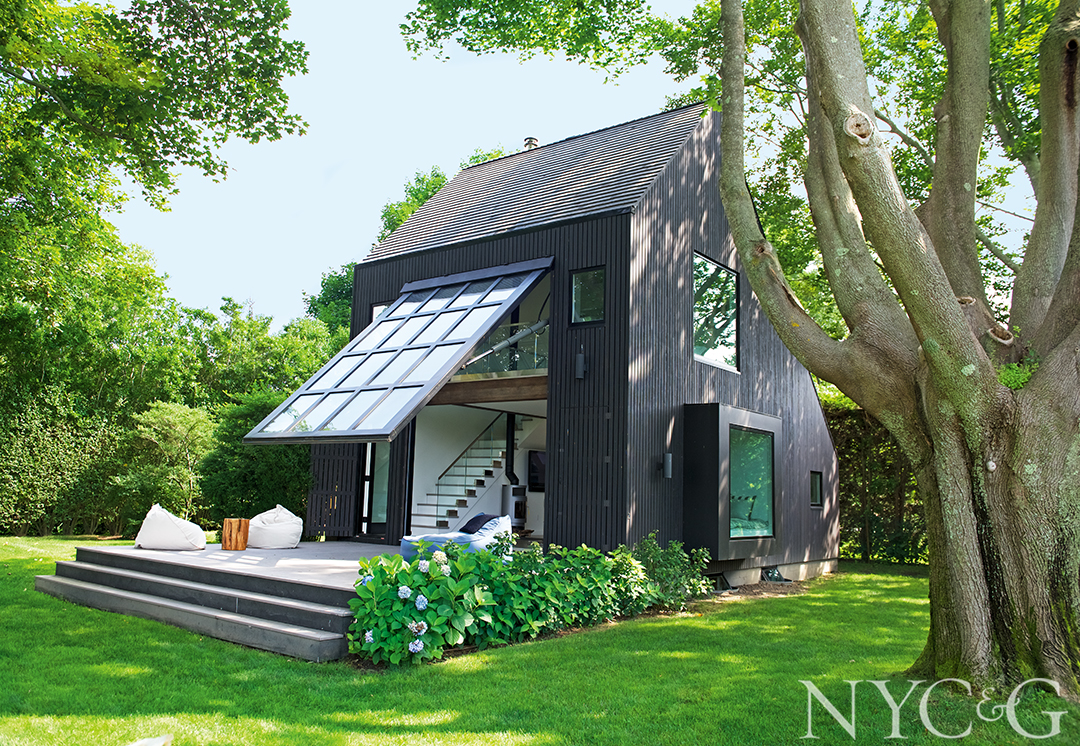 Designers who take on projects in the Hamptons need plenty of grit, asserts architect Guillermo Gomez. It can come in handy, he suggests, when you’re dealing with things like “pyramid law” height limits. Suppose, for example, that the onetime chicken coop you’re tasked with converting into a sleek guesthouse lies eight feet from the property line: Then the eaves on that side can only be eight feet high, with the roof angling 45 degrees, pyramid-style, zipping diagonally up and out in equal measure.

Fortunately, eight feet was enough for Gomez to work his magic on a rustic 650-square-foot one-bedroom shack, which had its origins as a red-painted chicken coop on a historic Sagaponack farm. The main farmhouse itself is not particularly large, so Gomez’s client commissioned him to tear down the shack altogether and build a new two-story guesthouse with all the trimmings. The challenge for Gomez: obeying the pyramid laws and not straying beyond the structure’s grandfathered footprint.

So many restrictions demand enormous architectural ingenuity. Gomez, a native of Argentina who lives in Connecticut and has offices in Manhattan, intentionally designed the no-frills exterior to play straight man to the former farm’s towering specimen sycamore trees. Clad in barnlike rough-sawn cedar siding and stained black, it takes its cues from Gomez’s South American farm, where his family preserved wood fences with an inky coat of burnt motor oil. To give the place a sense of volume and drama, Gomez installed a 16-foot-tall glass-and-steel airplane hangar door, ordered in black from an industrial supplier. It tilts open at the touch of a button and, once angled at 45 degrees, brings the interiors outdoors while simultaneously serving as a glass awning that shelters the adjacent deck. 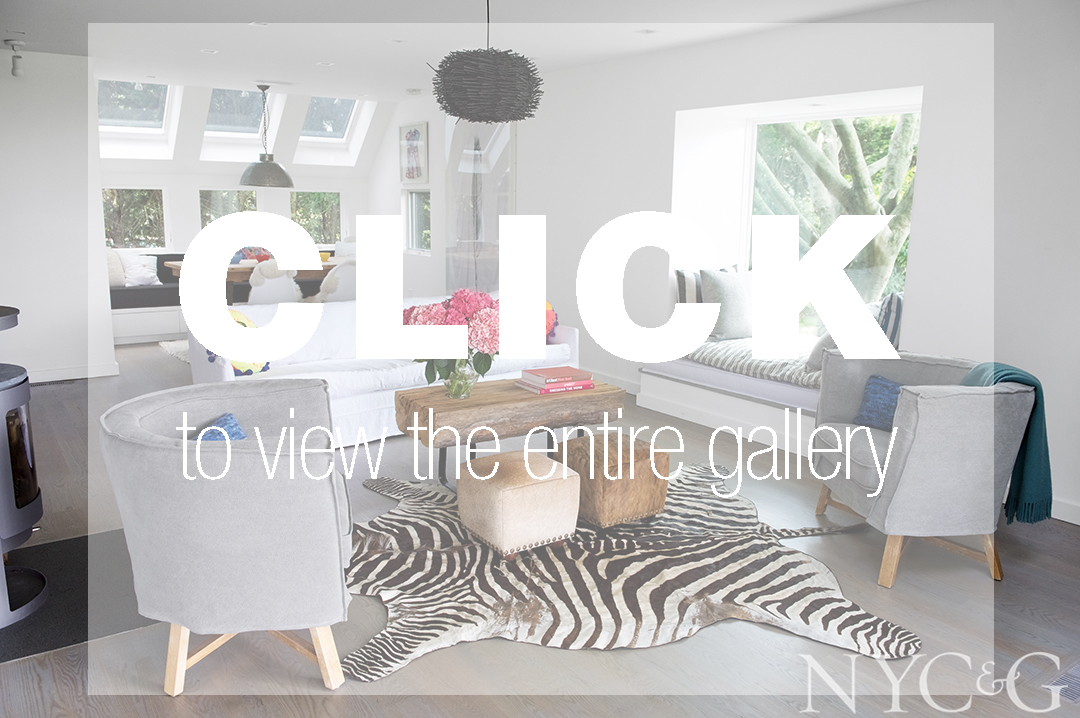 Inside, a padded bump-out window seat cantilevers off the narrow living room, providing more seating space while adhering to code; a skylight popped into the sloped roof illuminates the tiny bathroom while giving the space crucial inches more than a standard window would allow; and a built-in bench in the dining area compensates for the low headroom, thanks to the deeply sloped roofline. “We used all the tricks we could think of,” says Gomez, “to make the house feel as big as possible.”

Gomez worked closely with his wife and design partner, Valeria Pollak, and homeowner Pia Onetti to furnish the place lightly and give it modern panache, starting with the living room’s zebra rug—a hunting trophy from Tanzania—and a coffee table topped with driftwood that Onetti found on the beach years ago. After an extended search, Pollak discovered the streamlined Danish woodstove in a Southampton shop. Twin beds in the sleep loft are on wheels, so they can be rolled under the hangar window for stargazing or pushed together to serve as a king-sized bed. And Onetti knitted the colorful covers for the cozy throw pillows found in abundance throughout.

“The overall mood is relaxed, with lots of denim and beanbag furniture—it’s very Punta del Este,” says Pollak, who is also Argentinean and met her husband while she was visiting her sister in New York. The pair had attended the same architecture school, some years apart, but the idea of working together only occurred to him several weeks after they met. “I was building a desk,” he recalls, “and realized that she knew how to use all my power tools.” While pyramid laws and Hamptons chicken coops might not have been on their minds at the time, Gomez and Pollak are now as open to possibility as a mammoth airplane hangar door.

A version of this article appeared in the November 2017 issue of NYC&G (New York Cottages & Gardens) with the headline: Open Sesame.