When a family was looking for a weekend escape they turned to Mac Patterson to create their ideal home outside of the city. Modern interiors were their main request and the deck and dock combo overlooking the pond was an added feature to the property. 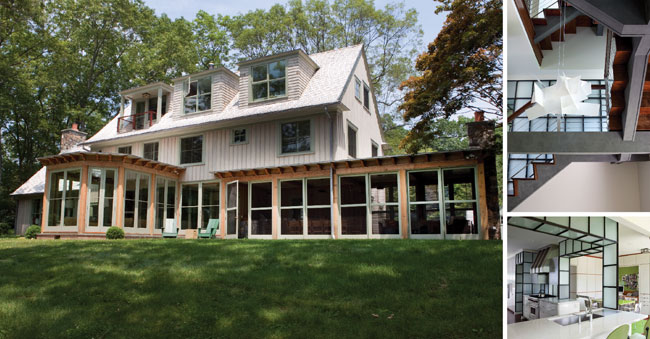 NYC&G: What was the original  plan for this home?
Mac Patterson: The owners bought it because of its position on the property and proximity to the pond. We wanted to rebuild the house, but because of local  wetlands regulations, that wasn’t an option. We ended up completely gutting the interior and adding all new siding, windows, and a swimming pool.

Before you started construction, what was the state of the home?
The original core was incredibly sturdy, but it just wasn’t finished in a nice fashion. Because it was built in the 1960s, the ceilings were only eight feet tall. We eventually worked out a way to lower the first floor into the  basement, which gave us more ceiling height.

What was your initial impulse  on this project?
I saw the house as a gigantic white box, and I wanted to make it into an ornamental box. The attic wasn’t being used at all, for example, and I really wanted to open it up, primarily because of the fantastic views it allows of the property and the pond. I also put dormers on the roof, which really lightens up the space, and we added new windows to bring in as much light as possible. 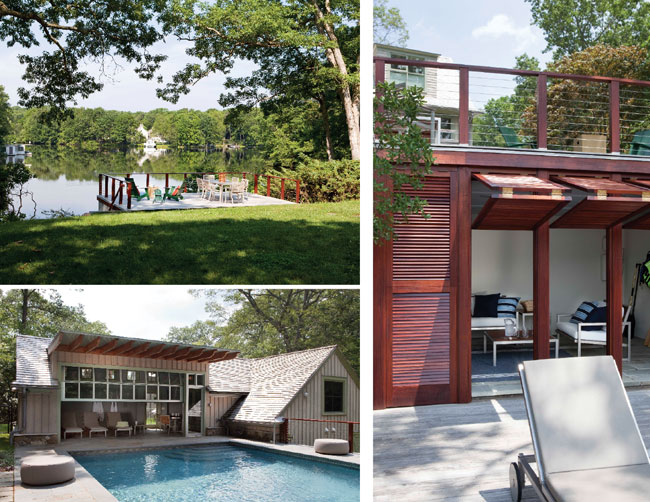 Did your clients have any  special requests?
Overall they wanted a cleaner look and a more modern interior. This is the family’s weekend house, and they wanted it to feel like a comfortable and homey respite from everyday life. We used a lot of streamlined, contemporary building materials, like bamboo, metal, and glass. And we added a gigantic screened-in porch and a separate family room off the back of the house without increasing the footprint.

What innovations did you incorporate into the project?
In order to make things interesting, I took the idea of the basic steel sash that you see on prewar buildings in New York City and added frosted glass windows, which creates a gridlike pattern for the entire house and makes it seem much more substantial than it actually is. From both the outside and the inside, the gridwork ties everything together in a modern way and provides the house with a consistent but varied texture. The steel and frosted glass are two different materials, but together they are very cohesive, and give the project a certain contemporary playfulness.