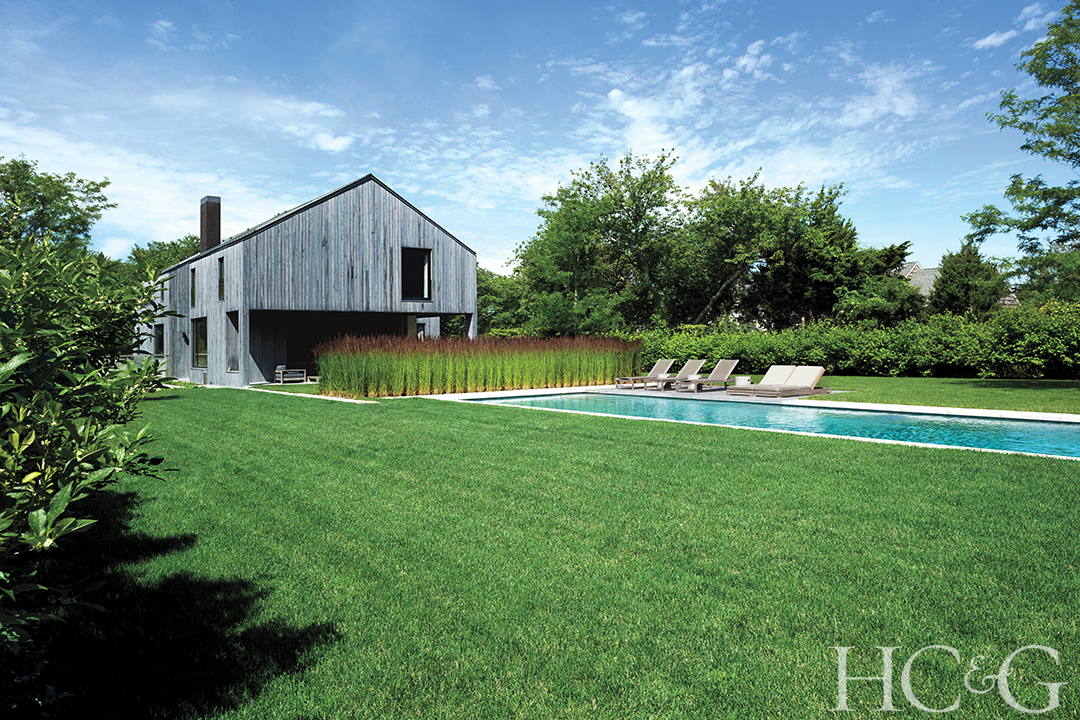 After Manhattanites Anne and Afsheen Kothari bought a narrow one-acre lot in Amagansett close to the beach, their broker suggested that they reach out to Maziar Behrooz, an Iran-born, East Hampton–based architect who has practiced his craft on the East End for 26 years. And then Behrooz almost talked himself out of a job.

Behrooz is a modernist, so when the Kotharis outlined what they were thinking about, he told them that perhaps he wasn’t their guy. “We thought we wanted modern,” recalls Anne Kothari, “although we weren’t sure how modern.” Even so, after interviewing another architect, the couple decided that they preferred Behrooz and hired him anyway. “After 20 years in the Hamptons,” Afsheen Kothari says, “I decided I wanted a traditional frame with a modern touch.”

The site was on one of the “lanes,” the charming parallel roads that run from Main Street nearly to the ocean. Most of the houses in the area are shingle-style, and many are hidden behind hedges.

The Kotharis hate hedges—although they desired absolute privacy and a maintenance-free house, inside and out. They wanted rooms to feel womblike, and to have no extraneous spaces. 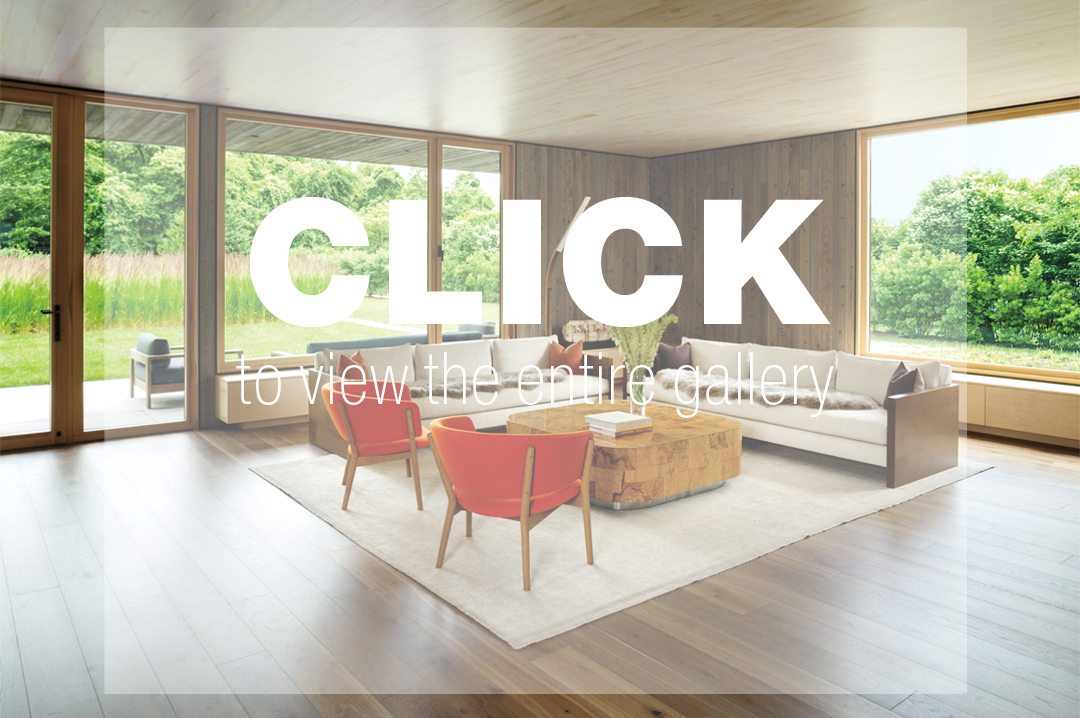 Behrooz’s solution: a five-bedroom two-story house along an east-west spine that lies perpendicular to the street. “Instead of having the front of the house face the street, we rotated it so that the narrow end is on the street front,” he says. “By doing so, we were able to let the longer side of the house face south, taking advantage of direct sunlight, while maintaining a suitable distance from the neighbors.”

Seen from the road, the home comprises two elemental shapes resembling Monopoly houses, anchored by a grassy meadow. A gabled slab of solid concrete delineates the first shape, which contains the garage and shields most of the house from view. The house itself, which further articulates the overall barn vernacular, is sheathed in vertical clapboards of slightly charred cypress. A Japanese technique dating from the 15th century, charred wood is both fire- and termite-resistant and “doesn’t look brand new,” Behrooz explains.

“All exterior materials, from the charred cypress to the raw concrete walls to the zinc roof, have been chosen for their ability to weather and patina naturally,” Behrooz adds. “The exterior skin is devoid of fussy details. It can withstand long-term exposure to moisture and salt air and has been designed to age gracefully, without requiring staining, oiling, or other treatments.”

Materials are just as critical indoors, from the pale oak-lined ceiling and oak floors in the soaring living room to a thick concrete wall that rises straight from the basement to the second floor. “The concrete anchors the house in the center,” Behrooz says. “The garage cladding comes inside.”

Although Behrooz was also deeply involved with the design of the interiors, Afsheen Kothari, a vintage furniture buff, decorated them. “I’ve been collecting mid-20th-century furniture for years,” he says, “but you only have so much space in the city.” So the Amagansett home has become the stylish repository for a variety of accessories including sleek Italian light fixtures from Artemide, Foscarini, and FontanaArte, a Paul Evans coffee table, a spectacular George Nakashima chaise and bench, and a pair of vintage Finn Juhl sofas, covered in a bright green fabric.

The house is decidedly zipped up, but is it truly maintenance-free, as the Kotharis had desired? “We love the fact that the tall grasses hide the pool from the house,” Anne Kothari confesses, “although those grasses still need to be cut down every year!” But it’s a small price to pay for their thoroughly new, thoroughly modern way of life.

A version of this article appeared in the August 15 issue of HC&G (Hamptons Cottages & Gardens) with the headline: Gable Vision.