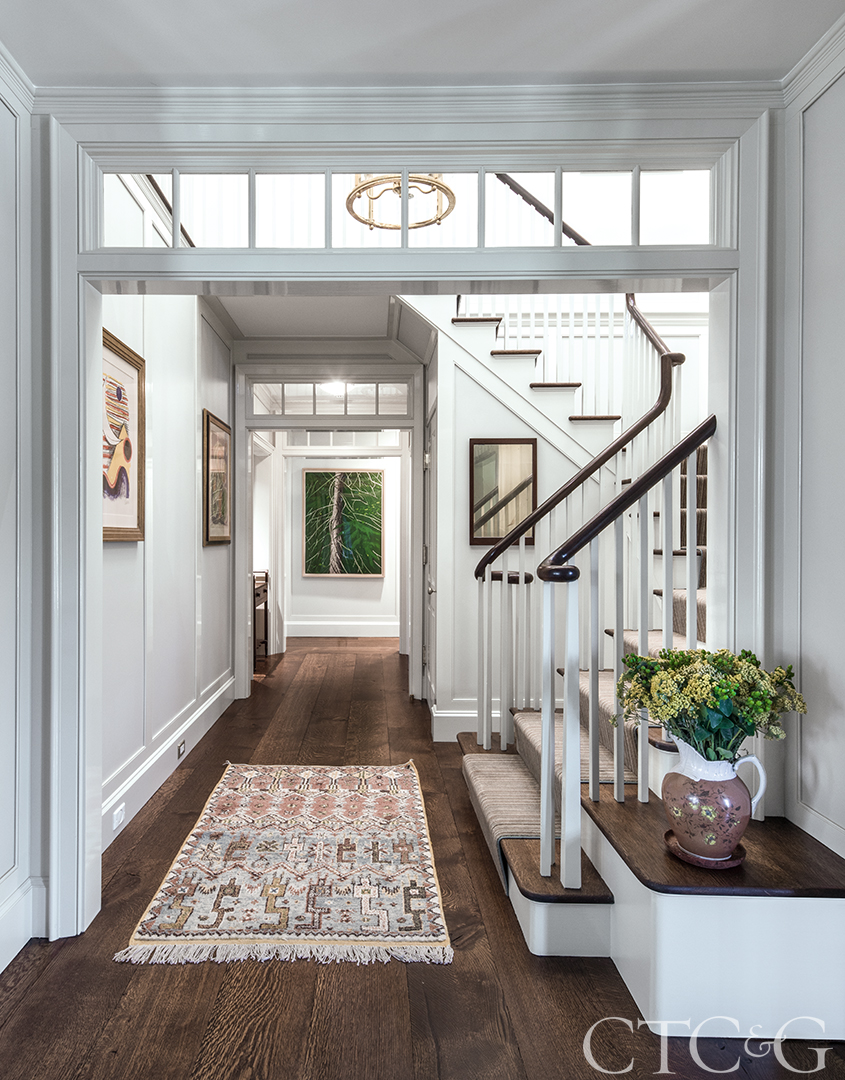 When a prominent oncologist and her successful gastroenterologist husband fell for a bucolic 21-acre property (“I knew this was where I would live for the rest of my life,” says the wife), a revelation about a connection her husband had with the previous resident added an element of fate to their decision. “I was standing at the front door when I saw the name Heifetz [the renowned violinist] inscribed on the house,” she recalls. “Turns out my husband’s grandmother was a violinist who regularly practiced with Heifetz in the music barn.”

Over time, the land had been subdivided, and bringing it back together was among the goals of the doctor duo who ultimately purchased all of the pieces. “We wanted to reconstitute a gentleman’s farm from Colonial America,” explains the wife.

To oversee development of the complex project, the couple turned to architect McKee Patterson whose assessment of the property called for saving and updating an 18th-century gambrel structure and getting rid of the rest. “It was the original residence and had historical significance,” he says. “The others were in bad repair, so we opted to rebuild those in the existing footprints to accommodate zoning codes.”

Restoration of the gambrel came first with builders Brian McDonald and Peter Calzone of Davenport Contracting doing the heavy lifting. “Traditional plaster techniques were used to repair wall and ceiling areas,” says Calzone. “The entire gambrel roof structure was reinforced with engineered lumber while still maintaining the character sag in the roof line.”

Next, the existing main house was gutted, reconfigured and lifted to increase the ceiling height and add a second-floor master suite, and a Greek Revival-like building emerged. A gradual serpentine drive now wends past a refurbished barn and fields sweeping down to the pond before culminating in a courtyard where the main house, a new stone structure that houses the kitchen, and the garages come into view. 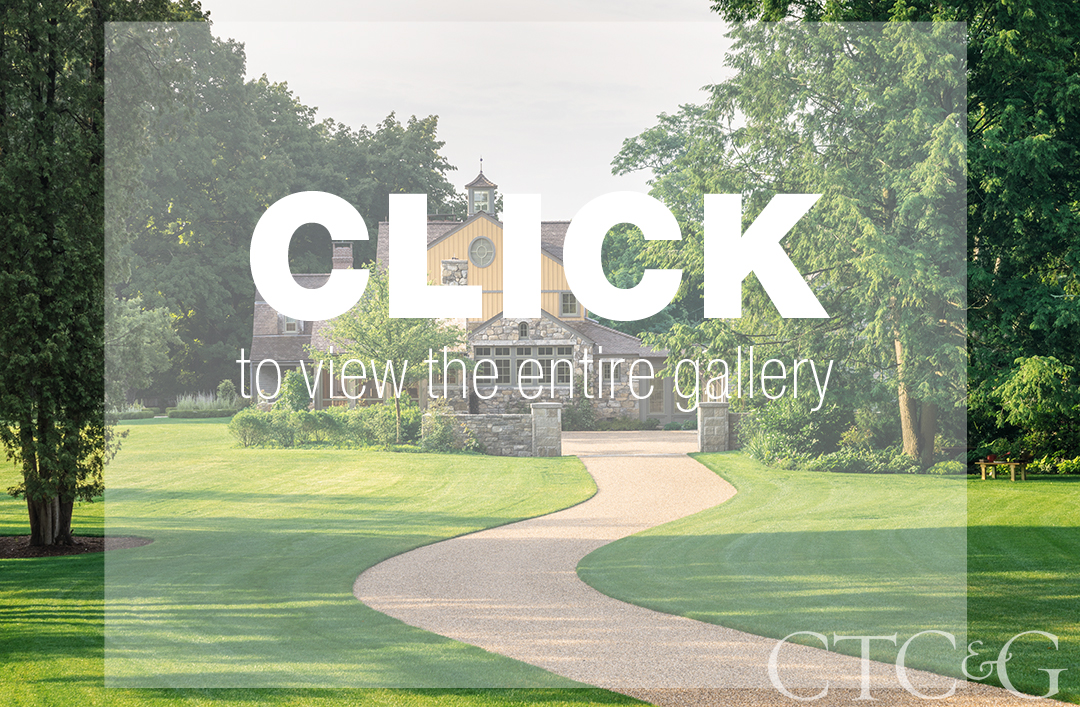 When it came time for the interiors the wife found herself musing, ‘what would people in the 1780s have had in their homes?’ “I wanted an early American sensibility with a taste of the British, French and Chinese decorative arts,” says the wife, who embarked on an exhaustive study of the latter while curating items from the couple’s own assemblage of books, art and antiques, settling on things that were historically consistent.

A Chinese rug now lies in the gambrel, custom shelving in the library accommodates the husband’s French literature collection, and an antique drop-leaf table and Chippendale chairs grace the formal dining room. The latter features a de Gournay scenic wallpaper. “Now even on a cold dark winter night, we can enjoy the woods and colors of the dawn,” says the wife.

Elsewhere, colors vary from New England porch blue in the hallway to bright traditional yellow in the kitchen. “I didn’t want this to be an old, dark early Connecticut structure,” says Patterson, who claims coating the sunroom walls in eggplant was his way of “putting an exclamation point on this thing.” The wife followed suit with drapes in a colorful modern pattern, and a bright purple striped sofa by her friend, deceased designer Randall Ridless.

Landscape architects Diane Devore and Regina O’Brien made an equally strong imprint outside with an exuberant mix of peonies, roses and hydrangeas in an English border garden on the front balanced by soothing green and white plantings on the back. There, the wife keeps her kitchen and medicinal gardens overflowing with the likes of thyme, oregano and fennel, and lovage and borage for making teas. “There’s a private space next to the gambrel just for me that’s quiet and contemplative,” says the wife, noting it is a small part of a brilliant cohesive whole. “The everlasting beauty of the property is how the truly perfect design is integrated with how we live.”

A version of this article appeared in the April 2018 issue of CTC&G (Connecticut Cottages & Gardens) with the headline: In Tune with the Past.