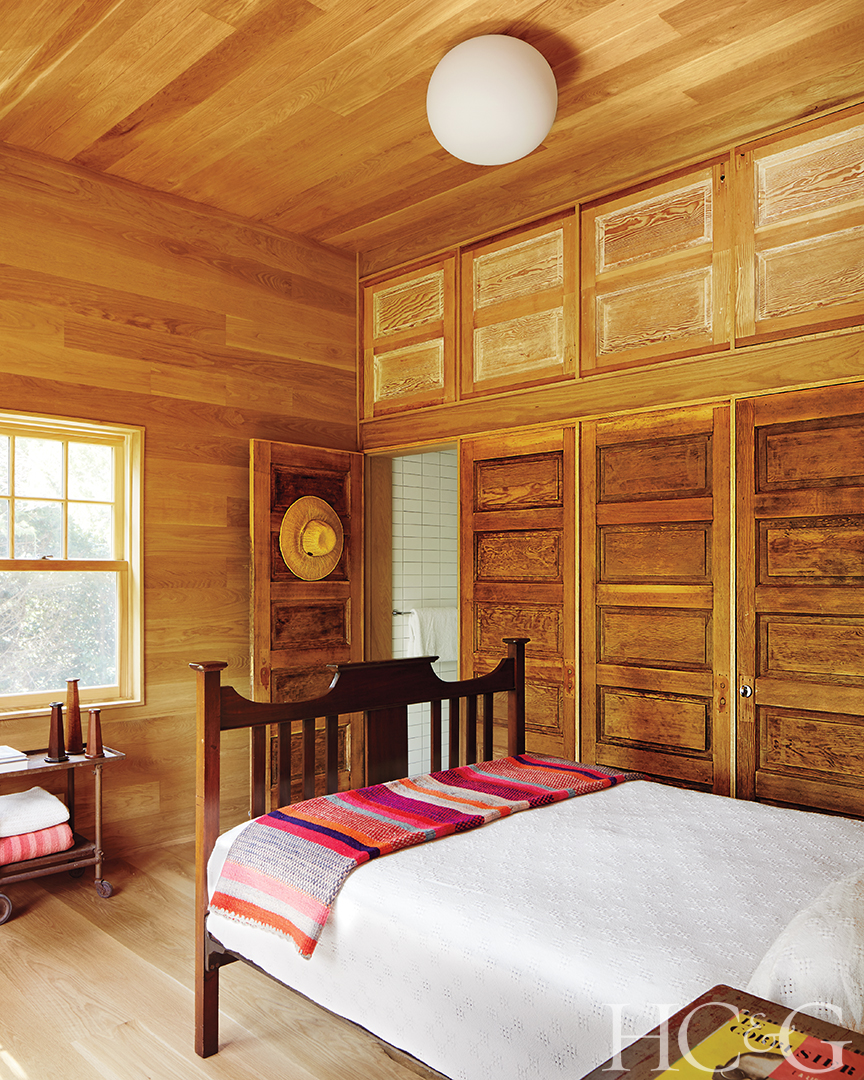 Limitations have their advantages. Given the Village of Sag Harbor’s strict historic building code, architect Ted Porter’s remodel of his 1920s Dutch Gambrel is a marvel of invention. Any updates or replacements to the front façade, for example, had to be made in “like and kind.” For an architect, such a restriction can be rather severe, but it challenged Porter to look inward, literally, as he sought to bring the charming, but somewhat dated, house into the modern era.

“What we didn’t like were the front door opening against the stairway to the second floor, bathrooms at the ends of hallways with toilets in full view if the doors were open, and the seven-foot, 11-inch ceilings,” recounts Porter, who shares the house with his partner, nonprofit consultant Steve Godeke. (Both men stand well over six feet tall.) “And I also realized I’m too old not to have a coat closet!” To resolve these issues and more, an almost complete interior demolition was in order. But where to pump up the volume without compromising the front façade? 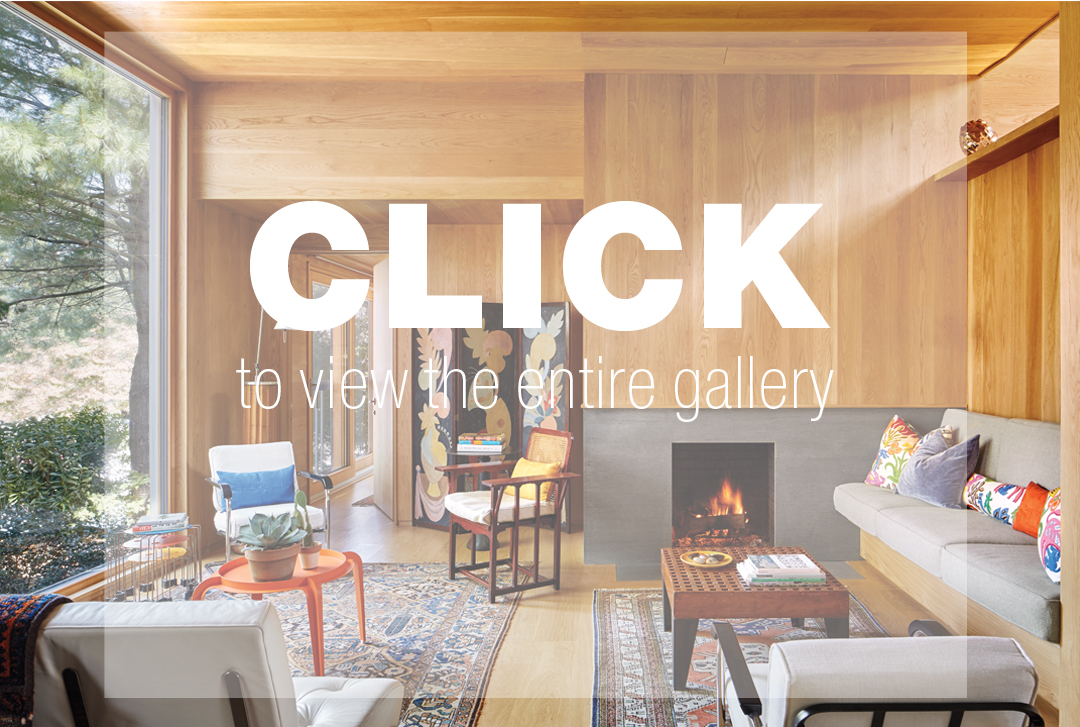 Ultimately, the men decided to retain the house’s footprint and build upward into the attic space, creating airier rooms that are flooded with light. The main stairway was turned 90 degrees, so that it parallels the front of the house, and strategically positioned so as not to block any of the windows. “The windows allow maximum light into the rooms—much more than they did before,” notes Godeke. “One advantage to living here for 16 years before renovating is that we knew how the light plays through the house, and we took advantage of it.” Additionally, several rooms now boast ceiling heights of up to 10-and-a-half feet, and all the rooms on the first floor radiate off the main living space, making the house seem bigger than it actually is. The diminutive kitchen is smartly located between the dining room and the screened porch, an ideal position for summer entertaining.

Another major improvement was cladding all the walls in white oak, treated with a matte Bona sealer to keep it from darkening with age. The wood lends a graphic quality to the house while obviating the need for moldings, and depending on the desired effect from room to room, the planking is laid either horizontally or vertically. “In the winter, it adds warmth,” says Porter, “and in July and August, the house feels like a summer camp.”

The handsome wood walls both enhance and amplify the couple’s collections of furnishings and art. Sinuous bone-shaped ceramic candlesticks, all created by Italian jewelry designer Elsa Peretti for Tiffany many years ago, are massed on the dining table as a cheeky ersatz candelabra, while the living room houses an F40 Cantilever sofa by Marcel Breuer and a stellar quartet of signed and unsigned chairs, in addition to a cozy Frank Lloyd Wright–inspired inglenook and a colorful canvas that Porter painted in 2006. Throughout the house, Peruvian textiles, vintage Persian carpets, and pottery collections add further eclectic flair.

Outdoors, the property has been divided into a series of charming garden rooms with a huge variety of plants, and a lap pool beckons on the site of an old dilapidated barn. The pool lies 18 inches below the gardens adjacent to the back of the house, separated by a row of beech trees that minimize views of the pool cover in winter.

Having realized its full potential, the house is now complete—though one would never know it had changed one bit, since the façade still looks much the same as it did nearly a century ago. Chalk it up to the sleight of hand of a clever architect faced with working against convention. “The constrictions and rules you encounter with a project in a historic district,” Porter muses, “can lead you to innovative solutions.”

A version of this appeared in the July 1-15 2019 issue of HC&G (Hamptons Cottages & Gardens) with the headline: Blank Slate.