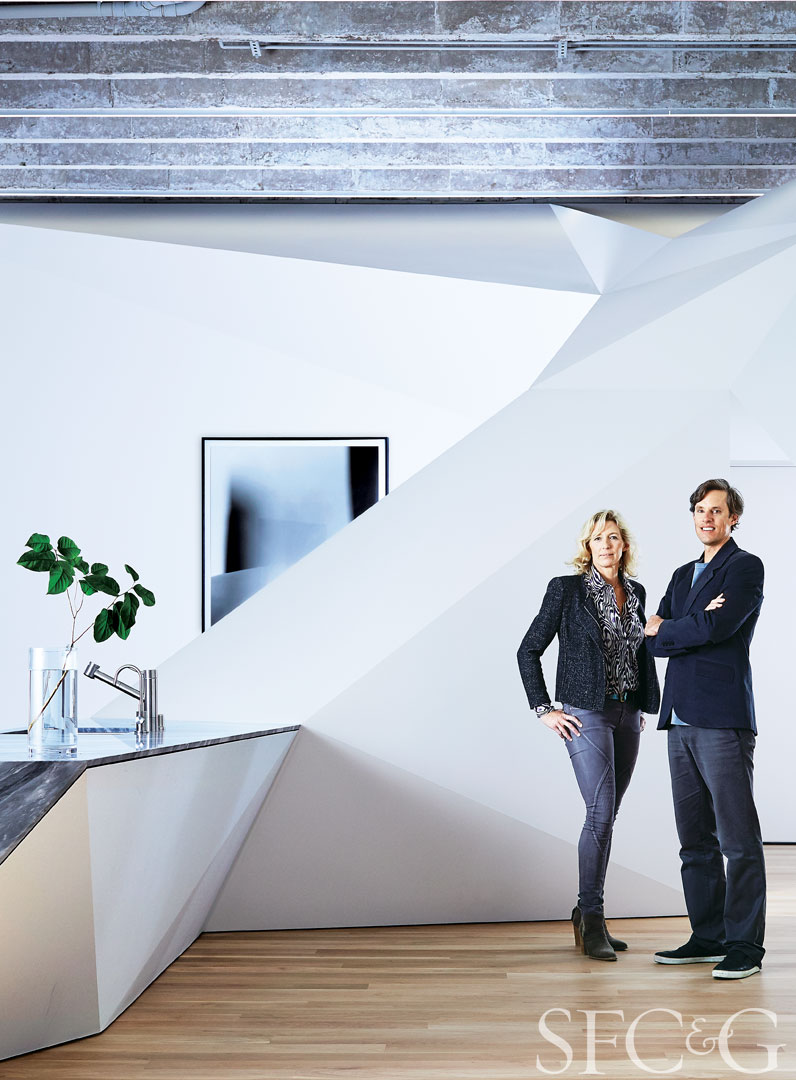 The entry of the Russian Hill loft could have taken any traditional form. But in the hands of Luke Ogrydziak and Zoë Prillinger, the partners and founders of architecture studio OPA, it became a striking work of origami, composed of folding planes. It’s the defining sculptural feature of the project—dubbed “The Vortex”—that reflects OPA’s ever-evolving vocabulary of complex forms.

“The project is a gradient between two equally valid conditions of architecture,” says Ogrydziak. “At the entry, it’s purely this folding, twisted vortex that loses any reference to right angles. And then at the far end, in the bedroom, everything is very quiet and orthogonal. There’s an ambivalence between the two conditions, and it’s nice to enjoy both.”

The client, a connoisseur of architecture, art and fashion who lives nearby in Pacific Heights, wanted to radically transform the space in order to create a personal retreat within the city. “I told them that I wanted the design to be minimal but not conventional—that it needed to be dynamic, fluid, quiet and spacious—and that I am not a fan of symmetry,” she says. “I also said it needed to be functional for real living, with storage.” In fact, she purchased the unfinished unit specifically to work with OPA, who were responsible for the adaptive reuse of the building—a 1920s parking garage—into seven industrial lofts. “I had seen some of their past projects, and found them refreshing,” says the client. “They are forward-looking—I could see a lot of thought and introspection going into their work.” (For a look at another space within the same building, see “A 1920's Garage in Russian Hill Is Transformed into an Artful Abode,” SFC&G, October 2015.)

The 2,000-square-foot loft, with its 14-foot-high ceilings, had lots of possibilities. Starting with a raw, T-shaped footprint, Ogrydziak and Prillinger retained the open layout, creating a central living/dining/kitchen space, adjoining media room and office, and partitioning off a bedroom suite. They devised the signature entry as a buffer zone between the building’s lobby and the main living area. “The basic concept was a force diagram that didn’t have a specific form. We wanted to control the flow of motion and slow people down without stopping them entirely,” says Ogrydziak. The sculptural “knot” opens to the central area, and also twists down to the ground in the kitchen to form the center peninsula. 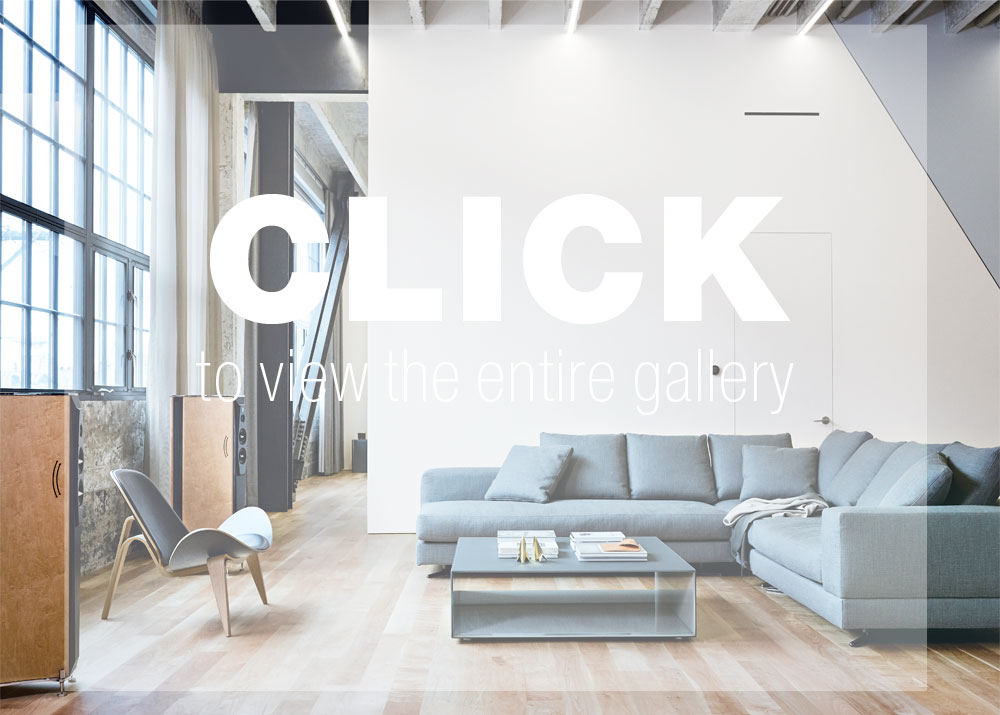 The master bathroom is similarly intricate, with faceted surfaces that mirror the entry: “The master bathroom was designed as a stand-alone piece. We thought of it kind of like a claw that starts low at the long bench, wraps around the shower/WC, and then splits at the mirror,” notes Ogrydziak. Even the powder room plays with perspective, thanks to opposing walls that are set at a slight angle. “The shape suddenly becomes very complex—it doesn’t take much to upset the human brain,” says Prillinger. “We’re exploring new architectural sensations.”

Ogrydziak and Prillinger counterbalanced their complex geometries with simple materials: The rough-textured, original concrete shell remains exposed except in a few select areas where crisp new walls of painted sheetrock have been inserted. They chose two subtle shades of paint—pale pinky-cream and blue-gray tones, and the floors throughout are double-bleached walnut. And with the exception of the bathrooms, all of the exposed concrete ceilings feature minimalist LED strips that evoke the installations of Robert Irwin.

The architects also designed furniture that echoes the angles of the entryway, including a 14-foot-long hot-rolled steel desk and a floating shelf of nickel-plated aluminum in the bedroom. The complexity of the space has created the sense of escape from the everyday that the client was seeking. “Being here helps settle a busy mind,” she says. “I enjoy the surprise of seeing the design from different angles, whether standing or sitting or lying down.”

A version of this article appeared in the February/March 2017 issue of SFC&G (San Francisco Cottages & Gardens) with the headline: The Vortex.