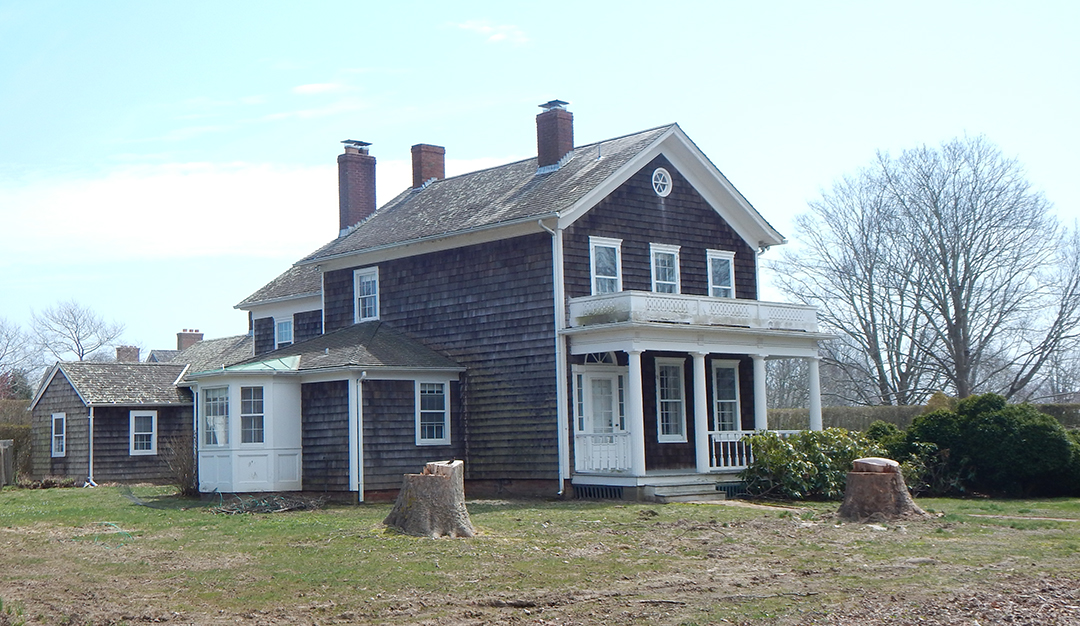 The East End is chock-full of charming historic structures, but without enough vacant lots to satisfy developers and homebuyers, are any of them safe from the bulldozer? Bridgehampton’s 949 Ocean Road, which was built in 1880 by Baldwin Cook, a farmer and captain of the U.S. Life-Saving Service at Mecox Station, recently met its demise. The new developer-owner of the residence (sold along with 1.3 acres and last listed for $4.995 million) was issued a demolition permit in May and plans to replace the historic shingled farmhouse with a two-story farm-style home, a detached garage, and a pool house, according to Ed Wesnofske, a member of the Southampton Landmarks and Historic Districts Board, which reviews all building permit applications involving structures more than 75 years old. The board typically informs the owner about a property’s history, then provides the town’s building department with a recommendation about whether it should or shouldn’t be demolished, based on historic value and current condition. However, the building department isn’t obligated to follow the board’s suggestions and “usually issues permits because owners have the right to develop a site as they see fit,” says Wesnofske, who, along with the Landmarks and Historic Districts Board, recommended in April that 949 Ocean Road not be torn down. (The maximum penalty for demolishing a historic structure without a permit is $1,000—a drop in the bucket for anyone constructing a multimillion-dollar property.) “We are trying to alert an owner or builder to the loss of history as well as inform the community, but we are usually disappointed to find that our notes are a pitifully weak form of persuasion, compared to the potential monetary gain.” 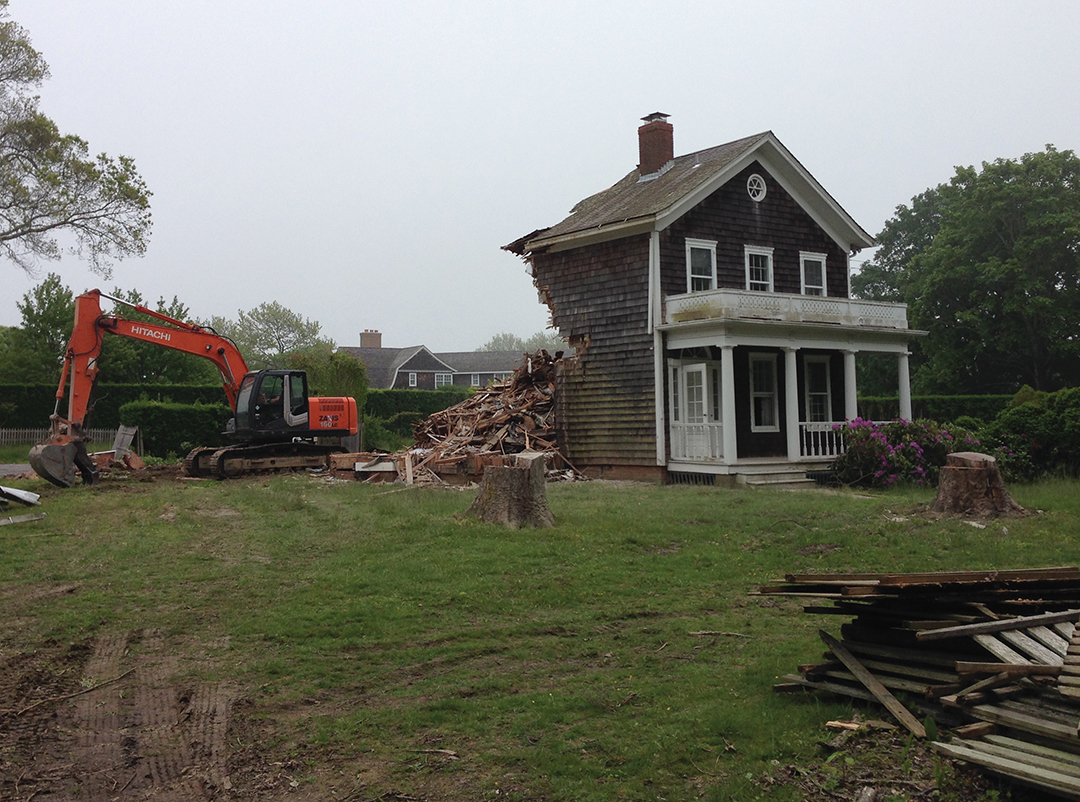 In addition to the seven historic districts managed by the villages within the Town of Southampton, just 12 residences are designated as town landmarks and require a special “certificate of appropriateness” for any alterations or demolition. For most historic structures in the town, though, there is little hope, as there are no laws in place that supersede a building permit. The number of teardowns has increased during the past five years, Wesnofske adds: “As land becomes scarcer, demolition is the developer’s strategy of choice. Small community advisory groups in each hamlet have been discussing historic value issues, but there’s no organized action and not enough awareness. It normally takes a big crisis to galvanize feelings.”