Barbara Israel’s Steepway Farm in Katonah is home to museum quality stonework, from Bacchus to Perseus. 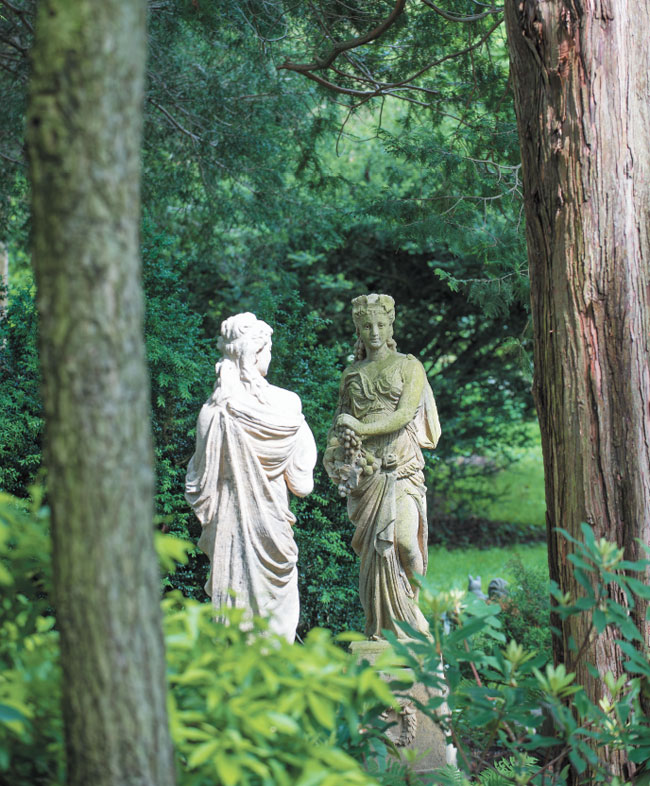 Into the Woods
No garden of stone statuary would be complete without a representation of the Four Seasons. Spring and Autumn (gazing toward the camera) are part of a circa-1880 English carved set at Steepway Farm, owned by garden antiques dealer Barbara Israel. 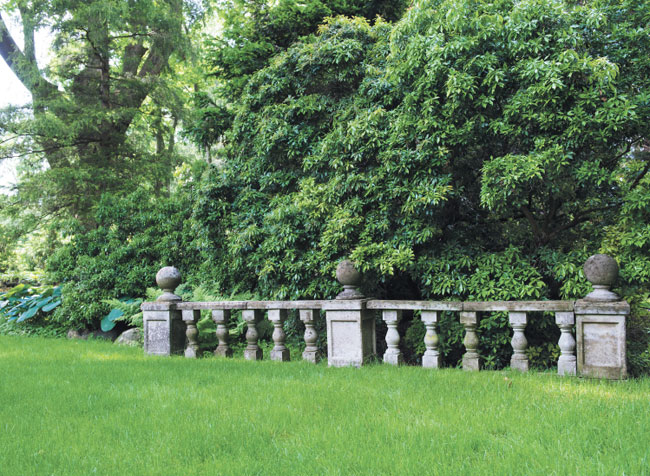 Into the Woods
Porous composite stone has its benefits, such as the lichen-enriched patina on this circa-1920 cast-stone balustrade. 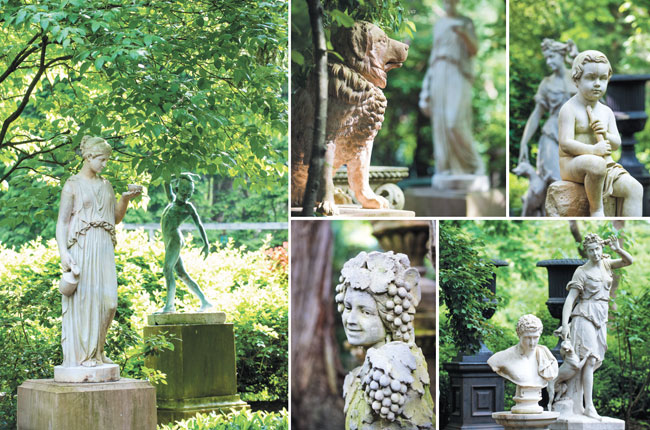 Marble and Mischief
(Left) An unsigned, museum-quality bronze expressionist figure flits beside Hebe, Greek goddess of youth. (opposite clockwise from top left) One of the tamer beasts-in-residence is an obedient terra-cotta Newfoundland in the English stoneware tradition. Most statues at Steepway commune with other stone characters while awaiting permanent homes, such as this carved marble wood sprite (equipped with horn) by Benjamin Edward Spence (1822–66). A 1701 statue of Louis XV’s mother in Greek wardrobe was the model for this circa-1890 statue of Diana the Huntress, who looks fondly upon the bust of an unidentified (but buff) circa-1930 Roman dignitary. As is their wont, bacchantes like to party, including this circa-1900 carved grape enthusiast, whose intricate detailing differentiates chiseled stone from cast composition at a glance. 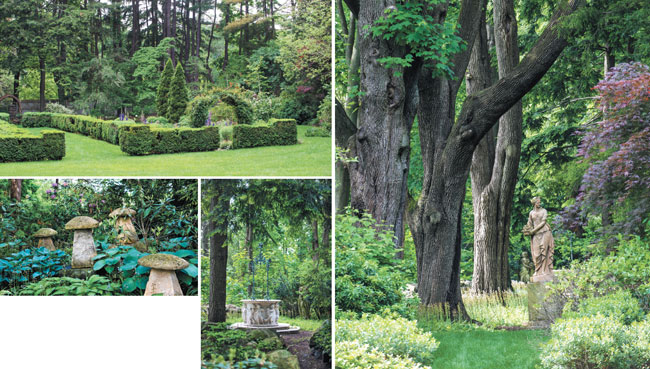 Classical Encounters
(Clockwise from top) When one of the Olmsted Brothers paid a call to Steepway Farm, he scribbled a quick plan for its beds, providing a template for the classical garden that Barbara and Tom Israel purchased in the 1980s and soon peopled with putti and other stone beings. An over-the-top Carrara marble wellhead features high-relief cherubim gamboling beside fruited swags. Staddle stones such as these mushrooms are “functional art” that once supported granaries and prevented rodents from gaining entry. (Right) Israel began collecting garden ornaments three decades ago, when she attended an estate auction with a friend and came home with 40 statues, including this lovely incarnation of Autumn. For sentimental reasons, she has taken up permanent residence in Steepway’s bluebell woods.