In Williamsburg, change has been virtually unknown for decades, Goicolea raised eyebrows when he transformed 1,200-square-foot row houses into a soaring, vaguely brutalist 2,000 square-foot wood and concrete structure into his own... 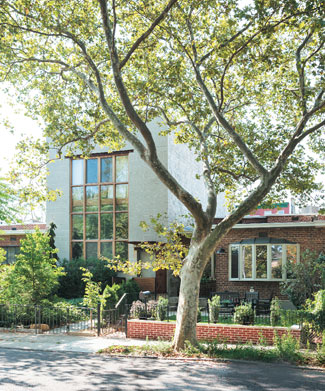 Anthony Goicolea’s house in Brooklyn didn’t just pop up overnight, though at first glance it looks like yet another example of gentrification’s rapid-fire push into Williamsburg’s more distant corners. Truth be told, Goicolea had been eyeing his neighborhood’s low-slung brick and casement-windowed row houses for nearly a decade before finally putting down roots. “My first boyfriend bought a house on this street in 1998, and I always enjoyed the quirkiness of it,” he says. “It’s the hardest-to-get-to one-way street in Brooklyn, yet it’s on a park and just three minutes from the subway.”

For a neighborhood where change had been virtually unknown for decades, though, Goicolea still raised eyebrows when he transformed one of the 1,200-square-foot row houses into a soaring, vaguely brutalist 2,000-square-foot wood and concrete structure, which he now shares with his partner, Paul Kelterborn. “I kept the foundation and two side walls but tore off the front and back, then ripped off the roof,” he says. “I guess I basically knocked the whole thing down! The gossip going around the neighborhood was that some Texas millionaire had moved in. Yeah, a Texas millionaire living three stops out on the L train.” 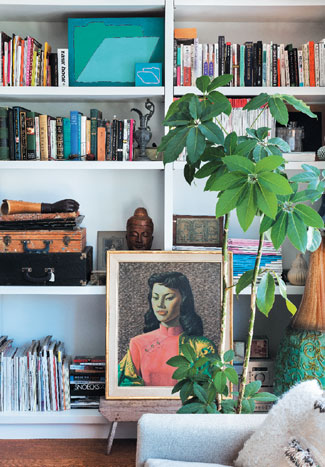 Goicolea may not be a Texas millionaire, but the Georgia-born multidisciplinary artist has always had a knack for making a splash: His 1999 solo debut at New York’s
Rare Gallery earned him glowing reviews, as have several subsequent group and solo shows over the following years (his work is also included in the collections of MoMA and the Whitney and Guggenheim museums). But while his house’s exterior is definitely statement-making, Goicolea has endeavored to create cozy, intimate interiors that remind him of the house he lived in for six years on Putnam County’s Lake Oscawana, another magnet for artists, such as the Starn twins and Timothy Greenfield-Sanders.

When he bought the Williamsburg split-level, in 2007, he hadn’t intended it to become his main residence, but after the recession forced him to downsize, he began earmarking pieces from his place upstate, which he eventually sold, for his new digs. “Upstate, I had a wide-open, all-cedar house with an entire wall of windows and double-height ceilings,” he recalls, “and I wanted to achieve the same feeling here, with central rooms all flowing into one another. I wanted a house that’s very urban structurally, but with lots of privacy inside—with a ‘country escape’ feeling.”

Thanks to voluminous windows on the north and south exposures, light streams in from every angle, with treetop views that virtually eliminate any sense of being in the middle of a teeming metropolis. Passersby can see only into the entry-level kitchen, where natural wood trim here and throughout the house softens the architecture’s hard angles. “I was trying to keep everything open and inviting,” he says, “nothing super-slick or plastic.” 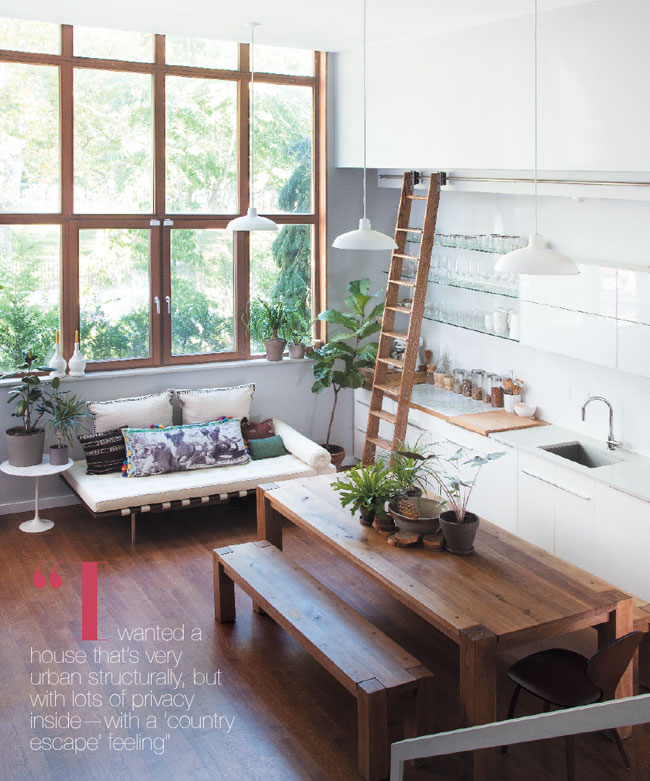 The original house’s split-level plan is still evident immediately upon entering, with views into four floors of living space. Down one level from the kitchen is the artist’s studio, formerly a garage; up a flight of stairs is the home office/living area, which overlooks a garden; a flight farther up leads to the top floor’s two bedrooms and an enormous master bath. The decor is a hodgepodge of the furniture he salvaged from the upstate home, larger upholstered pieces from a previous loft apartment, and mid-20th-century accessories given to him by his mother. “It all makes sense and goes together—at least to me—because I tend to group things that have meaning,” he says. Perhaps the most personal statement arises from the artwork that dots the walls throughout, though only a few pieces are his own—such as a pair of architectural oil paintings that are atypical of his portrait-heavy oeuvre. “They just went well with the furniture, which is probably the worst thing you can say about your own work!” he jokes, explaining that they were inspired by the first visit he made to his family’s native Cuba. He cherishes a portrait of his grandmother, done while she was working for the Spanish-language magazine Vanidades in the 1960s. 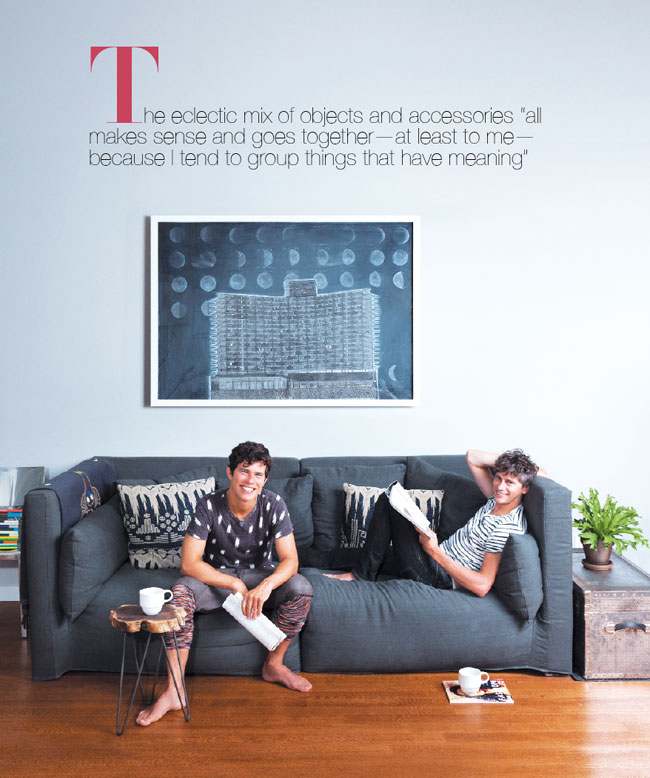 Though he confesses to missing the calm and tranquillity of country life, Goicolea also concedes that he’s “never had a place where I use all the rooms equally, and now it really feels like the right way to live. It’s the first time I’ve felt like I have a home in the middle of the city. But please, I still love to get out of town, so keep the invitations coming!”

click for a gallery view of images of this Williamsburg home!