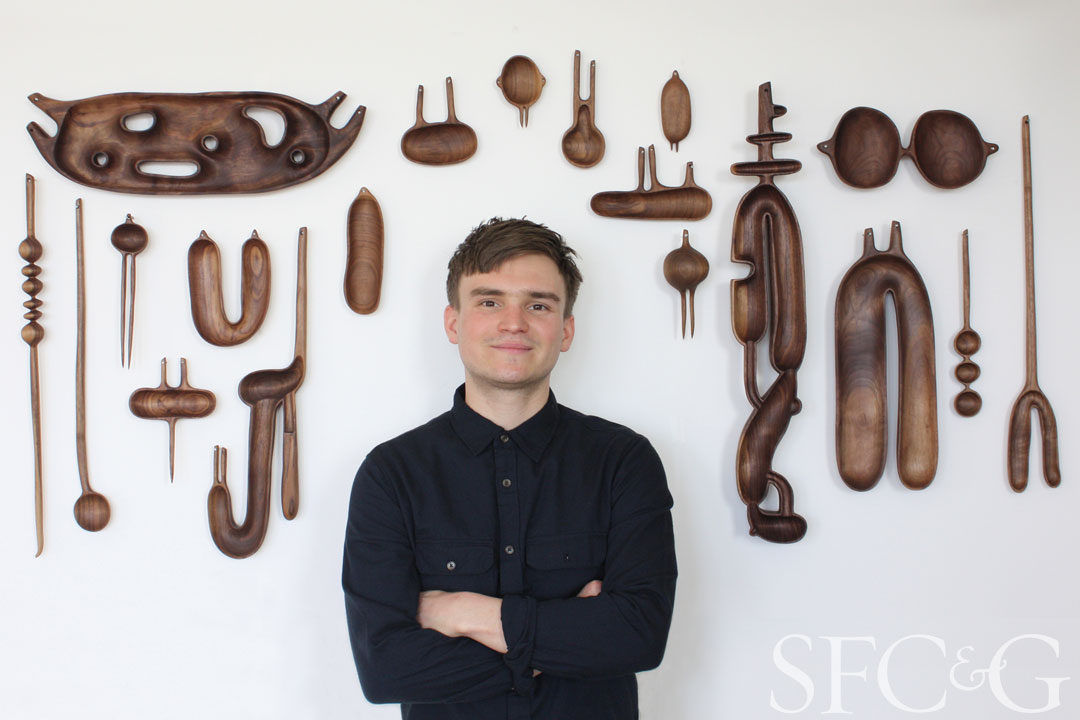 A rising star in both the design and art worlds, 28-year-old San Francisco native Julian Watts has made a name for himself creating one-of-a-kind objects that blur the line between utility and decoration. His strange, quasi-functional vases, spoons, and bowls—masterpieces of biomorphic geometry and sinuous curves painstakingly carved in domestic hardwoods like walnut, maple, and cherry—have earned him recent exhibitions at Heath Ceramics’ gallery spaces in San Francisco and Los Angeles, as well as high-profile exposure at last year’s London Design Festival and Design Miami.

“It’s all about cultivating tension between functionality and form,” says Watts, “and pushing the relationship we have with familiar household objects into a surreal place.”

Watts’ work is strongly influenced by the traditions of bespoke furniture design. In 2012, after completing a B.A. in sculpture at the University of Oregon, he returned to the Bay Area and spent three years learning woodcraft from the ground up at Cottage Table Co. in Potrero Hill. “Even though I no longer create legitimately usable objects, everything I do is seen through the lens of my experience in fine furniture making,” says Watts. Taken with the raw character and resistance of wood, he began collecting scraps and cut-offs from the workshop and, like all novice woodcarvers, started his journey by whittling spoons. From the start, Watts’ self-described “freaky utensils” defied function with their fantastically elongated handles and organ-like shapes that playfully confused interior and external. “You’re supposed to just think about them instead of use them. I make spoons for your brain instead of your food,” he laughs.

In his West Oakland studio—a modest space inside a larger industrial warehouse he shares with fellow woodworker David Ball—Watts begins each piece with a detailed sketch that he transfers directly to the wood. He draws inspiration from diverse sources: primordial forms from nature; Tantric meditative paintings; the Gutai artists of postwar Japan; and, especially, human anatomy books. “I love all the overlooked, not-as-beautiful parts of the body and try to work them into my shapes,” he muses. Using a mallet and other hand tools, he carves, figuring the depth as he goes.  He then cuts out the basic contour with a band saw, continues to refine with hand-carving, selects a finish—sanded or rough, stained or natural—and hand-oils each piece.  Of the process Watts notes, “There are unknowns,” as he inevitably discovers subtleties in grain that shift the work in new directions. 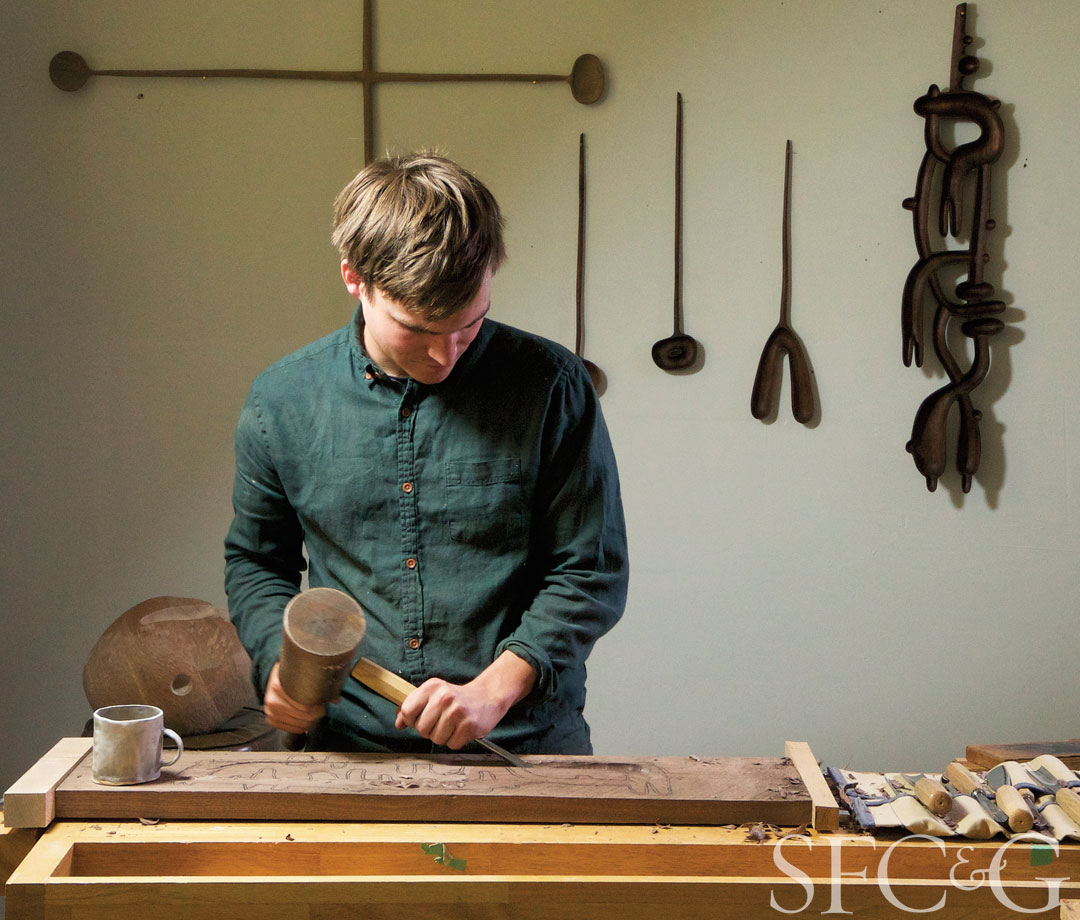 These days, while busy keeping up with orders from design tastemakers like Tyler Hayes of New York’s BDDW, Watts is looking to push his work even further into the realm of contemporary art. His next step?

He’s envisioning floor-to-ceiling installations. “It’s a dream of mine to design a complete architectural space, like a Japanese tea hut or something…I’d love to see these forms spread to furniture and walls in a total sculptural environment.”

A version of this article appeared in the February/March 2017 issue of SFC&G (San Francisco Cottages & Gardens) with the headline: Shape Shifter.