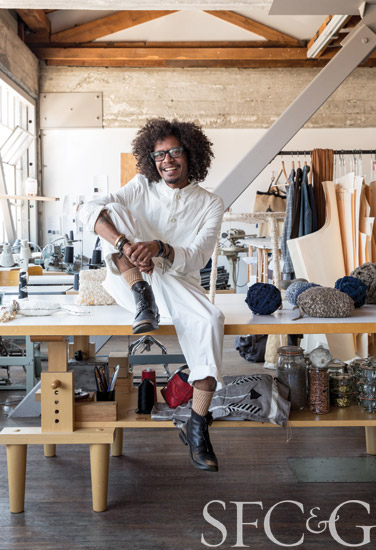 In the hands of Llane Alexis, the age-old craft of braiding has been reimagined, yielding artful, one-of-a-kind objects. While the method may be familiar, his applications are unexpected and a testament to his ingenuity.

Functional art is one category of Alexis’ work. For a show in Tokyo last year, for example, he revamped six iconic midcentury modern furniture pieces—vintage Arne Jacobsen, Alvar Aalto and Michael Thonet designs—all of which had suffered some damage. “I gave them a new lease on life,” he notes. Alexis swathed them in tightly stitched, neutral-hued braids, which preserved their forms and masked any blemishes. The Jacobsen stool, which he kept, features Indian silk that was supplied by apparel and accessories company Dosa.

Then there’s his Large Ll Orb; the effort consumes up to 160 hours and 500 yards of braided material. Conversely, the Two-Hour Orbs, comprised of hand-braided cloth that Alexis painstakingly coiled and stitched into spheres, are concluded at the two-hour mark. 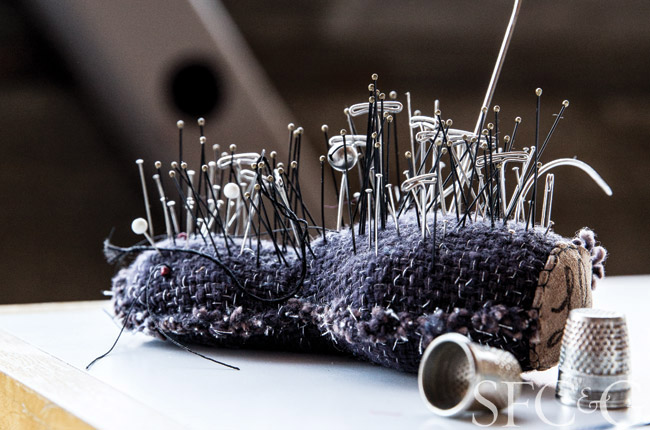 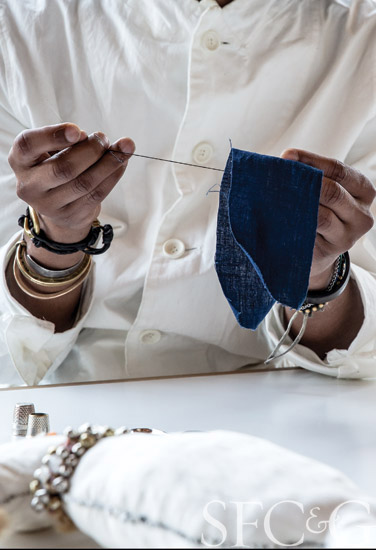 Alexis, who arrived in San Francisco 15 years ago from his native Cuba—by way of Miami and Seattle—relies on the same labor-intensive approach to make his wrapped bricks and river rocks. The foundation for the latter are large stones he collects everywhere he travels, from California locales, including the Truckee River and Joshua Tree, to the Japanese island of Amami Oshima. “They are among my favorite sculptures, and they can also be very useful,” he adds, noting that they make beautiful doorstops and bookends.

The textiles he uses embody another pillar of Alexis’ philosophy: re-use. Although his oeuvre is wide-ranging—his enormous crocheted denim rugs were displayed in the former Levi’s flagship on Union Square, and local interior designer Steven Volpe commissions him to produce baskets for clients—Alexis only utilizes fabric scraps. It is his way of addressing the waste so prevalent in the garment industry.

In addition to Dosa, he procures cloth from other artists and designers who work with natural fibers such as cotton, silk, leather, hemp, denim and linen. As the resident artist at Small Trade Company’s Mission District headquarters, Alexis has convenient access to the textile studio’s remnants. 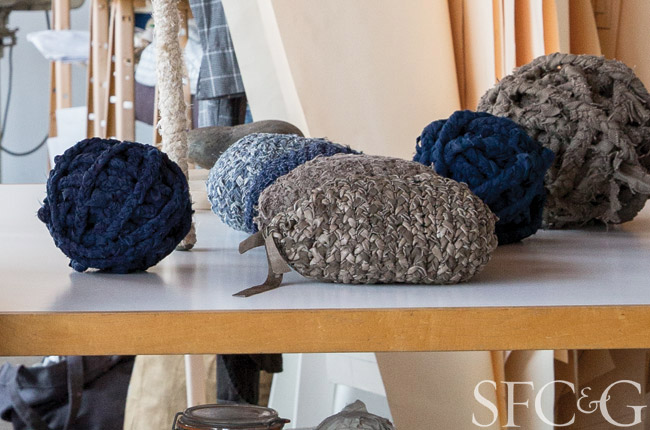 “Each fabric I work with comes with its own history,” he says. “By putting them together in a simple way—the braid—I feel like I am weaving a whole new story. 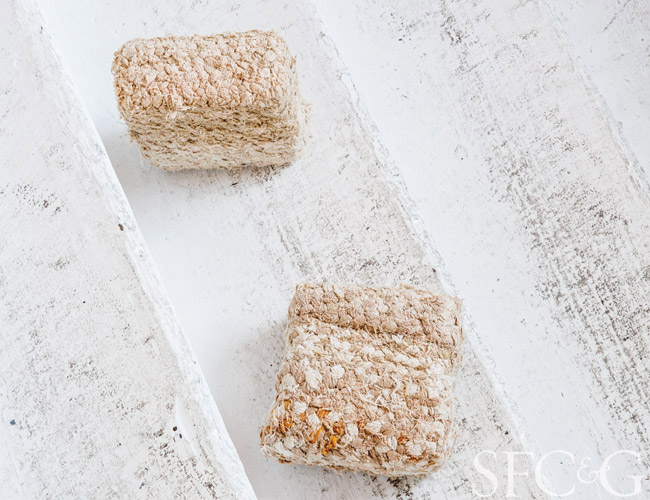 A version of this article appeared in the October 2015 issue of San Francisco Cottages & Gardens with the headline: Bold Plaiting.