"I drew before I spoke," says German artist Sabina Streeter, who has studios in both Sag Harbor, where she now lives, and Munich. Streeter carries her artist's tools whenever she travels in case inspiration strikes... 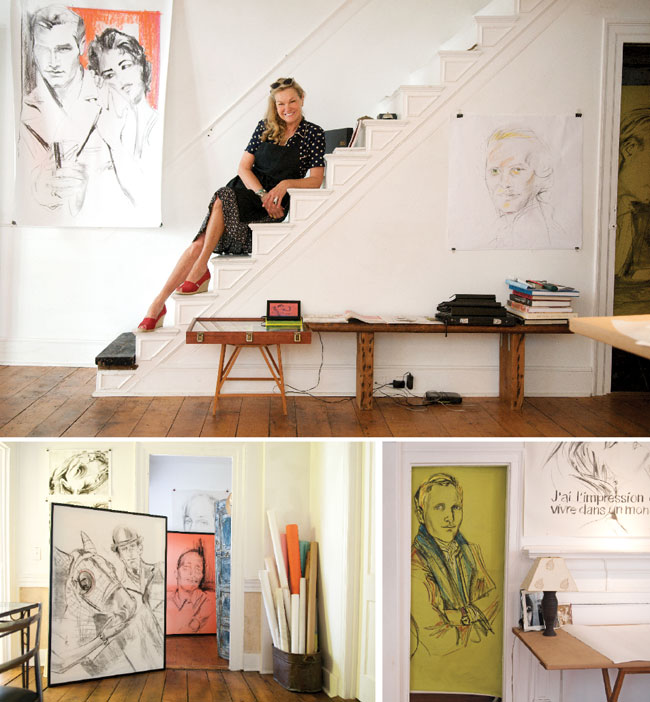 “I drew before I spoke,” says German artist Sabina Streeter, who has studios both in Sag Harbor, where she now lives, and Munich. Streeter comes from a world of creative people: Her father was an architect, her mother a filmmaker, her uncle a caricaturist, and her godfather an Oscar-winning director. “My first portrait was of our poodle-dachshund mix,” she says. “It was pretty accurate. I was six.”

Streeter, who honed her skills in art schools in Germany and New York, works mostly in charcoal and pastels, specializing in portraits with a vintage-movie/comic-book aesthetic. “The great French and Italian films of the ’60s and ’70s” are her greatest influence, says the artist, whose work has drawn the attention of Simon Doonan of Barneys New York, which showcased her portraits in display windows in Chicago, Los Angeles, and New York in a 2002 series called “Euro-Pulp.” 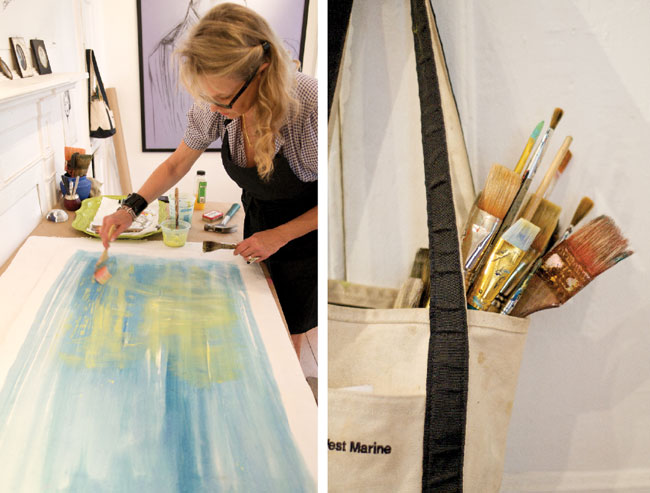 For pieces commissioned by clients, Streeter usually works from photos she has taken of them and images of their ancestors, playing up historical and physical resemblances. “They have to have a dramatic beauty or expression,” she explains. The artist always draws on a large scale, creating fluid and elegant lines. “There’s an immediacy to what I do. You can’t erase, and you have to work fast. And I like to work standing up.” After creating several sketches, Streeter consults with the client, and eventually draws the final product on heavy-duty parchment or canvas.

Unlike paint, charcoal can easily get overworked or smudgy, so “there’s no room for error,” she says. “If it’s not right, I start all over.” Streeter is currently working on a series of portraits on vellum and super-imposing them on colored backgrounds, as well as drawing horses and experimenting with other equestrian themes, along with her own pieces inspired by rare movie stills and lost scripts. “I like to capture the essence of people, to freeze a moment in their lives.”