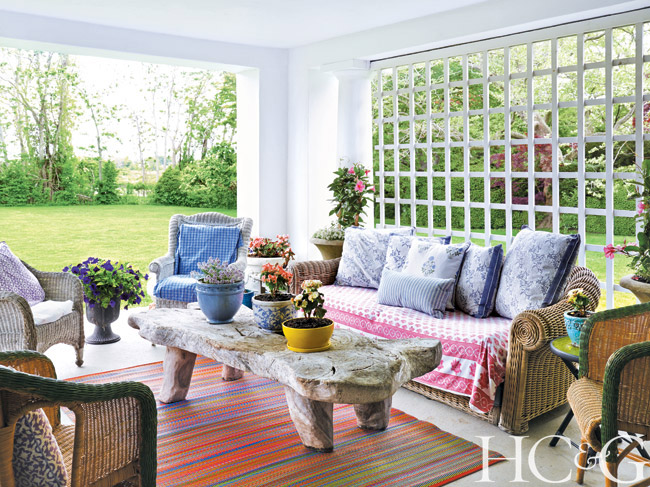 "This is a perfect day for painting,” Zoë Pennebaker Breen says as she looks out at overcast skies from her glass-enclosed art studio, originally the breakfast nook of her 101-year-old East Hampton home. It’s a late spring afternoon, and the artist’s dogs—Jasper the Cavalier King Charles Spaniel and Ladybird the rescue­—race through the yard with canine abandon, the links of the Maidstone Club stretching out just beyond in the distance.

It’s easy to imagine that there are a lot of perfect days at the rambling white stucco home, with its light gray shutters and bikes lined up out front. Breen and her husband, John, came upon the house a few years ago while looking for a place to raise their boys, Jack, 8, and Dashiell, 6. Breen lived on the East End as a child, and much of her family maintains ties to the area; her husband, who grew up in Texas, has deep roots here as well. (The two met and married in East Hampton in the 1990s.) As chance would have it, the house was the same one John’s family had rented many summers ago, and the Breens jumped at the chance to make it their own. 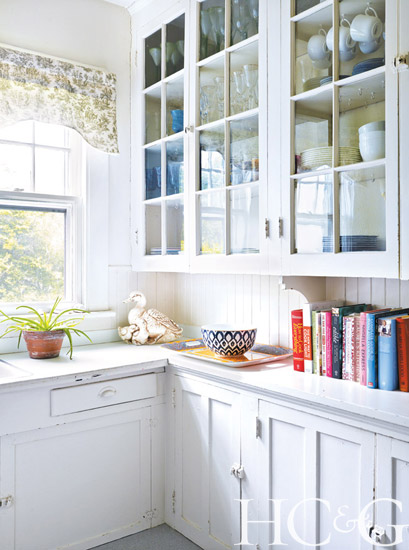 “There’s a feeling you get when you go into houses—they either work for you or they don’t,” Breen says of the amply proportioned, airy abode, which the family has rented year-round since 2009. “For us, this house is just perfect."

Designed in 1913 by J. Curtis Lawrence, the architect of the historic Ring Lardner residence nearby, the home now bears the couple’s stamp, its decor an accumulation of unusual finds and family heirlooms. A lacquer-topped table holding dozens of family photographs anchors the living room, where Breen’s abstract winter landscape The Gloaming hangs above the fireplace. The view through the entryway reveals various seating pieces with mix-and-match upholstery and pink mandevilla vines climbing the trellis on the back patio. At the vintage table in the dining room, which is typically set with one-off plates and glasses, guests often find newly created artwork at their seats—courtesy of one of the Breens’ children. And a sprinkling of estate-sale finds—including a collection of antique radios always tuned to NPR—adds further to the home’s cozy, bohemian energy. Breen and her husband call it the Hodgepodge Lodge. “This is a country house—we don’t try to make it anything but that,” says Breen, acknowledging the splattered paint that leads from the studio floor into the adjacent hallway. 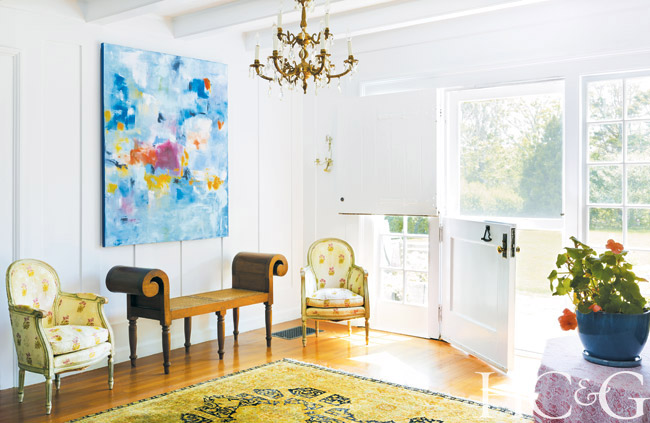 While growing up, Breen was surrounded by artists, but she did not take to painting until later in life and is largely self-taught. Her mother, a photographer, moved with Breen from Manhattan to East Hampton when Breen was young; her father, filmmaker D. A. Pennebaker, and stepmother chronicled rock culture in such 1970s films as Ziggy Stardust and the Spiders from Mars. (Incidentally, John is a filmmaker currently at work on his first documentary.) Breen’s own inspiration struck shortly after she became a mother herself. “I’d get up at five in the morning,” she recalls. “The passion was just there. I thought, This is what I have to do, and I have to do it as much as I can.”

In those early days, Breen worked outside on a paint-covered picnic table, using acrylics picked up at the Golden Eagle art supply store in town. She soon joined the Artists Alliance of East Hampton (she now sits on the board) and placed her work in Guild Hall’s annual Artist Members Exhibition in 2012, where she was named Best Abstract Artist. Last month, at Ashawagh Hall in the Springs, Breen showed her work with fellow East Hampton abstract painter David Demers in an exhibit entitled “Collision.”

For Breen, life and art continue to move apace, though she has found time to paint the interior walls of her home a crisp white–all the better to show off the fuchsias and watery blues of her most recent works. “All’s fair,” she says with a laugh, “in the process of art.”

A version of this article appeared in the July 1, 2014 issue of Hamptons Cottages & Gardens with the headline: In Living Color.