New York City kids, those who are raised in the Big Apple, are a unique breed as they grow up amidst subways, Broadway shows, and iconic buildings. And more celebrities than you might realize spent their early years here. Gwyneth Paltrow lived at a home on the Upper East Side as a teenager, meanwhile, her Royal Tenenbaums co-star Ben Stiller was a West Side kid. The Zoolander and Night at the Museum lead’s parents, late comedy legends Jerry Stiller and Anne Meara, made their family home at 118 Riverside Drive.

Ready to change hands for the first time in over 50 years, Ben Stiller’s childhood home is now asking an even $5 million. The New York Times spoke with him, and it’s clear the 3,700-square-foot co-op holds many personal memories. “It was our whole lives that happened there — everything from birthday parties, to Thanksgiving, Passover seders, and Christmas mornings and Hanukkah evenings. Living in the building was like a community of its own,” Stiller shared. 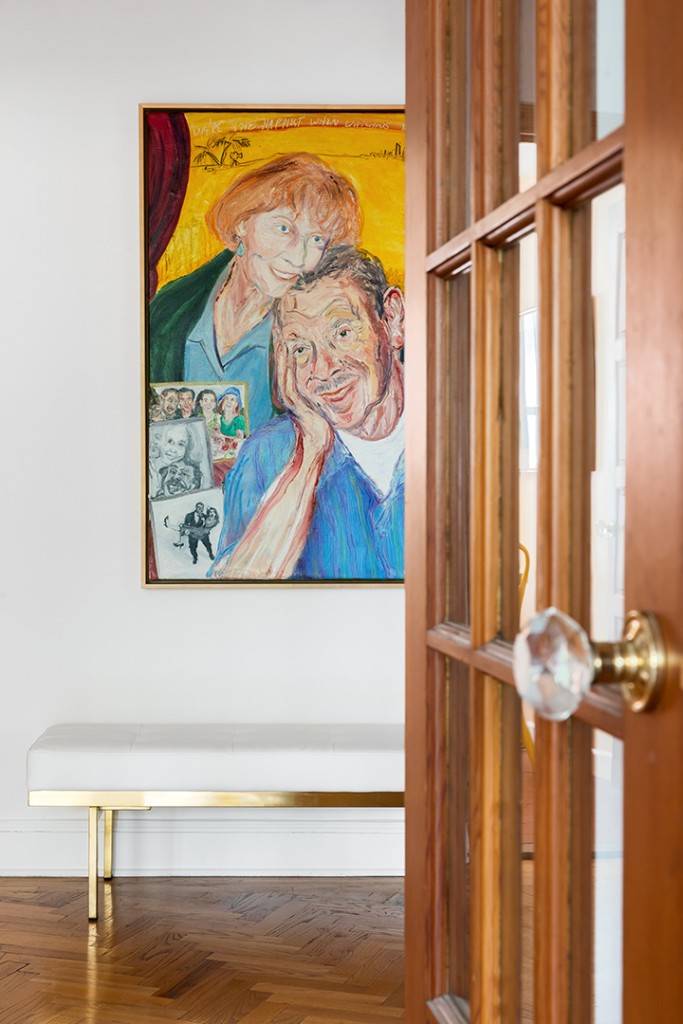 Exuding an inviting feel, the apartment is open and bright with many windows looking out to the city. Besides having a warm atmosphere, it has ample space for loved ones with five bedrooms, four full baths, and one half bath to utilize.

The Times reports that a painting by Sam Messer that the actor commissioned for his parents still hangs on the wall. Undoubtedly, Stiller and Meara will always be ingrained in the UWS home’s legacy. They combined two units to make the Manhattan residence what it is today. When asked by the West Side Rag in 2016 what made him stay, Jerry Stiller answered, “No reason to leave!”

And with unfussy charm and room for all, why would you? Bruce Ehrmann, Andrew Anderson, Christopher Morales, and Andre Yeh of Douglas Elliman hold the listing.

The Weeknd’s Striking LA Penthouse at the Beverly West Lists for $22.5M