Berlin's Appeal Lies in a Successful Blend of Past, Present and Future 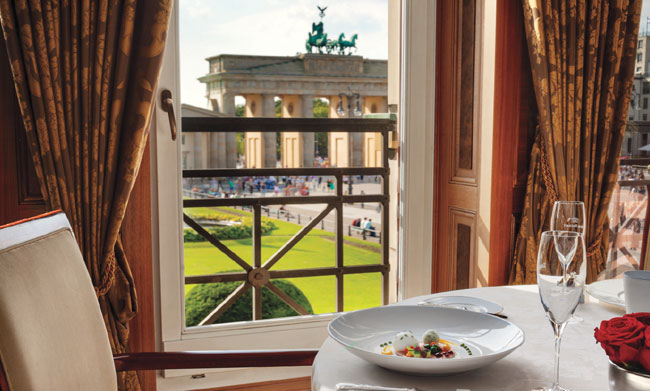 Once a fiercely divided city, Berlin has emerged as an energetic metropolis that blends art, music, fashion, design and history into one seamless experience. Berlin’s cityscape retains its graceful, elegant past amid new architecture and city planning that add vitality and interest.

Pieces of the Berlin Wall that separated the city into East and West are embedded in roads and sidewalks throughout the city. And water pipes that have functioned as the city’s water distribution system for decades run above ground in bright blues, pinks and purples. At the center of the city, the striking Memorial to the Murdered Jews of Europe, designed by American architect Peter Eisenman, was inaugurated on the eve of the 60th anniversary of the fall of the Nazi regime. On 4.7 acres between Potsdamer Platz and the Brandenburg Gate,  this “Field of Stelae” has more than 2,500 concrete pillars of varying heights arranged geometrically on an uneven surface.

Old Berlin meets the modern-day metropolis at the Lorenz Adlon Esszimmer at Kempinski’s Hotel Adlon. Classic and contemporary haute cuisine are dramatically set against unobstructed views of the Brandenburg Gate. The wood-paneled library and private dining room has a replica of the original fireplace from the hotel lobby (which was destroyed in 1945), period antiques and a ceiling painting in the style of Giovanni Battista Tiepolo. Modern retro uniforms were designed by Patrick Hellmann, a Berlin fashion designer, who also creates limited editions of Lalique vases.

Berlin’s shopping landscape is diverse. Highly individualistic designers and their showrooms, such as Atelier Haussmann, Atelier Stefan Leo and Tilman Stachat, represent some of the forward-thinking home-furnishings galleries that happily coexist with mainstream, international brands and Old Europe boutiques.  A thriving new art district located on Auguststrasse (in the Mitte section of what used to be East Berlin) has been dubbed the city’s cultural center. It offers fresh and exciting contemporary art, fashion designer boutiques and restaurants in buildings that still have World War II bullet holes on the exteriors.

2. The Royal Porcelain Factory (KPM) is closely tied to the history of Prussia and Berlin. Situated in a sprawling castle near the Tiergarten, it’s one of the oldest buildings in the city. Visit the museum and learn about the history of porcelain from when Frederick the Great acquired the factory in 1763. kpm-berlin.com.

3. When Andreas Murkudis relocated his concept store to a quiet Schöneberg courtyard during the 2011 Berlin Fashion Week, the neighborhood quickly became a shopping hotspot. Amid a cavernous white interior, with neon strip lighting, clothes by brother Kostas Murkudis, Dries van Noten and Maison Martin Margiela are displayed, alongside contemporary furniture, porcelain and house brands such as Nymphenburg. andreasmurkudis.com. 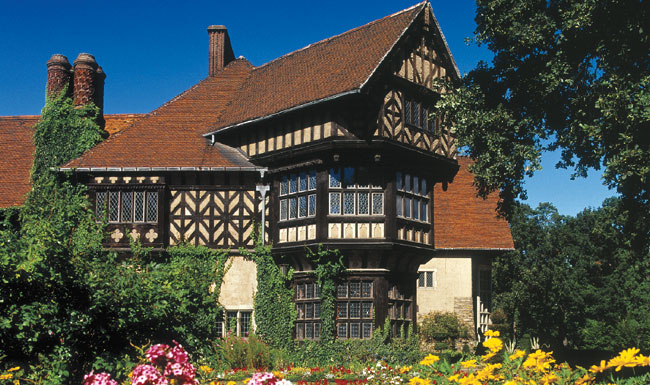 Barely 15 miles (30 minutes) outside of Berlin, and reachable by tram, train or bus, is the town of Potsdam, which boasts historic gardens and 12 palaces. Here, are a couple of palaces not to miss.

The sprawling castle (a Rococo masterpiece) and gardens of Sanssouci Palace, built 1745-47 as a summer palace for King Frederick II, typify the monarch’s lavish lifestyle. The reception hall resembles the Pantheon in Rome. Paintings by Antoine Watteau are scattered throughout the interior rooms and salons. The landscaped park has faux ruins, classical sculpture and a terraced vineyard.

The more modest but equally renowned Cecilienhof Palace was built in the English Tudor style in 1914-17 for Prince Wilhelm. During the summer of 1945, the Potsdam Conference took place here and the Allies negotiated the peace treaty that ended World War II.